Indiana Sen. Mike Braun Warns Bipartisanship is on the Verge of Vanishing 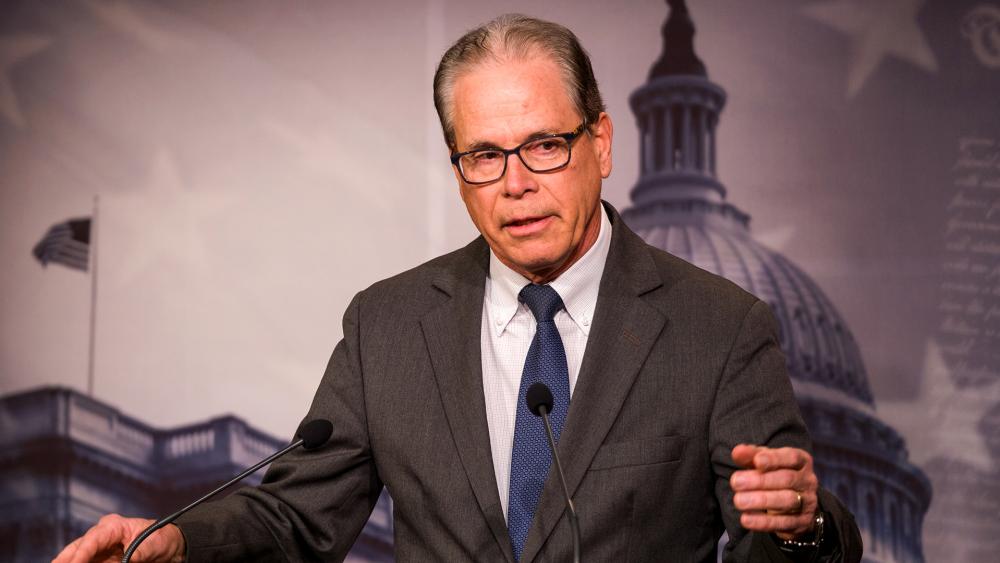 ABOVE:  Watch the CBN News interview with Sen. Mike Braun. Faith Nation is seen weeknights on the CBN News Channel.

WASHINGTON –  Even as Senate lawmakers race to meet a deadline to produce a bipartisan deal on infrastructure, Sen. Mike Braun, (R-IN), told CBN News he doesn't see it happening.

"I don't think so, because I think you can take your cue from what happened with the (American) Rescue Act," Braun said in a wide-ranging interview that aired Wednesday on CBN News' Faith Nation.

Braun acknowledged the increased dialogue between Republicans and the White House on infrastructure but pointed to Biden's proposed non-traditional infrastructure projects and the hefty price tag.

"We've gone from $2.3 trillion down to $1.7 trillion. And you're not going to find many Republicans interested in infrastructure unless you're going to have some discussion on how you're going to pay for it," Braun said, adding that he believes Democrats will pass their plan on a party-line vote through a Senate procedure called reconciliation.

"I think they're going to go through the process to say that they tried and then do exactly what they did with the rescue bill," he noted.

Braun also weighed in on the upcoming Senate debate over creating a special commission to investigate the January 6 attack on the U.S. Capitol. The Democrat-controlled House passed a version earlier this month with the support of 35 Republicans.

"I don't think there's going to be much support other than a handful of Republican senators that are going to be interested in giving them a political gift that they will belabor and belabor," he said. "It's clearly a political adventure for the other side of the aisle."

With the Senate poised to tackle contentious issues concerning election laws and criminal justice reform, calls to abolish the filibuster are growing louder among some Democrats. Unless the rules are changed, the chamber's 60 vote threshold would make advancing Democratic goals nearly impossible.

In March, Senate Minority Leader Mitch McConnell (R-KY) pledged a "scorched earth" response if Democrats leveraged their 50-50 majority with the aid of Vice President Kamala Harris. Braun told CBN News if that happens, it will effectively end President Biden's pledge to work across the aisle.

"That means you've gotten rid of any chance of bipartisanship," he declared. "I think that sometimes it has to get solved at the ballot box, and I hope in 2022 people are paying attention to what we're doing now."