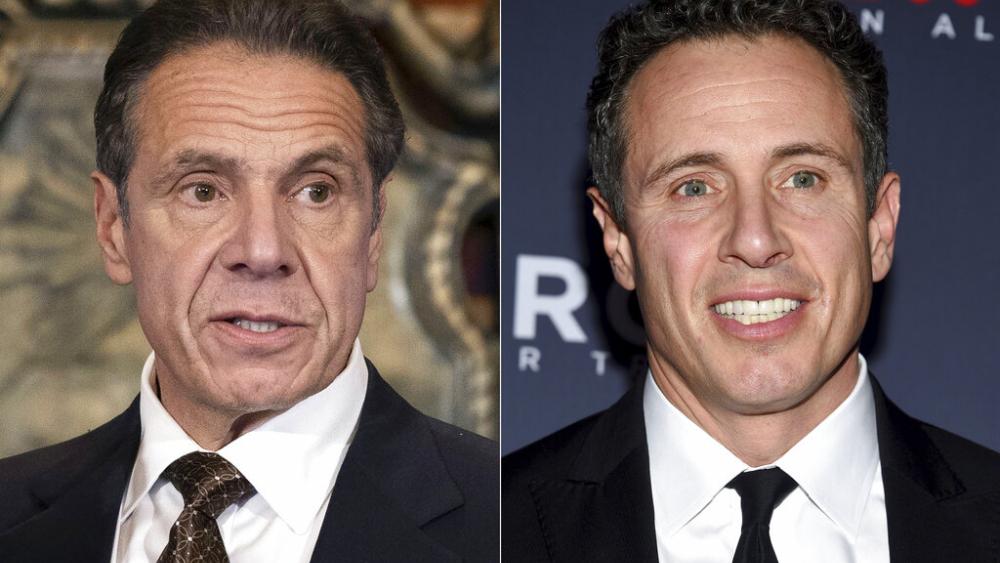 CNN anchor Chris Cuomo was suspended from the network indefinitely on Tuesday following evidence that shows how he assisted his brother, former New York Gov. Andrew Cuomo, as he faced charges of sexual harassment from more than 10 women.

The New York Attorney General released nearly nine hours of video testimony on Monday, which was recorded this summer as part of an investigation that found Andrew Cuomo sexually harassed 11 women.

CNN stated that the information revealed Chris Cuomo was involved at a higher level in helping his brother through the scandal than was previously known. “As a result, we have suspended Chris indefinitely, pending further evaluation,” the network said.

The AG also released testimony of six of Andrew Cuomo's accusers, including Lindsay Boylan, Charlotte Bennett, and Brittany Commisso. "I have hugged her, and she has initiated many of the hugs," the ex-governor said of Commisso in his testimony.

However, that's not what Commisso claims. She says those hugs made her uncomfortable and were much more sexual in nature. "I remember his hand just sliding right up my blouse," Commisso testified. "I remember looking down. I remember seeing his hand, which is, I would say, that's a large hand, and over my bra."

The AG's report says they found Cuomo's "denials to lack credibility and to be inconsistent with the weight of the evidence obtained during our investigation."

Gov. Cuomo is now charged with misdemeanor forcible touching coming from that alleged incident with Commisso.

CNN Anchor Chris Cuomo Hunted Down Details for His Brother

The documents show Chris Cuomo played a key role in advising the former governor and checking with journalists on their stories about the scandal.

The new information, which comes from the CNN anchor's July testimony and 169 pages of text messages, emails, and other communications, reveals he reportedly worked to find out whether more women were going to come forward. He then gave detailed feedback on his brother's statements to the press and passed along information about upcoming stories involving accusers to the governor's advisers.

CNN issued a statement saying it will review the records because they "deserve a thorough review and consideration". Chris Cuomo has previously said he "tried to do the right thing,” adding he “wasn't in control of anything.”

Meanwhile, Andrew Cuomo maintains his innocence. His attorney says the evidence released was manipulated with selective editing and redactions.