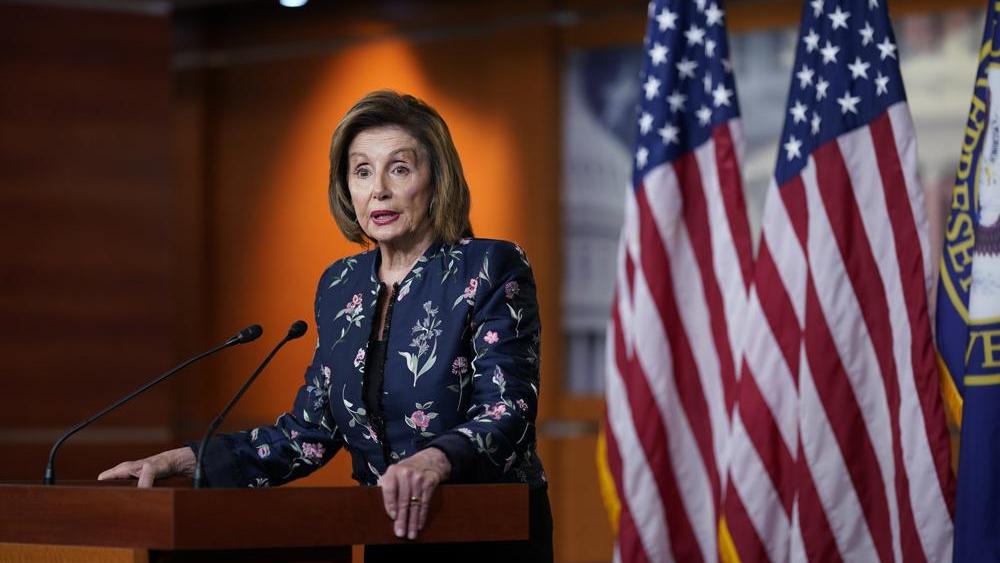 House Speaker Nancy Pelosi kicked off her Asia tour Monday starting in Singapore and then heading to at least three other countries.

Taiwan is not on her official itinerary, but a senior Taiwanese official says Pelosi is expected to stop there.

President Biden initially signaled the trip might not be a good idea, however, the new message from the White House is that it will support Pelosi if she chooses to visit Taiwan.

"There is no reason for Beijing to turn a potential visit, consistent with longstanding U.S. policy, into some sort of crisis or conflict, or use it as pretext to increase aggressive military activity in or around the Taiwan strait," Kirby said.

The subject of the Speaker visiting Taiwan also has bipartisan support.

"I hope she doesn't back down. I've said this before, I disagree with Speaker Pelosi on almost every issue, and I won't be sad to see her go come the next Congress. But on this issue she actually does have a long track record, going back to Tiananmen Square, of being willing to criticize the Chinese Communist Party and stand up to Taiwan," Rep. Mike Gallagher (R-WI) told Fox News.

Pelosi's travels coincide with the anniversary of the founding of the People's Liberation Army.

Over the weekend, Beijing sent a message by conducting live-fire military drills off its coast, just across from Taiwan.

On Monday, China's Foreign Ministry Spokesman made it clear that if the Speaker visits Taiwan, it will lead to, "a very serious situation and consequences."

While he didn't provide specifics as to any consequences, he added, "the People's Liberation Army will not sit by idly."

"This is part of what China calls its wolf diplomacy, where it intimidates, badgers, manipulates its neighbors and countries around the world to get its way," Rep. Mike Waltz (R-FL) said during an interview with Fox.

According to a statement from Beijing, in reference to Taiwan, President Xi warned Biden that those who play with fire will perish by it.

"In some meaningful sense, the invasion of Taiwan has already begun. This is part of it. They're preparing the battle space, they're trying to make us afraid. They're trying to convince the Taiwanese they can't count on us, and we need to stand up to that growing aggression," Rep. Gallagher stated.

In terms of the timing of a Pelosi visit, there's speculation that she will arrive on the island Tuesday, spend the night, and then hold meetings on Wednesday.

The Speaker has said the focus of her Asia trip is on mutual security, economic partnership, and democratic governance.