Amazon Suspends Charitable Giving to National BLM - What Happened to the $60 Million? 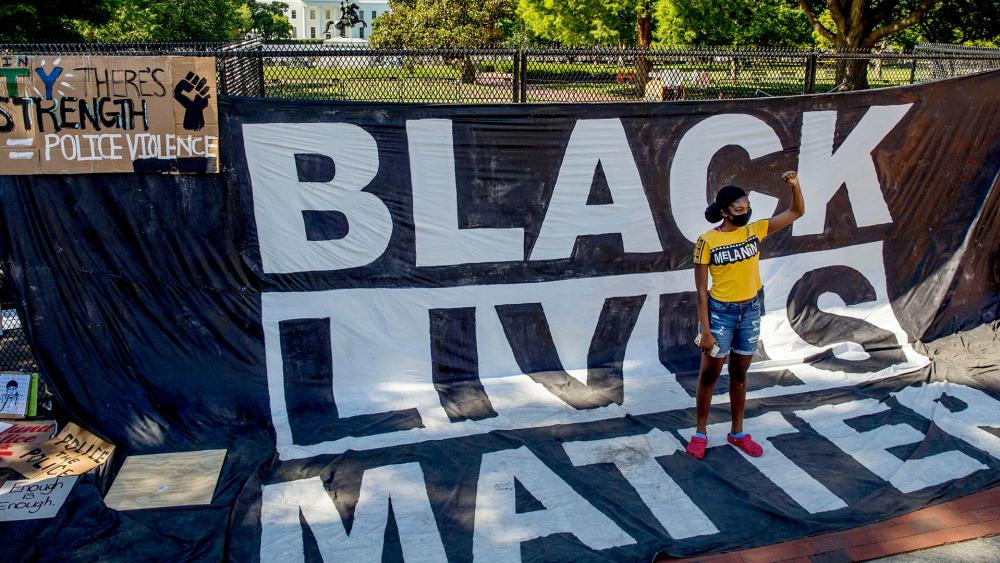 In this June 8, 2020, file photo, the White House is visible behind a woman who holds her fist up as she poses for a photograph with a large banner that reads Black Lives Matter hanging on a security fence in Washington. (AP Photo/Andrew Harnik, File)

Ongoing questions over the millions of dollars raised by the Black Lives Matters Global Network Foundation (BLMGNF) since nationwide protests in 2020 have caused Amazon to suspend the organization from its charity program.

Amazon customers can designate their favorite non-profits to receive a portion of their purchases (0.5%) donated through AmazonSmile, and although many local Black Lives Matters chapters are still listed as approved charities, BLMGNF – the national arm of the BLM movement – is no longer listed as an approved non-profit.

An Amazon spokesman told Fox Business that charities participating in the AmazonSmile program must meet state rules for non-profits.

"Unfortunately, this organization fell out of compliance with the rules in several states, so we've had to temporarily suspend them from the program until they come into compliance."

Amazon said customers who have already designated BLMGNF as a recipient of AmazonSmile charitable funding may continue to support them, and any funds accrued will be sent to the organization once it comes into compliance.

According to the Washington Examiner, which first reported this story, AmazonSmile donated $10 million to BLM and other social justice charities less than two years ago, at the height of nationwide protests following the death of George Floyd.

Earlier this month, BLM shut down all online fundraising following legal threats from the California and Washington state attorneys general. Although BLM said it received $60 million in donations during 2020, the AG's allege BLM failed to report contributions received in the second half of that year.

According to Real Clear Politics, BLM also purchased a $6 million mansion in Toronto which was the former headquarters of Canada's Communist Party.

Attorneys general in other states, including Maryland, Maine, North Carolina, New Jersey and Virginia, report BLM is out of compliance with charity registration rules in their states.

Some, including leaders from several state BLM chapters, are still wanting to know what happened to the $60 million received nationally from what Cullors once described as donations from "white corporation guilt."