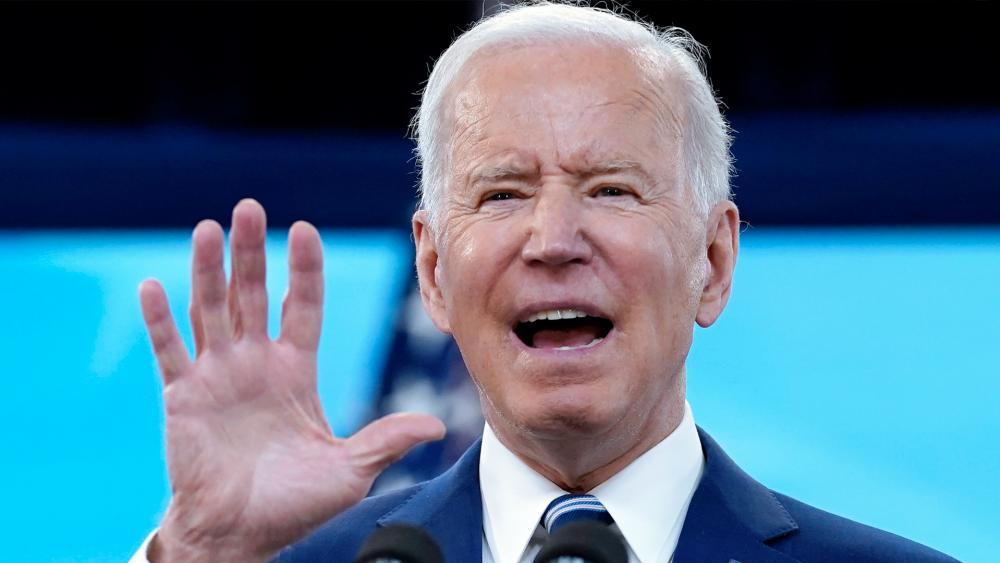 WASHINGTON – Inflation is now the number one topic on voters' minds this year, hitting consumers hard in the pocketbook as prices keep rising and rising. On Monday, President Biden was feeling the heat over the issue, lashing out at a Fox News reporter who asked him about the impact of the skyrocketing cost of living.

Inflation is the worst it's been in 40 years and consumers are feeling it with just about everything costing more. Foods like meat, poultry, fish and eggs, for example, have all surged 12.5 percent compared to last year.

The New York Times editorial board came out with this headline: "The President's Economy is Failing the Big Mac Test." Essentially, Americans can't buy as many hamburgers as they used to, a measure of how inflation is affecting the bottom line in household budgets.

"A lot of families when they're going to the grocery store, if they can find the items they're looking for, they're finding, wow we can't even afford to have a nice steak once in a week," said Joel Griffith with the Heritage Foundation on CBN's Faith Nation. "They're going ahead and buying ground chicken in substitute. And this is happening in so many areas of consumers' lives."

"The Joe Biden 'knock-on wood' strategy is just not producing results," said former White House Chief of Staff Mark Meadows. "So, what will they do for the next year? They will spin it as we started to see yesterday that it's not Joe Biden's fault, that it's the Republicans fault and you need to change your expectations because it's not really as bad as you think it is."

A recent CBS News poll shows most Americans agree Biden needs to do more – 65 percent say he isn't focusing enough on inflation and 62 percent disapprove of his handling of the economy.

Biden showed his frustration Monday with a sarcastic and demeaning comment, cursing a reporter who asked him about inflation at a White House meeting on lowering prices.

Reporter: "Do you think inflation is a political liability ahead of the midterms?"

Democrats: Donald Trump’s attacks on the press are an attack on the First Amendment.

Joe Biden to Peter Doocy: “What a stupid son of a b*tch.”

We're told the president later called that reporter to "clear the air."

Biden contends that passing his stalled multi-trillion-dollar spending plan will bring inflation down and that New York Times editorial points to the administration's pandemic relief as one reason why it says things aren't worse.

"All of this government spending that we've seen over the past year and a half has actually made the situation worse," said Griffith. "There are so many families, for instance, who loved getting those checks in their checking account or their mailboxes from the government about a year ago. Well, that's just the tip of the iceberg when it comes to new spending."

The Federal Reserve begins two days of meetings Tuesday and is expected to begin raising interest rates in March in an effort to bring down inflation. Higher rates though could also bring more economic turmoil.