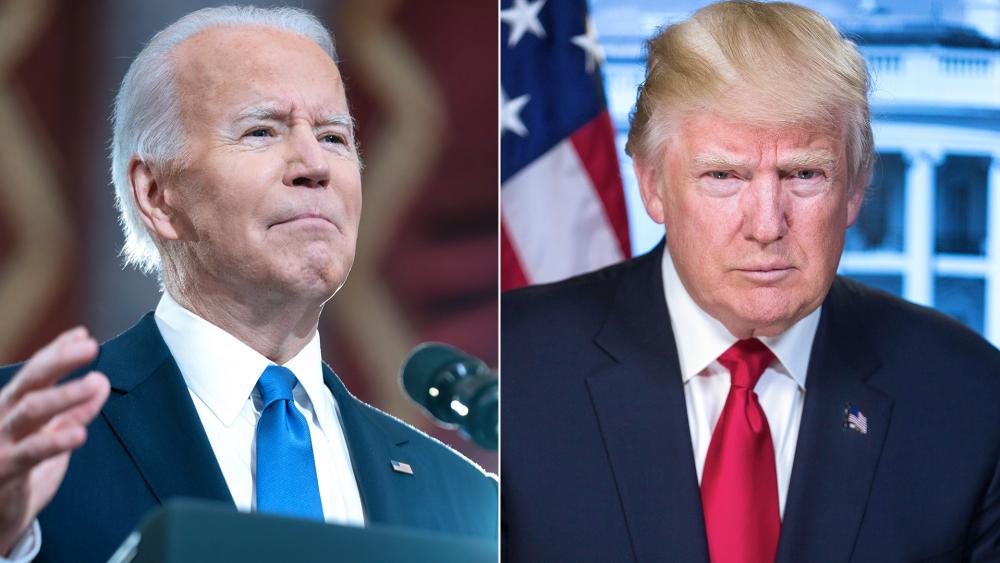 Now one year after the Capitol riot, the division in Washington alone is still striking.

Democrats led a charge to remember the day, while many Republicans shied away from the spotlight.

President Joe Biden started it off with a speech from Statuary Hall at the U.S. Capitol aimed directly at former President Donald Trump.

"The former president of the United States of America has created and spread a web of lies about the 2020 election," Biden said. "He's done so because he values power over principle. Because he sees his own interest as more important than his country's interest than America's interest, and because his bruised ego matters more to him than our democracy or our Constitution."

Biden called on Americans to support the rule of law rather than the rule of a single man.

"You can't love your country only when you win," he said. "You can't obey the law only when it's convenient. You can't be patriotic when you embrace and enable lies. Those who stormed this Capitol, and those who instigated and incited, and those who called on them to do so, held a dagger at the throat of America and American democracy."

Trump immediately fired back with a statement of his own, writing:

"Biden, who is destroying our nation with insane policies of open borders, corrupt elections, disastrous energy policies, unconstitutional mandates, and devastating school closures, used my name today to try to further divide America," he said. "This political theater is all just a distraction for the fact Biden has completely and totally failed."

He also criticized some Democrats for trying to, "exploit this anniversary to advance partisan policy goals."

At the Capitol, House Speaker Nancy Pelosi (D-CA) encouraged her colleagues to find common ground, reciting words spoken by President George Washington as he delivered the Constitution to Congress.

"This Constitution represents the creation of a government which would allow for the continuation of rigorous debate, but relies upon the common sense and good faith of the American people to find the better angels of our human nature."

Investigations into what happened on Jan. 6 are ongoing. The Justice Department has made more than 700 arrests so far.