Senate Aims to Boost US Semiconductor Industry: 'America First' or a Boon for 'Fashionable Left-Wing Causes'? 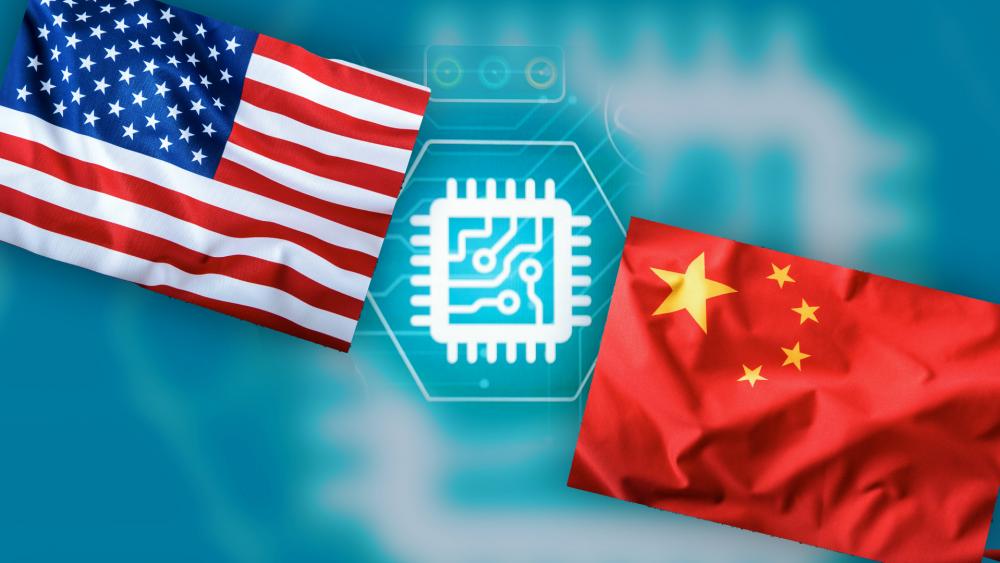 Lawmakers are looking to help the struggling economy with legislation aimed at creating new jobs, improving supply chain issues, and lessening the dependency on other countries that could hold the U.S. tech industry hostage in the future.

The Senate advanced a $280 billion plan on Tuesday designed to boost the U.S. semiconductor industry and accelerate high-tech research that backers say will be critical to the economy in future decades.

Known as H.R. 4326, The Chips and Science Act of 2022, the bill would provide roughly $52 billion in funding for U.S. companies to produce semi-conductor chips here at home.

A version of the bill passed the Senate last year but stalled in the House.

"I firmly believe that passing this bill will be a turning point for American leadership in this century," said Senate Majority Leader Chuck Schumer (D-NY). "The benefits of this legislation will reverberate across the country for years and decades to come."

A procedural vote on the bill passed Tuesday -- 64 to 32. The legislation is now on a path to final passage in the Senate, likely on Wednesday. Supporters hope the bipartisan legislation will then quickly pass the House.

The White House has led support for the bill, along with industry leaders who say government subsidies are necessary to compete with other nations that are also spending billions of dollars to lure manufacturers. They say the pandemic has exposed dangers to the economy and to national security – dangers of relying too heavily on foreign-made computer chips.

The bill provides about $52 billion in grants and other incentives for the semiconductor industry as well as a 25% tax credit for those companies that build chip plants, or fabs, in the U.S. The cost of the tax break is projected to be about $24 billion over 10 years. The measure also authorizes about $200 billion to enhance scientific research over the same time frame, including programs at the National Science Foundation.

The bill attracted support from lawmakers in both parties who say the investment is critical to U.S. innovation and staying ahead of economic rivals in coming decades, namely China.

"This is so important for our national security. Semiconductor chips go in all of our weapons systems. But everything from your cell phone to your vacuum cleaner, the price of semiconductors have gone up, and it affects the costs for so many things for Americans," Kelly said. "So this is going to bring down costs, secure our national security. And we're not going to have to worry so much about the actions of an adversary, meaning China, when it comes to our supply of semiconductor chips."

The Congressional Budget Office has projected that the bill would increase deficits by about $79 billion over 10 years. Critics from the left and the right have objected to all that deficit spending, calling it misplaced or excessive.

"At a time when the working families of this country are falling further and further behind while the very rich are getting much richer, let us get our priorities right," said Sen. Bernie Sanders (I-VT).

Sen. Rick Scott (R-FL) warned the legislation is just a large giveaway to big business with no obligation for tech companies to produce anything and could also intensify inflation.

"If we're going to invest dollars, we ought to get a return," Scott said during a recent interview with Fox News. "There's no return for the American taxpayer in this legislation, except maybe in regards to making inflation worse."

"A company like Intel — which made $20 billion last year, and their CEO made $180 million — {they're} going to get $3 (billion) to $4 billion to build something, but we don't specify exactly what it is," he said. "There's no obligation for them to build the technology we need, but they get the money and a tax credit anyway."

Others warn the 1,000-page bill is merely a handout to industry and to higher education with no meaningful investment to help American companies compete.

In an op-ed published Monday, the editors of the National Review pointed out that the new CHIPS+ bill does not help U.S. efforts to directly compete with the Chinese Communist Party.

"Just as it was last time, the latest Senate proposal is light on measures intended to give America the advantage vis-à-vis China; in the thousand-page text advanced last week, there are eleven mentions of the word 'China.' Most of the legislation instead focuses on semiconductor-manufacturing subsidies and a massive $80 billion boost to the National Science Foundation," the editors wrote. "Meanwhile, there's no meaningful investment in the government agencies that have a direct bearing on American competitiveness: the Defense Advanced Research Projects Agency, the Commerce Department's export-control cell, the Justice Department's foreign-agent enforcement unit, and the Treasury."

"Unsurprisingly, the Schumer-advanced version lends itself to fashionable left-wing causes via the NSF, establishing a chief diversity officer and fast-tracking government-funded climate-change research. It's not clear why this emphasis on NSF is germane to a purportedly China-focused bill, other than to serve Democrats' political purposes," the op-ed continued.

Senate Minority Leader Mitch McConnell (R-KY) led a group of 17 Republican senators who voted to limit debate and advance the bill. While some Republicans have voiced concerns about the spending in the bill, others have emphasized the need to address national security vulnerabilities resulting from the U.S. reliance on plants in Taiwan and South Korea for the most advanced computer chips.

"We are not used to providing these kinds of financial incentives to businesses, but when it costs 30 percent less to build these manufacturing facilities across the seas in Asia and our access to that supply chain is potentially jeopardized by very real threats, it is a necessary investment for us to make," said Sen. John Cornyn (R-TX).

The goal is to get it to the president's desk before lawmakers leave town for August recess which begins Aug. 6.

In a statement, the Semiconductor Industry Association, a trade group representing chipmakers, said the bill will "strengthen American chip production and innovation, economic growth and job creation, and national security."

"America has a historic opportunity to re-invigorate domestic chip manufacturing, design, and research, and Congress should seize it before it's too late," the statement said.