Could Texas Become an 'Independent Nation'? State GOP Calls for Legislature to Vote Next Year on Secession 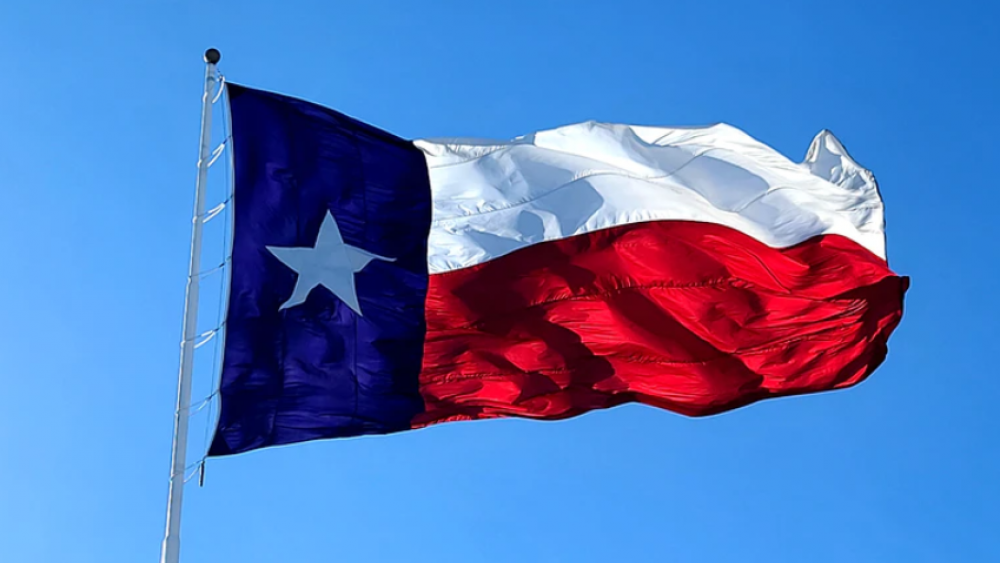 Texas Republicans have suggested their state legislature should call for a vote in 2023 to decide if the state should secede from the rest of the country.

Newsweek reports the question of Lone Star State sovereignty was just one of 270 resolutions adopted by the state GOP's party platform after last week's convention in Houston.

Other measures in the platform approved by the Texas GOP also address hot-button issues, including homosexuality that's described as "an abnormal lifestyle choice."  Another calls for a total ban on abortion and "equal protection for the Preborn."

The state party's platform has not yet been finalized, James Wesolek, a spokesperson for the Texas GOP, told CNN, but votes are being tallied on each individual plank.

Found on page 6 of the 40-page document, titled "State Sovereignty," the platform states:  "Pursuant to Article 1, Section 1, of the Texas Constitution, the federal government has impaired our right of local self-government. Therefore, federally mandated legislation that infringes upon the 10th Amendment rights of Texas should be ignored, opposed, refused, and nullified. Texas retains the right to secede from the United States, and the Texas Legislature should be called upon to pass a referendum consistent thereto."

Then on page 32 in the section on State Governance under subhead 224 titled "Texas Independence," the resolution reads, "We urge the Texas Legislature to pass a bill in its next session requiring a referendum in the 2023 general election for the people of Texas to determine whether or not the State of Texas should reassert its status as an independent nation."

The enduring myth that Texas can legally secede from the United States continues due to the Lone Star State's history of independence, according to The Texas Tribune.

"Simply put, the answer is no," the newspaper reported in 2021, citing legal and historical precedents.

Texas declared and won its independence from Mexico in 1836, but the Republic of Texas was not recognized by the U.S. until 1837. It operated as its own nation for nine years before it became a U.S. state.

Although Texas was annexed by the United States in late December 1845, the formal transfer ceremony occurred on February 19, 1846, thus officially ending diplomatic relations between the Republic of Texas and the United States, according to the Office of the Historian at the U.S. Department of State.

Congress approved the Joint Resolution for Annexing Texas to the United States which was approved on March 1, 1845.

The measure which said that Texas could divide itself "New States of convenient size not exceeding four in number, in addition to said State of Texas" is often a cause of confusion about the state's ability to secede, according to The Tribune.

The language in the 177-year-old resolution is clear. Texas can split itself into five new states, but the document says nothing of splitting or leaving the United States.

In the lead-up to the Civil War, Texas became the seventh state to secede from the Union when a state convention voted 166 to 8 in favor of the measure on Feb. 1, 1861. After the war, it was readmitted as a state in 1870.

But the question of secession had already been settled by the U.S. Supreme Court in 1869. In the case, Texas v. White, the high court declared that secession was not legal. Even during the war, Texas remained a state even though it was in rebellion.

"When, therefore, Texas became one of the United States, she entered into an indissoluble relation," the court said. "All the obligations of perpetual union, and all the guarantees of republican government in the Union, attached at once to the State. The act which consummated her admission into the Union was something more than a compact; it was the incorporation of a new member into the political body. And it was final."

"Considered therefore as transactions under the Constitution, the ordinance of secession, adopted by the convention and ratified by a majority of the citizens of Texas, and all the acts of her legislature intended to give effect to that ordinance, were absolutely null," the court ruled.

The late Supreme Court Justice Antonin Scalia also tried to put any doubt to rest when responding to a letter from a screenwriter in 2006 asking if there is a legal basis for secession, according to The Tribune.

"The answer is clear," Scalia wrote. "If there was any constitutional issue resolved by the Civil War, it is that there is no right to secede. (Hence, in the Pledge of Allegiance, 'one Nation, indivisible.')"

But modern secessionist efforts have continued in Texas for decades. Newsweek notes that it's not clear how popular the effort is among Texans, but the Texas Nationalist Movement's website claims more than 400,000 Texans support its work to "make Texas an independent nation again."

CBN News has reached out to the Texas GOP for comment. We'll post it here if we receive a reply.

One resolution that has caught attention appears on the last page of the Texas GOP platform. It reads, “We believe that the 2020 election violated Article 1 and 2 of the US Constitution, that various secretaries of state illegally circumvented their state legislatures in conducting their elections in multiple ways, including by allowing ballots to be received after November 3, 2020. We believe that substantial election fraud in key metropolitan areas significantly affected the results in five key states in favor of Joseph Robinette Biden Jr. We reject the certified results of the 2020 Presidential election, and we hold that acting President Joseph Robinette Biden Jr. was not legitimately elected by the people of the United States.”

“We strongly urge all Republicans to work to ensure election integrity and to show up to vote in November of 2022, bring your friends and family, volunteer for your local Republicans, and overwhelm any possible fraud,” the resolution concluded.