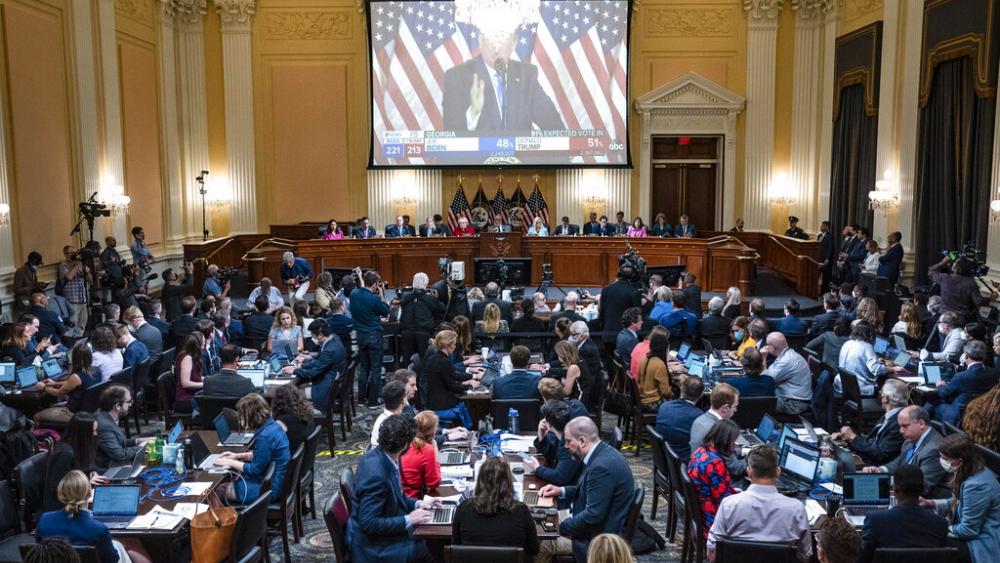 The January 6th Committee held its second hearing Monday which focused on claims made by former President Donald Trump and his campaign about the 2020 election.

The committee's goal was to prove that the election was not stolen, and many in Trump's inner circle knew that.

Video from a number of Trump advisors who testified indicated that they did not believe the 2020 election was stolen from the president.

"I made it clear that I didn't believe the election was stolen, I thought it was bull****," testified former Attorney General Bill Barr.

Witnesses revealed that they believed many of the fraud claims being shared with President Trump came from him and attorney Rudy Giuliani.

Some testified that Giuliani appeared to be intoxicated at the White House on election night and urged Trump to declare victory that night ... a move with which other advisers disagreed.

"My recommendation was to say that votes are still being counted. It's too early to tell, too early to call the race," said former Trump campaign manager Bill Stepien.  "I don't recall the particular words. He thought I was wrong. He told me so and, you know, that they were going to, he was going to go in a different direction."

"I don't know that I had a firm view as to what he should say in that circumstance," Trump's daughter Ivanka said in a clip from her video testimony. "The results were still being counted. It was becoming clear that the race would not be called on election night."

Trump's son-in-law Jared Kushner testified that he was skeptical of what Giuliani and the President were telling him.

"Basically, not the approach I would take if I were you," recalled Kushner.

When asked how Trump responded, Kushner said he replied, "I have confidence in Rudy."

Barr also testified that he saw no evidence of fraud on a scale that could have impacted election results.

"I was somewhat demoralized because I thought, boy, if he really believes this stuff he has, you know, lost contact with—become detached from reality," claimed Barr.

The former attorney general said he found that claims against Dominion voting machines being flawed or tampered with "most disturbing" and described them as "idiotic claims."

"I saw absolutely zero base for the allegations but they were made in such a sensational way that they obviously were influencing a lot of people, members of the public," he said.

Barr quit on December 14th, 2020, although others in Trump's circle continued to tell the President the claims were false.

"None of those allegations had been substantiated to the point where they could be the basis for any litigation," former counselor to the President, Derek Lyons, said in a pre-recorded video testimony.

And concerns were shared with Vice President Mike Pence.

"He (Mike Pence) asked me if we were finding anything, and I told him I was not personally finding anything sufficient to alter the results of the election, and he thanked me and that was our interaction," recalled former Trump campaign lawyer Alex Cannon.

One witness also testified that the Trump campaign used 2020 election fraud as a fundraising strategy leading to donations of $250 million dollars. Money raised reportedly went to Trump's Save America PAC rather than any legal effort to pursue claims of fraud.

"Throughout the committee's investigation, we found evidence that the Trump campaign and its surrogates misled voters as to where their funds would go and what they would be used for. So not only was there the big lie, there was the big rip-off," said Committee member Rep. Zoe Lofgren (D-CA).