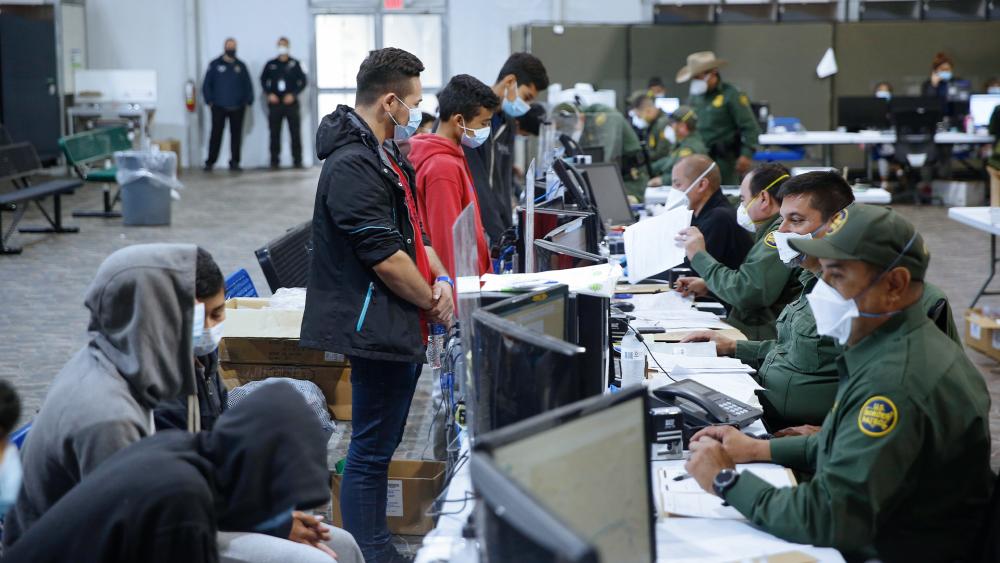 The Biden administration is expected to announce as early as Friday the expiration of Title 42, a COVID-19 policy that has allowed Border Patrol agents to turn away people who are trying to cross the U.S.-Mexico border.

The Trump administration originally put the public health order into place early in the pandemic as COVID-19 cases soared.

Now, with COVID rates falling, top Democrats like Senate Majority Leader Chuck Schumer have called for an end to Title 42.

But on Wednesday, a group of GOP senators warned that allowing the order to expire would overwhelm Border Patrol.

"The Border Patrol tells me if it expires, without a plan being put into place to allow them to handle this volume of migrants, they will simply lose control of the border," said Sen. John Cornyn (R-TX).

The health order has allowed authorities to expel more than 1.7 million migrants since March 2020.

Earlier this week, the Department of Homeland Security reported that 7,100 migrants are arriving daily at the border, compared to 5,900 a day in February.  Officials say they're planning for as many as 18,000 daily arrivals this year.

The GOP senators say they're concerned not just about a spike in arrivals, but also an increased flow of drugs and further backlog in the already overwhelmed asylum system.

Last year we had 2 million people illegally cross our border—the highest ever.

Instead of addressing the problem he created Biden continues to make matters worse.

The chaos needs to stop. pic.twitter.com/94Ta93FnUb

"There's a 1.5 million backlog for dealing with asylum claims," said Sen. Rob Portman (R-OH). "This means that when you're allowed into this country to await an immigration judge looking at your case there will be anywhere from four to six years before your case is considered."

Ali Noorani, the president of the National Immigration Forum and author of "Crossing Borders: The Reconciliation of a Nation of Immigrants," told CBN News he believes that Title 42 should be lifted but that the Biden administration must add infrastructure and personnel at the border to accommodate increased volume.

Ultimately, he says, the U.S. must undermine the cartels. "The only people that are winning right now are the cartels," he said. "They have monetized migration from Central America. We have outsourced our immigration system to the cartels."

Noorani contends that providing legal immigration pathways would provide options for immigrants that are entirely reliant on the asylum system and take away business from the cartels.

For years, immigration advocates have lobbied Congress for reform without success. Now, with the border threatening to explode and the DACA program facing court challenges, there's perhaps incentive for lawmakers to act says Noorani.

"We've seen multiple reports of Sen. Durbin, a Democrat and Sen. Cornyn, a Republican, starting to have conversations and I know behind the scenes there are even more conversations happening between Republicans and Democrats," he said.