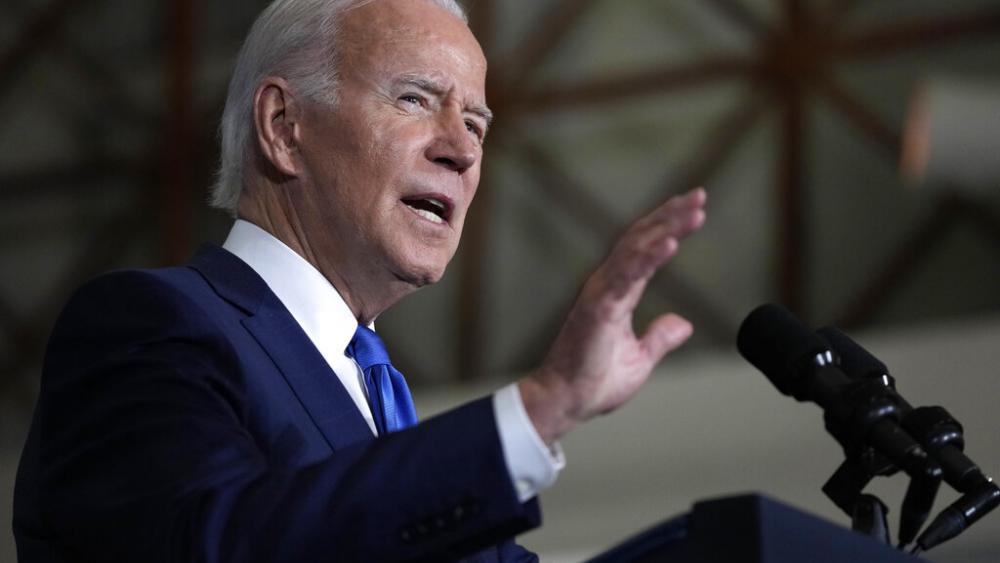 Six days before the mid-term elections, President Biden warned that political violence threatens the country, while the Federal Reserve announces tough economic news – another rate hike in the fight against inflation. In a high-profile Wednesday night speech, the president called on Americans to head to the polls, and reject those seeking to undermine the elections.

"A vote is not a partisan tool to be counted when it helps your candidate and tossed aside when it doesn't," he said. Citing the attack on House Speaker Nancy Pelosi's husband, Biden asked the nation to condemn political violence. "We must, with a unified voice, speak as a country and say there's no place for voter intimidation or violence, whether it's directed at Democrats or Republicans," he added.

Still, the president singled out MAGA Republicans and Former President Trump for promoting what he says are election lies. "He's abused his power and put loyalty to himself above loyalty to the Constitution," he said.

The president's critics say Biden has suppressed opposing voices and has done little to unify the country. "We have people who feel like their voices are not being heard, and they're resorting to violence," Tony Perkins of the Family Research Council explained. "A republic does not work that way."

In his speech, the president barely mentioned what polls show is foremost on voters' minds: rising prices. Wednesday afternoon the Federal Reserve announced its sixth interest rate hike this year in an attempt to beat back the highest inflation in decades. Federal Reserve Chair Jerome Powell succinctly stated that "without price stability, the economy doesn't work for anyone."

The Fed is trying to achieve a sweet spot –using interest rate hikes to slow the economy enough to lower inflation – but not so much that they trigger a recession.
"It's a historically fast pace that's appropriate," Powell stated.

All the while, the attempt is to keep in mind the lives of real Americans, who are finding it difficult to pay for groceries, manage credit card debt or buy a home.

Powell added, "My colleagues and I are acutely aware that high inflation imposes significant hardship, as it erodes purchasing power, especially for those least able to meet the higher costs."

But at his press conference, Powell warned more rate hikes may be coming, adding, "The historical record cautions strongly against prematurely loosening policy. We will stay the course until the job is done."

The Fed could raise rates again when it meets in December. In the meantime, voters must decide on Tuesday which party can best address not only the economy, but the nation's political strife.