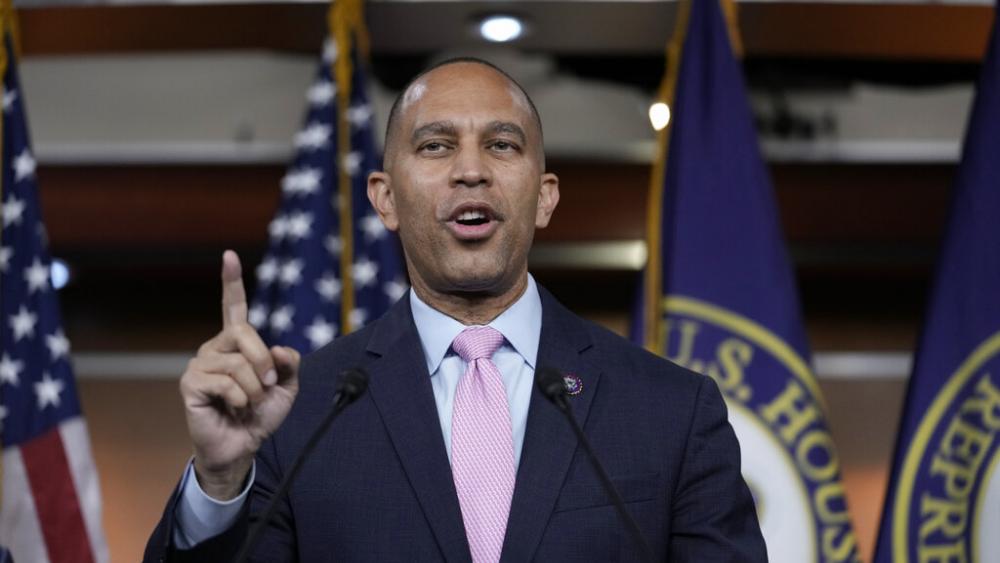 Rep. Hakeem Jeffries (D-NY) speaks to reporters just after he was elected by House Democrats to be the new leader (AP Photo/J. Scott Applewhite)

The historic move means that when he assumes the post in January, Jeffries will become the first black leader ever for either of the two major political parties in Congress.

While outgoing Speaker Pelosi will remain in Congress, she will officially pass the leadership reins over to Jeffries after almost two decades leading House Democrats.

Stepping aside with her are two of her top deputies: Representatives Steny Hoyer and James Clyburn, whose leadership positions will be filled by Representatives Katherine Clark and Pete Aguilar.

None of the newly-elected leaders faced opponents in the closed-door votes on Wednesday.

"We stand on their collective broad shoulders building upon the incredible work that they've done," Jeffries said. "I'm excited about the opportunities to advance the ball for everyday Americans as we move forward into our future."