Why the AP Hasn't Called Control of the House Yet 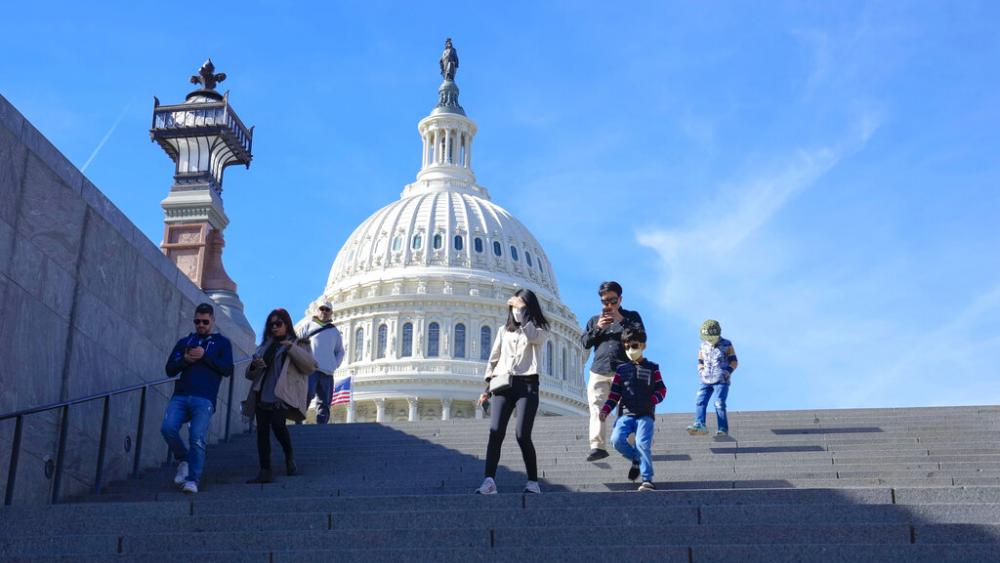 With the U.S Capitol in the background, people walk down steps on Election Day in Washington, Tuesday, Nov. 8, 2022. (AP Photo/Mariam Zuhaib)

The GOP's wait for a U.S. House majority dragged into a second week, as the amount of votes still to be counted after Tuesday in California and elsewhere kept The Associated Press from calling the final seat Republicans need for control.

A week after polls closed in the 2022 midterm elections, the AP had called 217 seats in the House for Republicans — one seat short of the needed 218 — to 209 for Democrats, who have held the House since 2018.

Republicans have been inching closer to seizing the House since voting closed Nov. 8 but weren't there yet. California alone has seven races remain to be called, and vote counting continues elsewhere.

After a review of vote count updates in several counties in California and Colorado, the AP concluded it was not possible to call another U.S. House race for a Republican candidate Tuesday night without more votes being released.

The AP made House race calls for several Democrats on Tuesday, although not enough for that party to secure control of the chamber, either.

Democratic control of the U.S. Senate was settled Saturday when Sen. Catherine Cortez Masto of Nevada won reelection, but the U.S. House majority is still in question.

WHY HASN’T THE AP CALLED CONTROL OF THE HOUSE YET?

It’s simple: Neither party has yet reached the required 218 seats.

The AP has declared winners in most contests, but a handful are outstanding.

The AP does not make projections and will only declare a winner when it’s determined there is no scenario that would allow the trailing candidates to close the gap. In some contested races where a party or candidate has a history of consistent and convincing wins, The AP can use results from AP VoteCast — a survey of American voters aimed at determining why they voted how they did — to confirm a candidate’s victory, even as soon as polls close. But some races, as it is again this year, can take days or even weeks to call.

WHAT STATES ARE STILL COUNTING VOTES?

California, the country’s most populous state, has seven undetermined contests, with one of them guaranteed to go to one of the two Democrats running against each other in that district.

In Alaska, where incumbent Democrat Mary Peltola won a special election this summer to fill an open House seat held for decades by Republicans, a second round of vote tabulating could take place.

That’s because Alaska has ranked choice voting in which voters rank candidates. If no one gets more than half of the votes cast on or before Nov. 8, the person with the fewest votes gets eliminated and voters’ choices count toward their second pick. The rounds continue until two candidates are left and the one with the most votes wins.

Peltola was leading Republicans Sarah Palin and Nick Begich in a race too early to call.

There’s also a close race in Maine — headed for a ranked choice finish, like the one in Alaska — and another in Colorado.