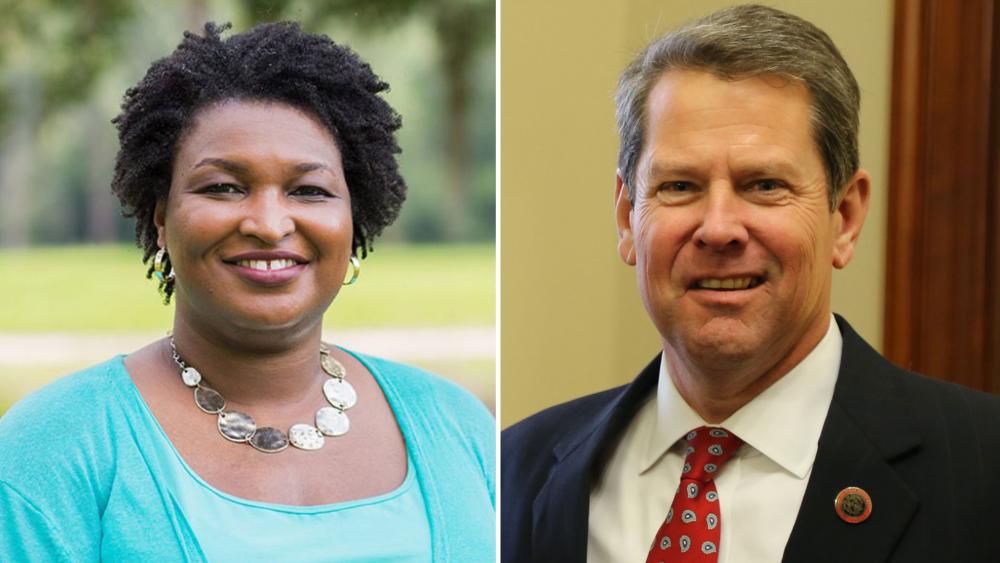 All eyes are on Georgia with two weeks left in the mid-term elections. Voters there are choosing both a senator and a governor.

The governor's race is a rematch between incumbent Republican Brian Kemp and Democrat Stacey Abrams, and the Left is hoping it will turn the Peach State from purple to blue.

Abrams almost pulled off the win four years ago here, and since then the state has sent two Democrats to the U.S. Senate. This time around, polling favors Kemp. Still, anything can happen in the final days of an election.

In the search for support, Abrams traveled to deeply red Cherokee County, about an hour north of Atlanta. Polling suggests she's trailing, with a "Real Clear Politics" polling average showing Kemp with a 7 point lead.

The incumbent has hit Democrats hard on record inflation and high prices throughout the election cycle.

While Georgia Democrats saw an opportunity to fire up their base after the decision to overturn Roe v Wade, recent comments by Abrams linking abortion to inflation threw some water on that hope.

"Having children is why you're worried about your price for gas… you can't divorce being forced to carry an unwanted pregnancy from the economic realities of having a child," Abrams told MSNBC's "Morning Joe."

Tony Perkins of the Family Research Council warned, "Now you have the Democratic Party using the economy, which in large part is driven by their own policies, for justification for abortion on demand."

Still, Abrams hasn't shied away from making the issue a central theme.

"If you are a woman, he has attacked the very nature of our ability to be self-governing. He's taken away the ability for a woman's right to choose in Georgia and has said he's not done," Abrams said.

It's clear the message still resonates with her supporters. "I believe women should have a choice over what we do with our bodies. I believe in abortion if that's what a woman and her doctor wants," one supporter told us.

There's still a feeling the race could tighten given Georgia's record early voting numbers for a midterm election. More than 1 million people have taken advantage of that early voting, and those numbers are usually only seen during a presidential election cycle.

In the final stretch, Georgia Democrats are aiming to cut into Kemp's lead in the polls by bringing in big names like Oprah and former President Obama among others.

MORE  Walker vs. Warnock: This Dead Heat in GA Could Decide Who's in Charge of the Senate