Religious Liberty on the Docket: US Supreme Court Starts New Term with Doors Open to the Public 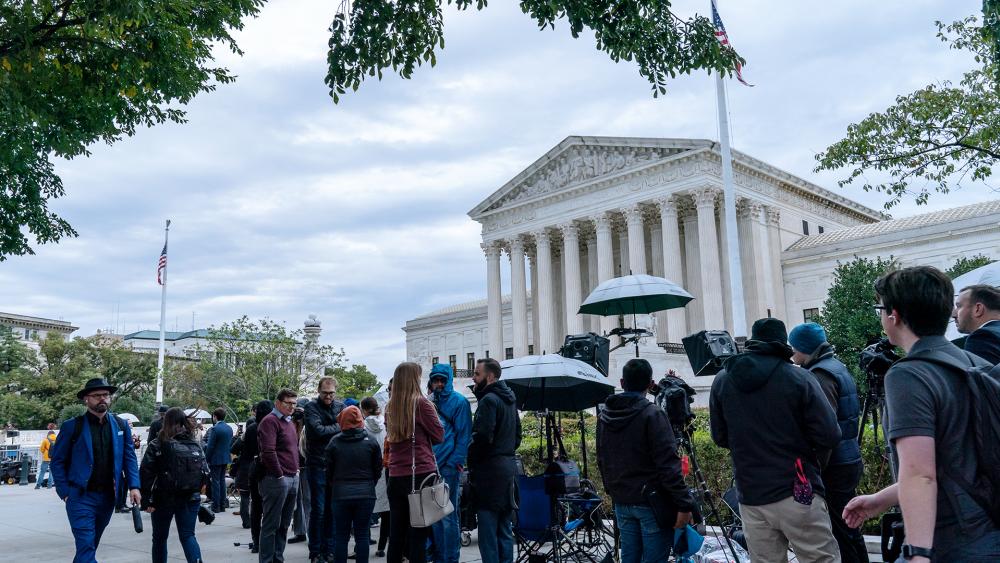 People gather as the Supreme Court begins its new term and to hear the first arguments, on Capitol Hill in Washington, Oct. 3, 2022. (AP Photo/J. Scott Applewhite)
6313247474112
Religious Liberty on the Docket: US Supreme Court Starts New Term with Doors Open to the Public

A long-awaited sight at the Supreme Court this morning with people standing in line to hear oral arguments for the first time since the pandemic started in 2020.

Another welcomed sight – no more metal barricades. The court erected them in May after the leaking of the Dobbs draft opinion, as part of ramped-up security measures.

At a conference last month, Chief Justice John Roberts admitted those two measures made for an unusual and difficult year. "It was gut-wrenching every morning to drive into the Supreme Court with the barricades around it," he said at the U.S. Court of Appeals for the Tenth Circuit's conference in Colorado Springs, Colorado.

Perhaps even more concerning are polls showing the public is losing trust in the court. Last month a Gallup poll found just 40 percent of U.S. adults approve of the court, tying a record low.

Roberts addressed those concerns saying it's always appropriate to critique the court's opinions, although he called out those questioning its legitimacy. "I don't understand the connection between the opinions that people disagree with and the legitimacy of the court," he said. "If the court doesn't maintain its legitimate function of interpreting the Constitution I'm not sure who would."

Its docket is loaded with high-profile cases for the term, including ones on race, elections, and religious liberty.

A Colorado wedding website designer is fighting her state's anti-discrimination law which prevents her from refusing to work on gay weddings.

"Although this has a lot of religious liberty implications, at its core it really is a First Amendment free speech case," Zack Smith from the Heritage Foundation told CBN News' Faith Nation about the case.

Smith believes this is the next step after the Masterpiece Cake Shop case that the Supreme Court previously ruled on.  "This one involves website creation. It much more squarely tees up First Amendment free speech issues, so I think it will be very interesting to see what the justices do with this case," he continued.

Another case the high court is taking up pits Yeshiva University, an Orthodox Jewish school, against a group of gay students wanting to form a campus club.

"Unfortunately this is the conflict we're seeing more and more today – a conflict between what are supposedly neutral laws and the religious liberty interests of those who are subject to those laws, and this is a question I suspect the court cannot avoid much longer," Smith said.

The court also faces a piece of unfinished business – the leak of the draft opinion of the Dobbs abortion case. Justice Roberts has ordered an investigation but so far there's been no update.