'A Flat-Out Lie': Doctor Dismantles Stacey Abrams' Viral Pregnancy Claim That There's 'No Such Thing As a Heartbeat at Six Weeks' 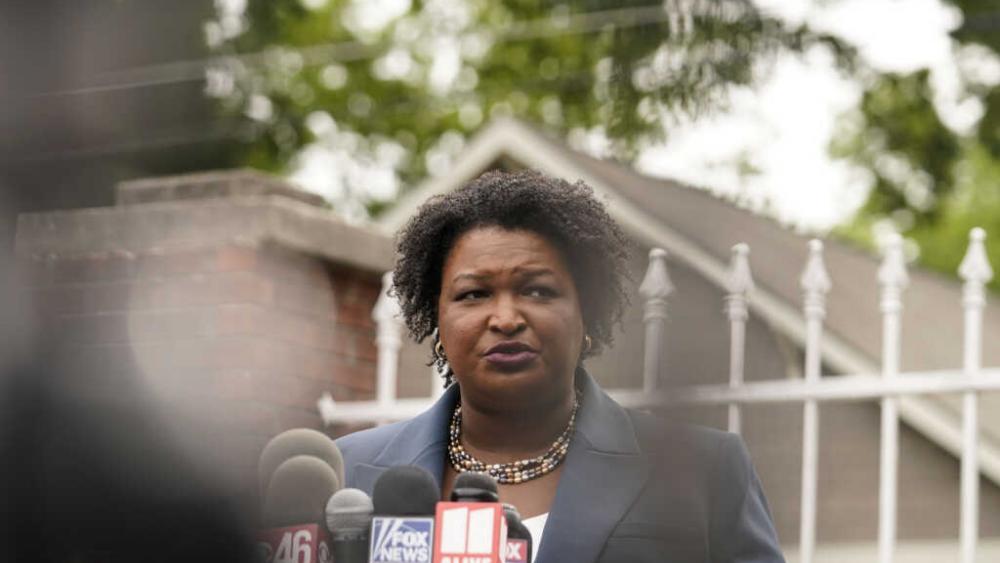 “There is no such thing as a heartbeat at six weeks,” Abrams proclaimed in a now-viral video. “It is a manufactured sound designed to convince people that men have the right to take control of a woman’s body.”

Dr. Nicole Saphier, a radiologist, appeared on Fox News’ “Outnumbered,” where she vociferously hit back at Abrams’ assertions, calling the aforementioned statements untrue.

Georgia Democrat Stacey Abrams: "There is no such thing as a heartbeat at six weeks. It is a manufactured sound designed to convince people that men have the right to take control of a woman's body."

“This was a flat-out lie, and facts matter,” Saphier said, noting she believes Abrams is accountable to voters as she seeks to become governor. “Unfortunately, people are going to believe what she has to say.”

Saphier went on to explain, from a medical perspective, what happens with unborn babies’ cardiac development, sternly dismantling Abrams’ declarations on the matter.

“I’m going to just deliver the truth and point out it is a complete lie, so at about three weeks after gestation – after conception, the cells of the heart … starts to rhythmically contract so really, the heart starts beating at three weeks,” Saphier said. “Yes, you can start seeing the heartbeat 5 [to] 6 weeks after conception on the ultrasound, but that’s only because it’s so small and because of all the other structures are in the way with the pelvis.”

She continued, “But that heart is contracting very easy early on.”

Saphier said she believes Abrams should be “held accountable” for purportedly lying.

Abrams was potentially addressing the so-called “heartbeat bill” passed in Georgia after the overturning of Roe v. Wade earlier this year, according to Fox.

The law precludes abortion — outside of exemptions — after a heartbeat is detected. Abrams has called pro-life legislation such as this “abominable and evil” in the past.

Heartbeat bills have sparked quite a bit of discussion on their own merits, but, in recent weeks, the conversation has centered on how the pro-choice movement is responding and potentially reframing the fetal heartbeat discussion.

For instance, some critics have noted changes to the Planned Parenthood website. A current version of the website titled, “What happens in the second month of pregnancy?” has a section about what to expect between five and six weeks of pregnancy.

It reads, “A part of the embryo starts to show cardiac activity. It sounds like a heartbeat on an ultrasound, but it’s not a fully-formed heart — it’s the earliest stage of the heart developing.”

Just a few months ago, though, before the Supreme Court overturned Roe, this same section looked quite different. In February, the same section read, “A very basic beating heart and circulatory system develop” (the language changed at some point over the summer, it seems).

Stories about the sudden change started appearing in August, as it seems — either wittingly or unwittingly — a new narrative is suddenly developing on the matter.