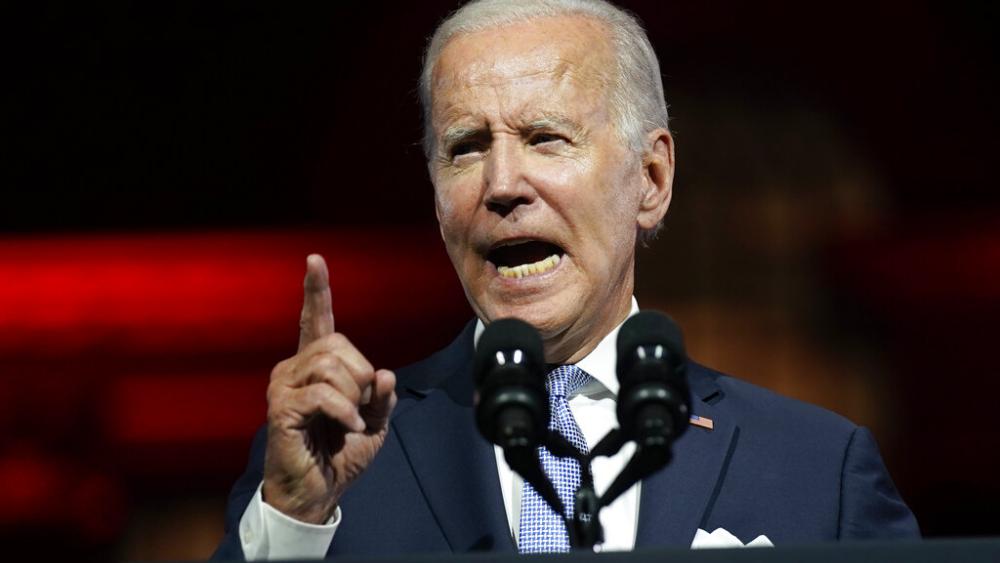 President Joe Biden called the Republican Party a “direct threat to our democracy” to encourage Democrats to vote in a primetime speech at Independence Hall in Philadelphia.

After comparing Trump-led Republicans to “semi-fascists” earlier this week, the president doubled down on that narrative during Thursday’s address.

“Donald Trump and the MAGA represent an extremism that threatens the very foundation of our republic,” Biden said. 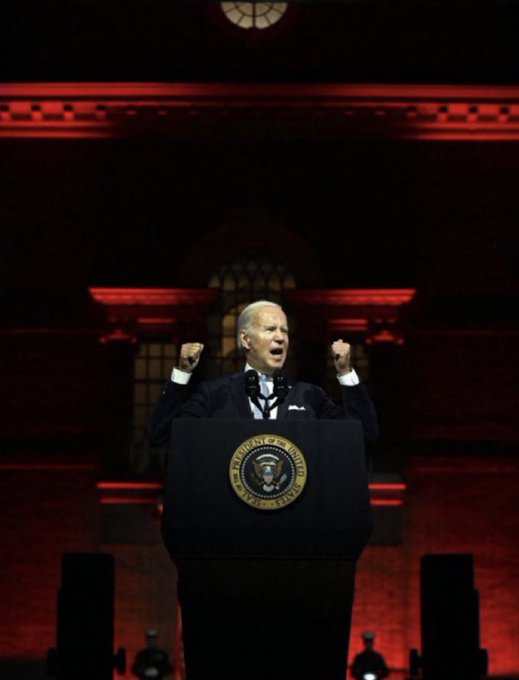 President Biden revived his 2020 campaign phrase "soul of the nation” in a speech that kicked off a two-month fight as Democrats try to hold on to control of the House and Senate in the midterm elections.

“No matter what the white supremacists and the extremists say – I bet on you, the American people, and it's paying off,” Biden said. “While the threat Is real – I want to say as clearly as we can. We are not powerless in the face of these threats."

Biden's speech catered to a top concern held by Americans. A recent NBC News poll found that 21% listed threats to democracy as the top issue, followed by 16% saying the cost of living and 14% saying jobs and the economy.

The speech came just over two months before the midterm elections. Biden's approval ratings have rebounded – but still remain low, in the 42% range. 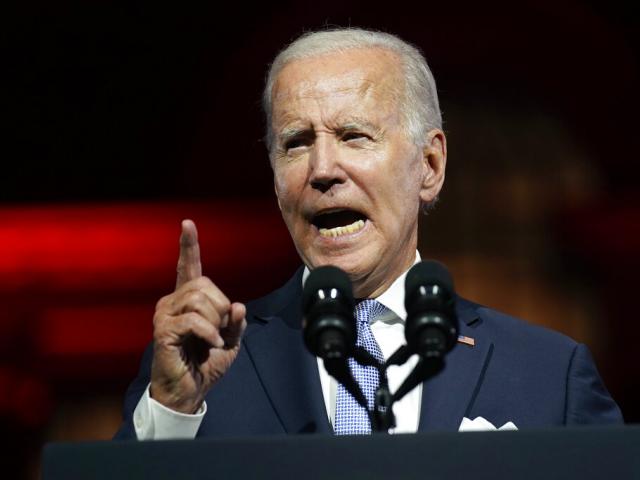 Republicans have been favored to take back the House of Representatives, and although Democrats have gained some momentum recently, the GOP still seems to hold the advantage.

“The first lines out of his mouth should be to apologize for slandering tens of millions of Americans as fascist,” said House Minority Leader Kevin McCarthy (R-CA).

Many Republicans believe the president’s address will further divide the country, and that it was nothing more than a campaign speech – turning voters’ attention away from other issues.

It's a messaging tactic analysts say Biden has used before.

"It comes right on the heels of the raid on Mar-A-Lago and several other things that seem to be a gearing up of, We have to get the American public's mind turned away from things like maybe the economy or the immigration situation,’” says Regent University communications professor Dr. Stephen Perry.

Former President Donald Trump responded to the speech on his Truth Social platform.

"Someone should explain to Joe Biden, slowly but passionately, that MAGA means, as powerfully as mere words can get, MAKE AMERICA GREAT AGAIN! If he doesn't want to Make America Great Again, which through words, action, and thought, he doesn't, then he certainly should not be representing the United States of America,” he said. 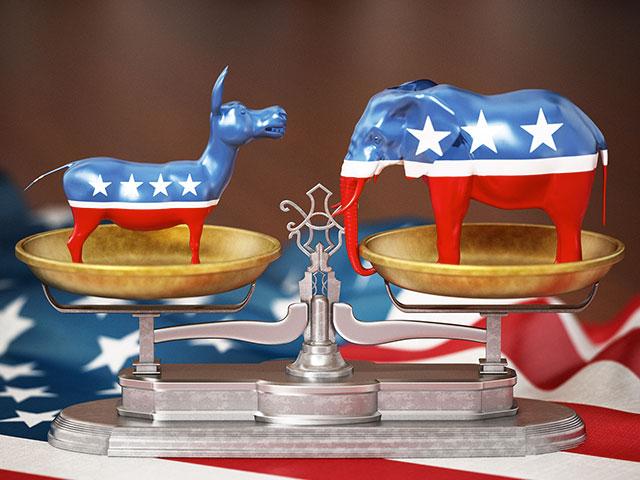 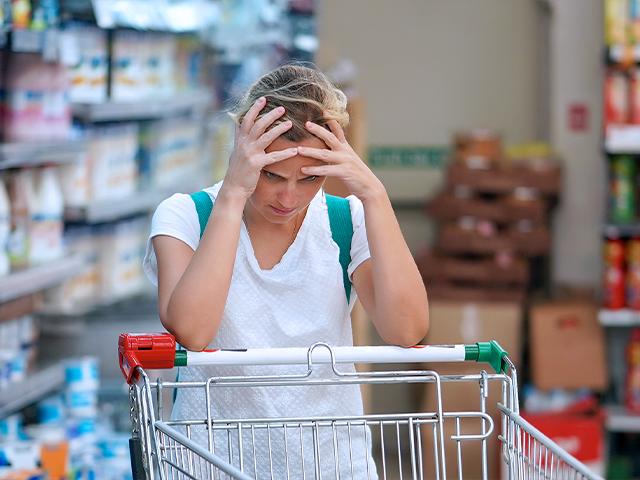 74% of Americans Say US Headed in Wrong Direction, but Democrats Optimistic About Midterms 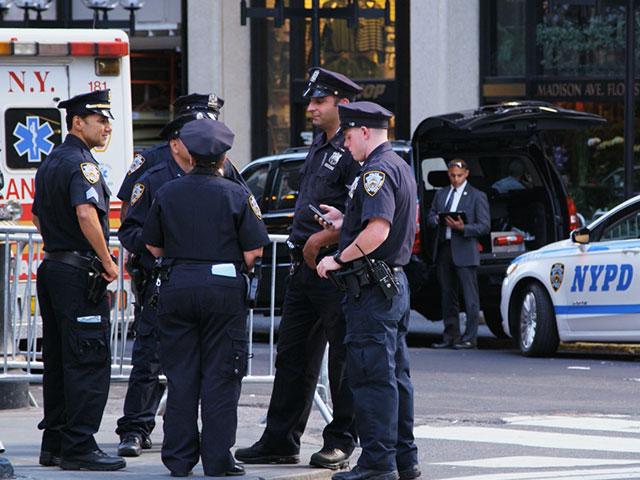 As Rapes, Robberies, Homicides Surge in Democrat-Led Cities, Biden Says Now Is the Time to Fund the Police 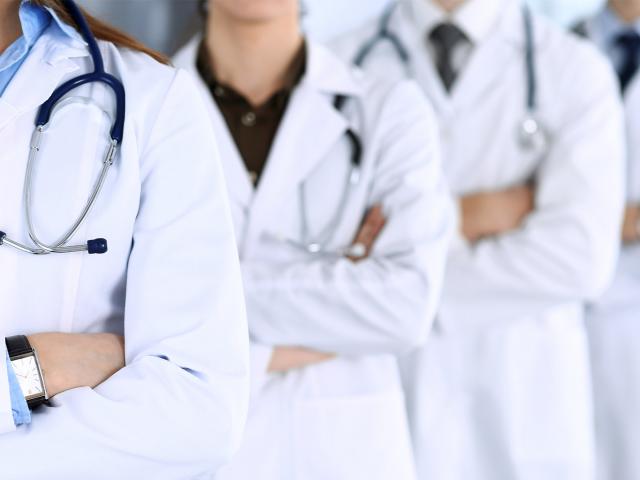