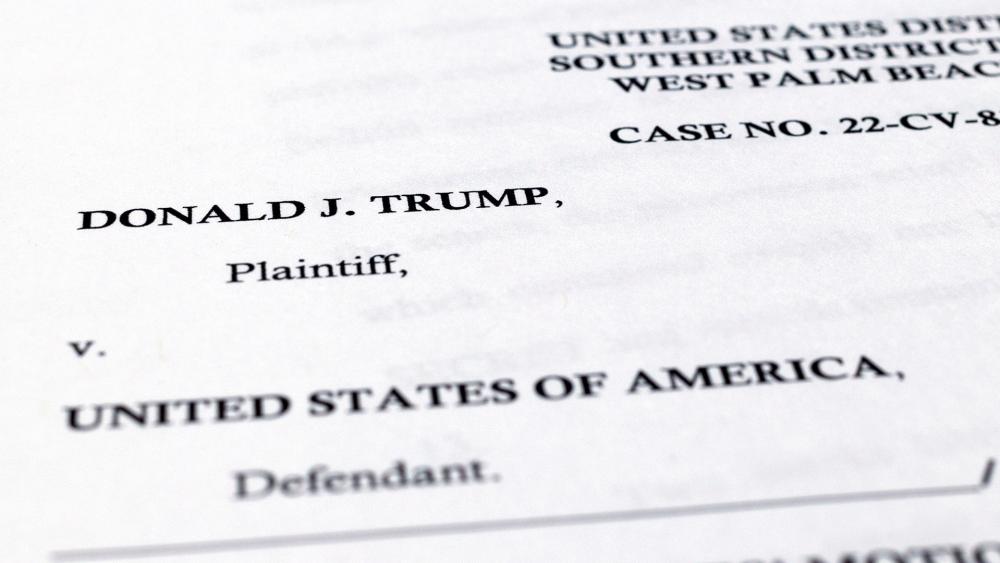 A page from the Justice Department's motion to appeal a judge's decision to name an independent arbiter to review records seized by the FBI during a search of his Mar-a-Lago estate is photographed Thursday, Sept. 8, 2022. (AP Photo/Jon Elswick)
6312261888112
DOJ Floods Trump Team with Dozens of Subpoenas, Seizes Top Advisors' Phones

The Department of Justice (DOJ) is apparently expanding its investigations against former President Donald Trump on two major fronts.

Dozens of subpoenas have been issued related to the January 6th investigation while, at the same time, both sides continue to wrestle over how to proceed with the documents seized from Trump's Mar-A-Lago residence in Florida.

The DOJ issued about 40 subpoenas in the past week to people in Trump's circle. The Department also seized the phones of at least two former top advisors. Even MyPillow CEO Mike Lindell, who was not a Trump official but has challenged the 2020 election results, says his phone was also seized by the FBI.

The moves appear to be an aggressive expansion into the criminal investigation into January 6th and what roles the former President and his team may have played in the lead-up to the storming of the U.S. Capitol.

The subpoenas appear to relate to a variety of issues including fundraising and an alleged plan in various states President Joe Biden won where replacement electors would cast their votes for Trump and not Biden.

High-profile conservatives are calling out the Biden administration over the new developments as the midterm elections loom in just 8 weeks.

"They want to unleash corrupt partisans in DOJ and FBI to go after Donald Trump to try to distract people," said Ted Cruz when asked about the targeting of the previous U.S. administration.

The subpoenas are separate from the other high-profile case involving potentially highly sensitive documents seized from Trump's home in an unprecedented FBI raid against a former U.S. president.

The Trump team is now challenging the gravity of that investigation. In a Monday filing, the wording suggests they don't believe the documents are classified and call the investigation a "storage dispute."

The DOJ stated Monday they're ok with at least one of the Trump picks for a special master in the case: Brooklyn judge Raymond Dearie. It's unclear if the judge overseeing the case of the documents will pick Dearie.

The House Select Committee investigating the January 6th riots promises to return with at least one hearing this month and possibly more in October before the congressional elections, but the focus of the next hearings and potential witnesses have not yet been made public.