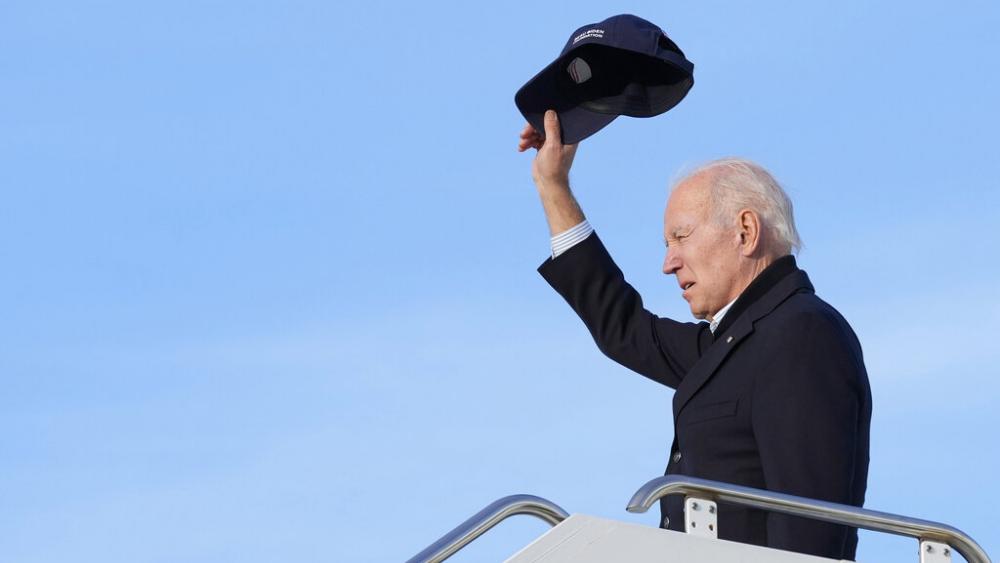 An FBI search of Biden's Delaware home Friday found a fourth batch of classified documents, including some from his time as a senator as well as handwritten notes from when he was vice president.

The discoveries come after Biden said last week that there's nothing to the story.

"I think you're going to find, there's nothing there. I have no regrets. I'm following what the lawyers have told me they want me to do," Biden said.

But rather than back the president, Democratic Senator Joe Manchin of West Virginia said Biden "should have a lot of regrets" and says he's not ready to support a Biden re-election bid in 2024.

"I can tell you one thing, it is unbelievable how this could happen. It's totally irresponsible, and who's at fault?" Manchin told CNN.

Republican Senator Ted Cruz asked on Twitter how Biden was able to take classified documents from his time as a senator more than 14 years ago. Cruz tweeted, "EVERY single classified doc I've read—100%—have been in a secure SCIF (Sensitive Command Information Facility) in the basement of the Capitol."

This says some of the docs are from his Senate service.

Serious Q: how on earth did he do that?

I’ve served in the Senate for 10 years. EVERY single classified doc I’ve read—100%—have been in a secure SCIF in the basement of the Capitol.

"It's not supposed to happen," Durbin told CNN. "Whether it was the fault of a staffer or attorney, it makes no difference. The elected official bears ultimate responsibility."

Democratic Senator Tim Kaine told CBS, "That's why there needs to be this independent investigation, an independent prosecutor. How many documents are we talking about? Dozens? A handful? Or hundreds?"

A new poll shows that nearly two-thirds of U.S. adults (64%) favor Congress "investigating the classified documents found at the Biden home and post-vice-presidential office" — including a majority of Democrats (52%).

White House lawyers reportedly requested Friday's search, but critics point out they likely would have been subpoenaed if they hadn't.

Some believe the Biden Administration is hoping that by being cooperative it can hold off an investigation that could lead to an indictment after he leaves office. The Justice Department in the past has declined to indict sitting presidents.

And Biden undoubtedly knows the old saying from Watergate, "it's not the crime, it's the cover-up."

Republican Congressman Michael McCaul of Texas told ABC, "Watergate started as a very small burglary, and it led to the President of the United States resigning."

Meanwhile, a replacement has been named for White House Chief of Staff Ron Klain, who announced over the weekend that he's leaving. Biden's new top official will be Jeff Zients who served as White House COVID response coordinator.