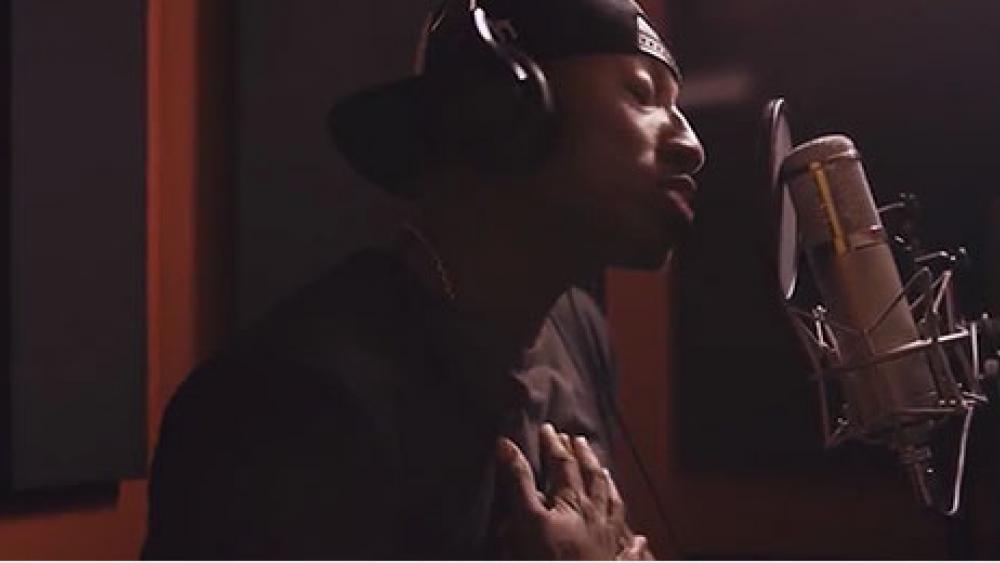 NEW YORK -- Lecrae Moore is known simply as Lecrae to his music fans around the world. And the Christian rap artist continues to take the entertainment industry by storm.

His latest project, Anomaly, broke records on sacred and secular music charts not long after its release. It's the first album to ever land simultaneously at the top of the Billboard and gospel music charts.

"The concept of the album is embracing the fact that you are different," Lecrae said in a recent interview with CBN News. "So, in many ways you are going to be an outcast, which is, by nature alone, saying I stand with Jesus has already ostracized you from a lot of people."

The husband and father of three often describes himself as "something that doesn't quite fit." He is a humble, hip-hop artist whose music doesn't glorify sex, drugs or violence - and he's an outspoken Christian. That isn't typically a recipe for success in the rap game.

"It's an anomaly. It sounds cliché and it sounds trite but it is very obvious that it is God's handiwork," Lecrae said of his sucess.

"It's very obvious that he is showing off and saying, 'Hey, this independent guy, many of you don't know, who loves me, is right here," he continued. "How did it happen? Nobody knows. But I did it. It is kind of like, ahaa. It's like Gideon, only 300 people, how did he win? I did it'."

Not a fan of Labels

Lecrae doesn't fit in a box and is not a fan of labels people try to give him, including the title "Christian rap artist."

"So, I think sometimes it can actually hinder my personal mission by having that label on my music," he said. "Just because some people say he is a Christian, does that mean it is for Christians or he is a Christian rapper that means it is not good?"

With more than a half-dozen albums under his belt, Lecrae wants to reach all audiences with his music. Just one year ago, his "Gravity" project won a Grammy for best Gospel album.

"Anomaly" is his seventh album, and Lecrae said in many ways it demonstrates how he has changed since that first recording.

"My music has changed in the same ways that I have. I have just grown as a man," he said. "I think there is a confidence now in some of my experiences in life. When I started out, I was just regurgitating things I was learning. Learning and spitting it out."

"I've seen my children born. I have seen children die and that shaped me. I am not saying I am done. And the music has the residue of that shaping," he added.

The "residue of that shaping" includes the pain of being molested, abused, and personally taking a girlfriend to have an abortion when he was younger.

Lecrae is open about those experiences in his music.

"I think leaders lead in vulnerability. I think you can trust a vulnerable person," he said. "The airs and the guards are taken down and people can find healing."

"It is said that hurt people, hurt people, but healed people heal people. And I can talk about those things because I am healed. And it helps other people find a sense of healing and to be able to go there and pull those things out of their own closets and deal with them," he explained.

The audience for Lecrae's healing message continues to grow. He recently made his acting debut in the film "Believe Me," just as his "Anomaly" project began its steady climb up the music charts.

"The album wasn't for me. It is for everyone. It was for people to be able to embrace being the people that God has made them to be and being okay with that," he said.

"Not marveling at the anomalies that we've seen, like wow Martin Luther King, what an anomaly? But saying, 'Hey, guess what? That is your role, too. To stand up and stand out."