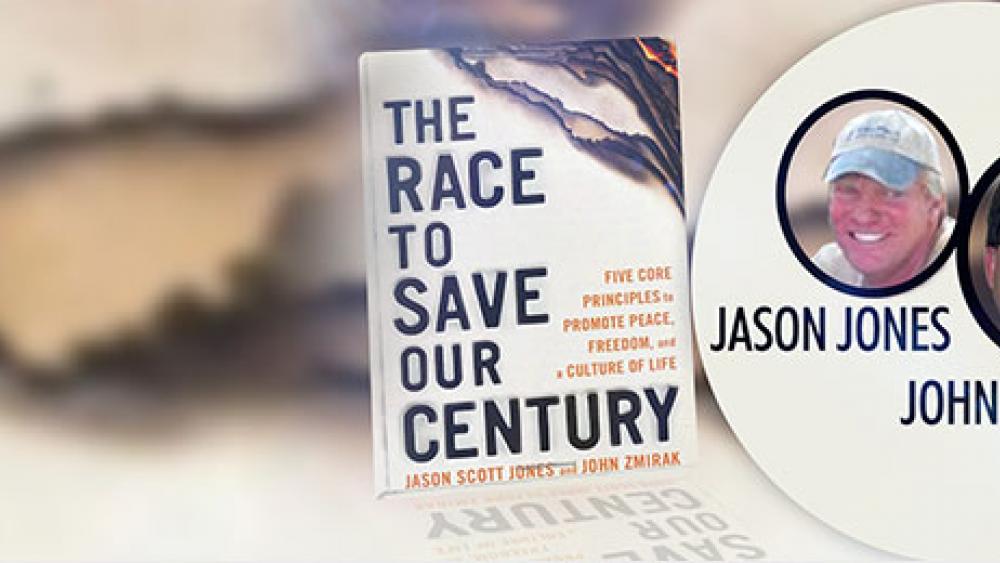 WASHINGTON -- Some people believe mankind is progressing - growing wiser, getting better. But the authors of The Race to Save Our Century point out the last 100 years were the deadliest in recorded history, and the next century may be even deadlier.

Co-authors John Zmirak and Jason Jones lay out the reasons that genocide and total war, eugenics and totalitarianism were able to triumph over the principles of humane civilization in the 20th century.

"Poison gas, concentration camps: nobody in 1913 - the era of Sherlock Holmes - would have imagined the evils of the 20th century. But there were reasons they came about," Zmirak told CBN News.

"And they came about because modern secular philosophy had undermined the core principles of the moral law that the Judeo-Christian civilization had relied upon for centuries," he said.

That allowed a culture of death to flourish, and a century where governments committed mass "democide" and murdered 133.1 million of their own citizens.

Americans who think their country is too civilized to commit such barbarism may want to consider how average folks all around them have killed more than 56 million of America's most vulnerable citizens through abortion.

"Abortion I would say is the rock foundation of the culture of death," Jones said.

Jones asserts that violence in the womb cannot help but spread out beyond the womb.

Your Children Will Die in the Camps?

"If we don't see full legal protection for the human person from the moment of biological beginning through natural death, you can expect your children or grandchildren to die in the gulag, to die in the concentration camp," Jones said

Jones doesn't believe this just because of his study of history. He feels it deeply in his bones, because for Jones, this is incredibly personal.

It started two days before his seventeenth birthday with a visit from his high school sweetheart.

"She came over to my house and woke me up with the words, 'I'm pregnant,'" Jones said.

They then came up with a secret plot: in two days, Jones would join the Army and soon be supporting their little family.

But then while he was at basic training, his girlfriend called him, weeping uncontrollably before her dad grabbed the phone away.

"And then her father said, 'We know your secret now and you can come home. It's gone. We took Katie to get an abortion,'" he recalled.

'He Killed My Baby!'

Jones went wild and screamed at his commanding officer.

But Jones said the captain replied, "'Private, why would I call the police? Don't you know that abortion is legal?' And, you know, I didn't."

That same day, the young Army enlistee made a pledge to his girlfriend that has steered his entire life.

Jones recalled saying to her, "'Katie, I promise you for my child, that if it takes me the rest of my life, I'm going to end abortion in America.'"

And that is what he's been working for since, producing and promoting pro-life movies like "Bella" and "Crescendo" and writing books like this one.

Jones and Zmirak believe the culture of death that allows abortion is the same one that leads to genocide, ethnic cleansing, and governments murdering their own citizens.

But before that culture of death overwhelmed the world 100 years ago, Zmirak said most mankind believed like people today that civilization was on an upward trajectory.

"A hundred years ago, the world was at peace. In western Europe you didn't need a passport to go from country to country. There was vast technological progress," Zmirak explained.

"Everyone thought that the 20th century would be an era of peace, progress, international tranquility, and wealth. Then one archduke got shot in Austria and 20 million people died," he continued. "And then 20 years later that war laid the groundwork for another war in which 60 million people died."

Jones believes humanity could be headed down the same path now.

"From Ebola to the border crisis to Russia invading Ukraine to the war in Israel to the ethnic cleansing of Christians across the Middle East, we see the same things happening today in our world that were happening 100 years ago with the Bolshevik Revolution, the Armenian genocide, and World War I," he warned.

In The Race to Save Our Century, these gentlemen propose several core principles they believe can save the world from a vast, bloody re-run.

"And there are five core principles that we think anyone, any rational good-hearted person of good will could accept," Zmirak said. "And they really correspond with the natural law that Saint Paul said is written on the human heart."

One of those principles is acknowledging there is a natural, God-given law, or as Zmirak put it, "the existence of a transcendent moral order that is higher than any secular law, which can tell you that segregation or abortion or apartheid is intrinsically evil regardless of what the Supreme Court or the dictator or the secret police says."

Zmirak and Jones declare the U.S. Supreme Court basically threw out this transcendent moral order and made man the ultimate authority when it said in a 1992 abortion case it was up to each human to decide what is life and death.

The Court wrote in Planned Parenthood of Southeastern Pennsylvania vs. Casey: "At the heart of liberty is the right to define one's own concept of existence, of meaning, of the universe and of the mystery of human life."

So much for godly authority. If you decide a human is not a human, then they're not.

That leads to the need for this next core principle: accepting the infinite dignity and worth of each human person.

"We must reaffirm the founding truth of humanism - that every human being is important, unique, and dignified," the authors say in the book. "He or she deserves the same reverence we demand for ourselves."

"We see the rise of this beautiful civilization that we inherited," Jones said, looking across history over the last two millennia. "But with the denial of the incomparable dignity of the human person, we will see everything that we take for granted disappear."

'The Wiper of Every Runny Nose'

Among the other core principles to save humanity - and liberty - is trying to get back to small, decentralized government that's close, responsive, and accountable to its citizens -- not the kind of government that butts into everyone's lives, tries to solve every problem, and meet every need.

Zmirak characterized such government as "The wiper of every runny nose."

"Because when the government grows and steps into those roles, it invariably exerts control over people, and then you don't have a free society anymore," he said.

In the last century, vicious dictators like China's Mao Tse-Tung and the Soviet Union's Josef Stalin could squash the freedom of hundreds of millions and slaughter tens of millions. But the hi-tech world ahead will allow future tyrants close to total, computer-controlled domination of their citizens.

And it will give future warriors weapons that could actually exterminate all mankind.

"The next world war is going to be much shorter and immensely more violent. It's unimaginable," Jones stated. "To think of World War III is actually unimaginable."

That's why Jones and Zmirak say we so desperately need a Race to Save Our Century.