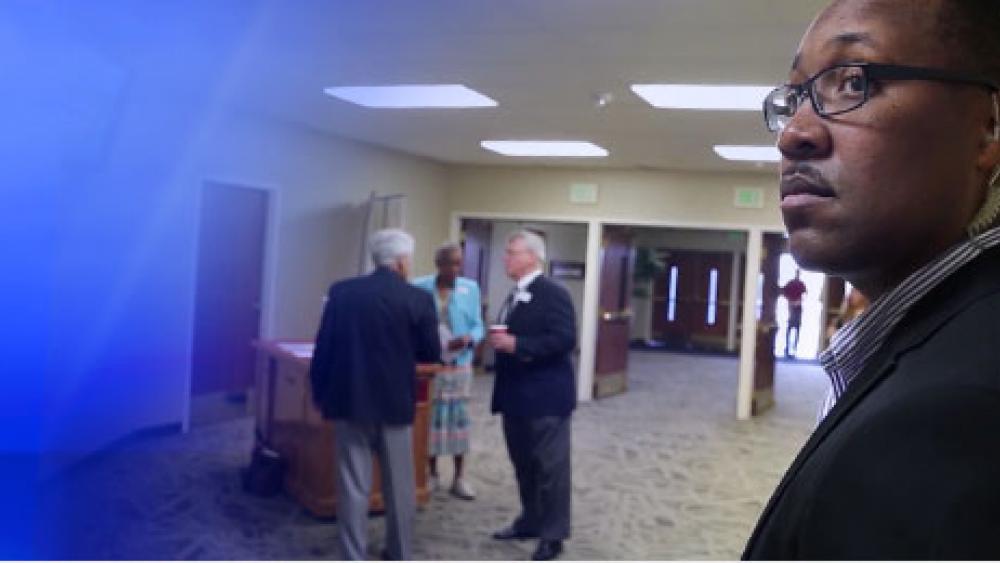 MEMPHIS, Tenn. -- Churches are meant to be sanctuaries from all the evil that happens in the outside world. But for many reasons, churches in America today are becoming targets for protests, predators, and maybe even terrorists.

From small country churches to the megachurches that see thousands of worshippers every week, violence in the sanctuary happens far too often.

Of the many churches in Memphis, Tennessee, the largest is Bellevue Baptist Church. Founded in 1903, it has since grown in membership to almost 30,000 people.

Andy Willis, who heads up security at the church, has the monumental job of keeping this large congregation safe.

"Today, churches that speak the truth, that teach and preach true biblical principles, they draw a lot of attention because there are a lot of components of society today that don't want to hear that," Willis told CBN News.

"As a church security team, we have to be prepared for those kinds of situations, to intervene and to protect the flock," she said.

More than a hundred paid and volunteer security staff respond to events every week, working quietly behind the scenes to safeguard their services.

"Obviously everyone has issues. Church is the place to bring your issues. In the security department, it's our job to have discernment to determine which of those issues are dangerous to others," Willis said.

"And if we make that determination, we try to do intervention in a meaningful way, to point them at the right resources to help them," he continued.

One of the resources that helps Bellevue prepare is church security consultant Tim Miller, a former Secret Service agent. Miller said the threat against churches is rising worldwide.

"Violence against Christians is rampant around the world," Miller told CBN News. "It hasn't necessarily touched us at the level it has other places, but if we think we're immune from that, we're sadly mistaken."

"We will begin as a nation to experience that same level of violence," he warned. "And actually the methodology we're seeing today, that same methodology is coming to the United States. They question for us is, are we prepared to address it?"

"You're going into a place where broken people are going to be meeting every week," Miller added. "Broken people like me. And we need to keep in mind that that security we're providing needs to be ministry-based, but it needs to be every bit as good."

The church I (Chuck Holton) went to as a kid only had about 200 people, and we knew everybody that came through those doors. But when you have a church the size of Bellvue, which is almost like a civic center, it's hard to imagine the challenges that would go with trying to keep this many people safe and keep an eye on everybody at the same time.

"A camera system that constantly monitors and records activities on campus is extremely important," he explained. "They are not very expensive, and the thing that you get is the protection in a liability situation that you won't have if you don't have it."

Miller said that security is mostly what you don't see, and that's why it's important that places that have large gatherings have a professional security team in place.

Children's programs have to be especially vigilant. At Bellevue, a computerized system prints labels for each kid, and even keeps track of food allergies and medications.

If a tragedy were to happen at your church, one thing is certain: Very soon after something happens, there will be satellite trucks and media standing out on your front lawn.

The best advice is: don't keep them in the dark. They've got to do their job.

Trust God, But Be Prepared

Willis said Christians need to trust God, but be prepared.

"The biggest thing that makes me cringe when I talk to other churches about security is they will say, 'We don't have security; we're just praying that nothing happens," Willis told CBN News.

"So when I hear that, I think, it's like my son saying to me, 'Hey I've got a big test tomorrow, but God already knows the grade I'm going to get, so I'm just going to leave it up to Him,'" he continued.

"It's important for us to understand that while we are to trust God, God has a big part for us to play in His plan," he said.

"At the end of the day they need to marry faith with wisdom and action," he said. "It's time for Christians to become educated about what's going on in the world, to be prayerful, and then to be prepared. And those things will make a difference."