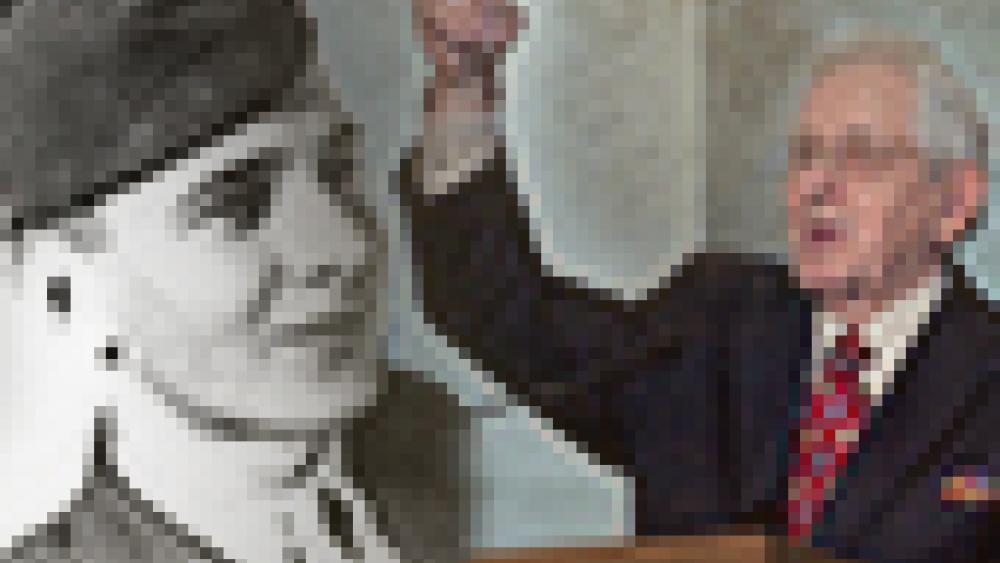 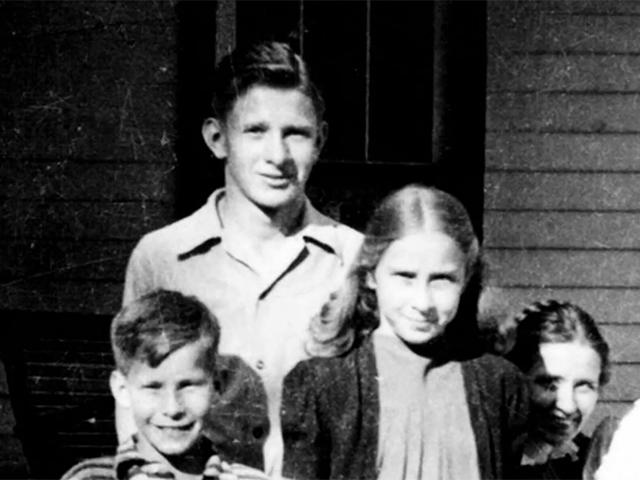 Out of the Depths: A WWII Vet's Miracle of Survival

Edgar Harrell, a retired Marine, survived the sinking of the USS Indianapolis in 1945. He is a man whose miraculous story is inspiring Americans to appreciate more the cost of freedom.

Sixteen million veterans served our country in World War II. Today, Harrell is one of the more than 855,000 still alive.

While growing up on a small farm in Kentucky, Harrell heard about the War in the Pacific on the radio. After listening to reports of Marines losing their lives, he wanted to help.

"I thought, I'm 18 years old and I'd already registered for the draft, and I thought, 'Now I don't want to wait and be drafted; I want to get in the Marine Corps,'" Harrell said.

The heavy cruiser, the USS Indianapolis, became his home.

"When I saw that big Indianapolis, you can imagine a country boy what he thought of that," Harrell said with a grin.

Harrell saw fierce combat on the ship - events that shook him to the core. The 89-year-old vividly recalls one harrowing incident when a Japanese kamikaze plane struck the Indianapolis in the battle for Okinawa.

"I can remember seeing that plane, thinking that life is over," Harrell shared. "This is the end of life because he's diving for the fantail."

Harrell survived that attack, but nine of his shipmates did not.

The Indianapolis had to return to the States for repairs. Eventually, it left the San Francisco Bay to head back to the South Pacific on what would be its final mission.

On board: important components of the atomic bombs that would be dropped on Hiroshima and Nagasaki.

Crew members unloaded the war-ending cargo at Tinian Island. Harrell said their next assignment was to head to the Philippines to prepare for the main invasion of Japan.

"Capt. McVay asked for an escort, and they tell him, 'You don't need an escort,'" Harrell explained. "Well, may I say they were not telling the truth. They could have said, 'You need an escort!' Why? Because four days before, we lost a destroyer, the USS Underhill; we lost 129 boys. And we were to go through that very area."

Why Navy leaders made that decision remains a mystery, Harrell said.

And that brings us to July 30, 1945. A Japanese submarine spotted the Indianapolis in the Philippine sea and fired a spread of torpedoes.

Two hit their mark and in less than 15 minutes, the ship went down.

Around 900 of the nearly 1,200-man crew who survived the initial attack found themselves oil-soaked, many with injuries, and clinging to kapok life jackets in the shark-infested waters.

"I thought of mom and dad back home; I thought of six younger brothers, an older sister and a younger sister, and I thought of this certain brunette that said that she would wait for me," Harrell recalled. "And I told the Lord, 'I don't want to die; I want to live!'"

Harrell, who was 20 at the time, said he began to think of scriptures.

"'I'll never leave you nor forsake you,'" Harrell quoted from the Bible. "Seemingly that came to mind, no audible voice, but I knew that the Lord was speaking to me. 'Lord, You're speaking to my heart. I'm going to make it.' Well, I didn't know I'm [sic] going to be out there four and a half days."

Four and a half days of unbelievable horror. No food; no water; and yet surrounded by water in all directions, along with sharks.

He said shipmates, who not in their right mind either because they were injured or because they drank salt water, began to hallucinate.

"He leaves the group," Harrell said, referencing a shipmate. "And he gets out 50 to 75 yards, and you hear a blood curdling scream, and you see that kapok go under. And then like a fish cork, then that kapok brings that body back up. But by now all the blood and more, more sharks, more fins, and they are kind of fighting over what was there."

Despite witnessing scenes like that, Harrell refused to give up hope.

He believes God directed him and several of his buddies to a crate of rotten potatoes. The "hearts" of the potatoes were still edible.

The brutal conditions took their toll. The number of sailors and Marines dwindled down to a little more than 300.

Finally, a plane flew over the area low to the water -- a miracle because the pilot, Lt. Wilbur Gwinn, wasn't looking for the survivors. He didn't even know they were missing -- no one did.

"Lt. Gwinn goes aft; he opens the Bombay door, and in just a flash, he looks down at the ocean below, and what he saw was an oil slick," Harrell said.

He radioed for help, and eventually, 317 crew members of the USS Indianapolis were pulled from the water.

Harrell spent months in hospitals, recovering. After everything he went through, it's easy to see why Harrell is a decorated Marine. He was even awarded The Purple Heart.

A letter dated August 13, 1945, reads: "The Purple Heart is awarded by the medical officer in command to Edgar Alvin Harrell for wounds received in action against an enemy of the United States on July 30, 1945."

Out of the Depths

Harrell went on to marry Ola, the brunette who waited for him.

More than 30 survivors of the worst Navy disaster in the history of the United States, the sinking of the USS Indianapolis, are still alive.

Harrell shares his story of God's providence at schools and churches. He calls it a ministry.

He and his son, David, also chronicled the unforgettable story in a new book, Out of the Depths.

"There's not a day that goes by, many, many times a day, I just look up and say, 'Thank, You Lord!'" Harrell exclaimed.

Retired WWII Marine Edgar Harrell shares his amazing story of survival at sea after the sinking of the USS Indianapolis -- the worst Navy disaster in the history of the United States.

Retired WWII Marine Edgar Harrell continues sharing how he and other survivors were miraculously rescued.