How the Pilgrims and Reformation Formed America 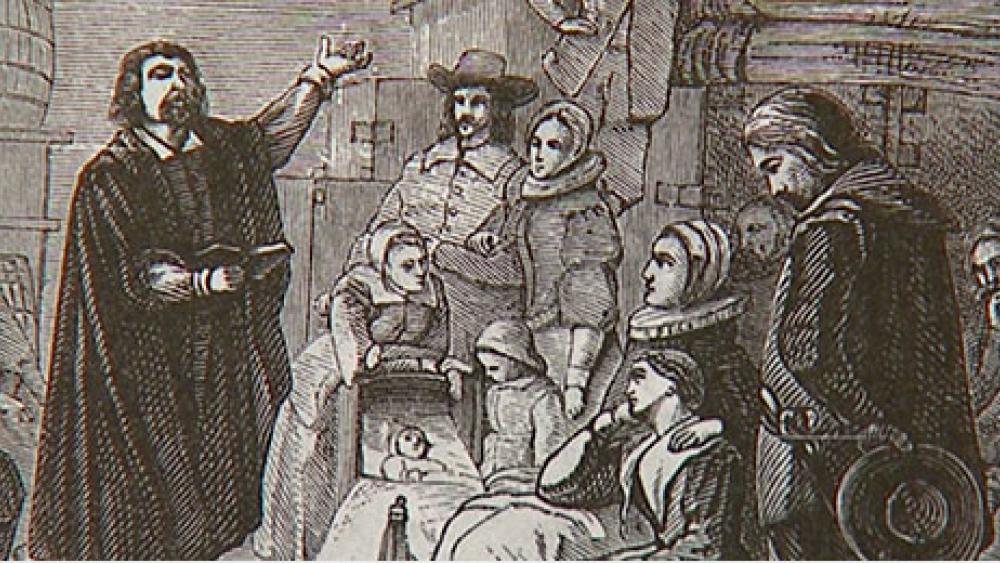 PLYMOUTH, Mass. -- We know the Pilgrims became some of America's first English settlers. And because of Thanksgiving Day, we certainly know they were thankful.

But what else was it about these devout Christians that helped them shape what became the most free, most powerful nation on earth?

It had much to do with the religious beliefs that were so precious to them; they were willing to face death and uncertainty in a strange New World to live those beliefs out.

The Pilgrims' Protestant faith was forged in the Europe of 500 years ago, ripe for a revolution -- or what would become a world-changing Reformation.

***"The Protestant Revolt" can be viewed here for free.

This series visits all the historical birthplaces of the Reformation and follows its growth in both the Old and New World.

The Reformation began in Germany where Martin Luther preached that salvation comes through faith alone in the finished work of Jesus Christ on the cross.  Man didn't need priests or bishops to assure him that salvation. That came from God Himself.

David Hall, pastor of Midway Presbyterian Church in Powder Springs, Georgia, came up with the idea for the DVD series.

"Justification by faith proclaims that the human soul is not trapped and enslaved by any particular bureaucracy or denomination, but God by His Holy Spirit can save and justify based on the work of Christ," Pastor Hall told CBN News.

Pilgrim re-enactors in Plymouth, Massachusetts, give insight into this new Reformation way of thinking.

"We don't need the king or priest or bishop to talk to God for us. We can do it ourselves," said Leo Martin, a re-enactor clothed in the simple outfit of a 17th century Pilgrim.

Martin Luther then translated the Bible into common language, and because of the brand-new Gutenberg press, people could soon search out the truths of the Bible themselves.

"The Scriptures were translated out of the Latin into the language of the people," Hall explained. "And so this was a huge democratizing of faith by the Reformation. It took God's Word, which was always intended to be spread to the masses, and it opened that up."

And in its pages, believers like the Pilgrims found God wants man to be free, to live unshackled and in liberty.

Lillback speaks of that key truth in the DVD series, saying, "Now this story of religious liberty is one of the great fruits of the Reformation: the right of the conscience to go directly to the Scriptures to study."

Westminster Theological Seminary professor Carl Trueman points out in the same series that this was much bigger than the Pilgrims.

"The ambition of all of the Reformers was to place the Scripture in the vernacular in the hands of every man," Trueman says.

As these new doctrines and churches sprang up, so too did religious wars that tore through Europe. After much bloodshed, the kings and leaders came up with a solution.

In "The Protestant Revolt" series, Trueman offers up that solution in the Latin, "'Cuius regio, eius religio' - which translates roughly as 'Whoever is in charge of this region, his religion determines the religion.'"

In England, that meant those outside the monarch's Anglican religion were seen as dangerous dissidents.  This included the Pilgrims, whose fierce belief in their God-given right to liberty caused them to flee England and form a new society in the New World.

Pastor Eddie Hyatt writes about this in his book America's Revival Heritage.

"They did flee persecution in the Old World," Hyatt admitted. "But they also came to America with a vision for seeing a renewal and a reformation of Christianity and seeing it implemented in this New World."

That New World gave them a place to live out their faith unfettered and free of persecution.

Dr. Paul Jehle is another Pilgrim re-enactor and head of the Plymouth Rock Foundation.

He said to CBN News, "Think about it: in human history, nobody has the freedom to form a society directly from the Bible in a wilderness where they didn't have a king looking over their shoulder to say, 'No, do it this way or that way.'"

"One of the motivations coming to the New World and one of things they loved and they wanted to implement was this religious freedom and this freedom to worship God and to walk with Him according to the dictates of one's own personal conscience," Hyatt added.

Religious freedom was important to them, but after what they'd suffered under the English king, so was forming a free civil society.

"They were fearful, loathsome of anything that resembled someone having an unchecked, undue amount of power over the citizens," Hall explained.

For an alternative, they turned to the Bible.

"They studied scripture for what God's opinion was on governmental structure, both in the state and the church," Hall explained.  "And as such, they found that God didn't always confer power to just one individual shaped in a hierarchy.  But instead He gave it to representatives who were elected."

So they enshrined that in their Mayflower Compact, and they began to form a free society also built around free markets and rugged individualism.

"We're all equal in the eyes of God; we're all made in His image," re-enactor Martin said, speaking as a Pilgrim might have.  "And if that is true, nobody has a right to be over anybody else."

They changed the order of government so it was no longer from the top down, but from the bottom up.  They expected their leaders not to be lords over the people, but to be their servants.

"Now the Pilgrims figure this: if God thinks we're valuable and we all have worth, we certainly should think the same thing," Martin said.  "And that's where self-rule came from.  The king shouldn't be in charge.  The people should be in charge."

Fellow re-enactor Jehle explained, "This is what will produce the impetus, the principles by which the American Revolution is fought."

So that's how a small, hardy band of Christians set the stage for what would become the most liberty-minded, most prosperous, and some would argue the most spiritual nation on earth, all based on biblical principles.

Narrator Lillback concluded "The Protestant Revolt" series speaking of this founding of America and that key principle of liberty.

"This story is a story we must cherish and continue to celebrate today.  Liberty still matters.  Liberty is the story of the Gospel," Lillback states.

He then quotes Scripture:  "'If the Son shall make you free, you shall be free indeed. Stand fast therefore in the liberty with which Christ has made us free.'"