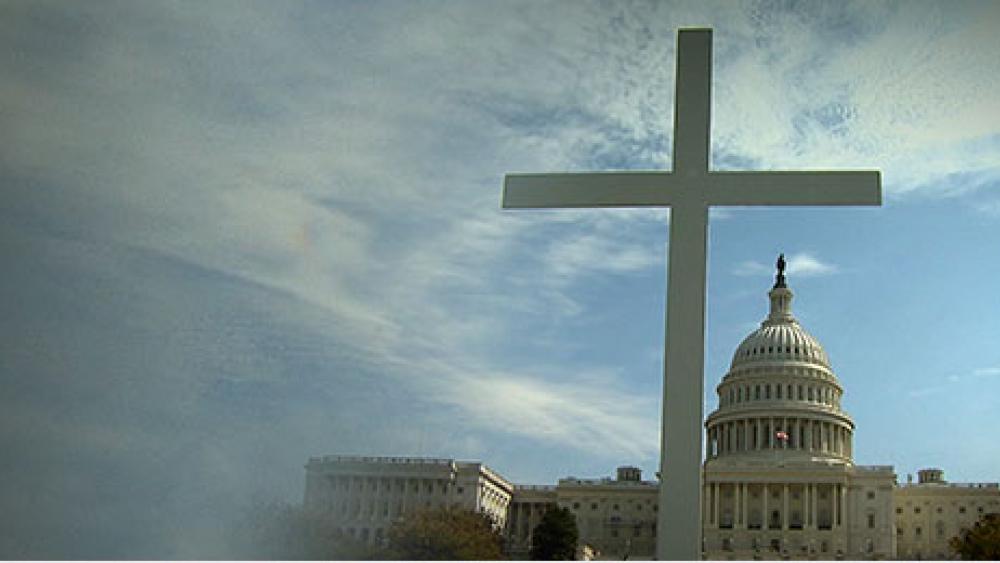 WASHINGTON -- A school tells a student that he can't attend because God's the most important thing in his life. A public health official gets fired for sermons he gave in his off-hours as a lay pastor. A congregation is told they may not be able to locate downtown just because - and only because - they're a church.

These are all real examples of cases in the past several months showing your religion can get you in real trouble in today's America.

For the last three years the Liberty Institute and the Family Research Council has published Undeniable: The Survey of Hostility to Religion in America. The legal group says they're seeing cases of discrimination against those of faith rising rapidly.

"The first time we did it, we collected about 600 cases," Jeff Mateer, general counsel of the Texas-based Liberty Institute, told CBN News. "We went from 600 to 1,200. And this year we're up to about 1,600. So, the threats are continuing to increase at a dramatic pace."

The American Center for Law and Justice is another legal organization fighting for religious rights.

"We've got a student right now at a school in Baltimore for radiological nursing who was denied access to the school - and the school put this in writing - because he said God was the most important thing in his life," ACLJ Executive Director Jordan Sekulow said.

Sometimes it's the federal government attacking, like in the Hobby Lobby-Obamacare case.

"We have the solicitor-general of the United States actually arguing that by engaging in business, people lose their religious liberty rights," Mateer said of that case.

Then he turned to the Hosanna Tabor vs. EEOC case where the government backed a teacher with some ministerial duties at a church school who was fired by the church.

"We had this administration argue in the U.S. Supreme Court that the federal government should be involved in the hiring and firing of ministers," Mateer stated.

Sometimes these cases involve a state government. In May, the state of Georgia fired public health official Dr. Eric Walsh shortly after hiring him because of sermons Walsh had given during his free time.

Walsh admitted his sermons sometimes do deal with controversial topics.

A number of articles in the Georgia press point to gay activists angry over comments Walsh made on homosexuality, sometimes in sermons delivered years ago.

For instance, in his 2006 sermon called "Sex Lies and the Fight for Purity," he quoted scriptures concerning the sexual sinners of Sodom and Gomorrah.

"The scripture in Jude 7 makes clear that 'they gave themselves over to fornication,' which we normally connotate as premarital sex, 'and going after strange flesh,' which if you carry the analogies all the way out would mean homosexuality," Walsh preached in that sermon. "The Bible says that when they did this, God caused them to suffer the vengeance of eternal fire."

After hearing from Walsh's detractors, Georgia officials asked him this May for copies of his sermons.

"So he politely sent them copies of the sermons themselves," said Jeremy Dys, the Liberty Institute senior counsel who's representing Walsh. "They reviewed them and the very next day they fired him."

"And kind of blown away at the idea that in the United States you could be a lay pastor and on the weekend deliver messages to congregations and that that could be used against you when you apply for a job or you're offered a job," Walsh said.

Sometimes fighting back against such large opponents can take years, like an ACLJ case that began in 2007.

But it took the professor years and although ACLJ battled by his side free-of-charge, the fight still cost him a small fortune.

Sometimes, those discriminated against need to take on their own town, like Pastor Telsa DeBerry and his congregation. That happened after a Holly Springs, Mississippi, city ordinance was used to stop them from forming a downtown church.

"One of our young lawyers brought it to me and said, 'You're not going to believe this,'" Liberty Institute's Mateer recalled. "Small town in Mississippi that has an ordinance that only applies to churches, and it says that churches in order to be in an area of the town have to gain 60 percent approval of the landowners in the area and they have to get the mayor's approval.' And I said 'C'mon, it doesn't say churches.' It does. It says 'churches shall'"

"On its face it violates federal law that says you can't discriminate against churches for being a church," Mateer explained.

DeBerry added, "I felt that not only I as a pastor, but all Christians and for that matter all religious institutions would be segregated and alienated from society by this ordinance and would be relegated to second- or third-rung citizens."

But they point out if people will fight back, they will almost always win.

For instance, DeBerry and Liberty lost in their original rounds with Holly Springs and then before a district court judge.

But they then scored a huge victory on appeal when the 5th Circuit Court in New Orleans blasted the anti-church ordinance.

"God had a purpose in this because when we went to the 5th Circuit, we ended up getting a great precedent," Mateer said.

"It's literally going to impact thousands of churches across this country when they're faced with discrimination," he added.

Sekulow said these cases are often solved with just a call or a letter from a group like the ACLJ.

"But there are also times when you've got to be willing to fight in court," he explained. "You know, if you're to threaten a potential legal action, you've got to back that up. Now, we're there for people so they don't have to worry about paying attorneys, but you do have to go through the process."

Not Your Grandfather's Atheists

Sekulow explained that those going after people of faith and the society's religious moorings are more radical than those of the past.

"The goal of the radical groups is to eradicate our heritage, the Judeo-Christian heritage," he said. "They want Washington, D.C., for instance, to be sandblasted: the Bible verses, the religious figures that are represented throughout our nation's capital."

He pointed out, "They file in federal court. They haven't been very successful, but it takes resources. You have to fight back. You know, their only 'wins' are when people don't fight back."

"Usually they pick on smaller places that have budget issues," Sekulow added. "Maybe they don't have a whole legal department. That's when these people get 'wins.' They get 'wins' when no one shows up to fight them."

Mateer agreed: people of faith must sometimes stand and fight.

"The founders envisioned a healthy, vibrant people of faith engaged in society," Mateer said, looking back to those who framed the First Amendment. "And the truth is if we lose our religious freedom, we're going to lose all our freedoms."