Overcoming Fear: One Church and an Ebola Outcast 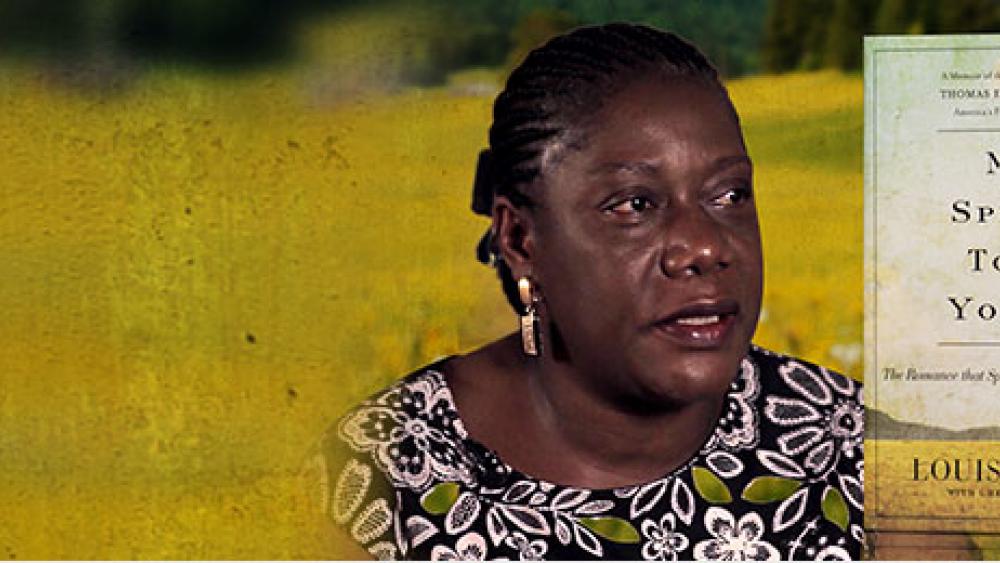 DALLAS -- At the height of last year's Ebola crisis, the name Thomas Eric Duncan dominated the headlines.  Dying from the virus, he travelled from Liberia to the U.S., bringing the epidemic disease with him.

Louise Troh, the fiancée he'd come to America to wed, not only had to deal with his subsequent death, but also the aftermath of an angry public.

But before all that, as described in the new book My Spirit Took You In, they'd pined for each other for years, with Troh having moved to America and Duncan still in Africa, until the fall of 2014.

"This man came here for us to live together after 15, 16 years - to get married," Troh told CBN News, sitting in her home in the Vickery Meadows neighborhood of Dallas.

Duncan was welcomed into Troh's arms and Vickery Meadows' Ivy Apartments complex where she was surrounded by loved ones and acquaintances from the immigrant community.

Many of them shook Duncan's hand or hugged him before they learned what he had brought with him.

He'd exposed them to the Ebola virus, and soon made the Ivy Apartments, Duncan and his fiancée the focus of the fears of a nation -- and in many cases, hatred as well.

As he lay dying in a Dallas hospital, ugly rumors and accusations swirled about Duncan.

"The people were like, 'He came here because he had a virus,'" Troh recounted. "That's why he came to America, to be treated.'"

Her co-author, Christine Wicker, said Troh, too, felt the anger and blame.

"This woman who had done nothing wrong, who had lived a life of faith and generosity, became an international pariah," Wicker explained.

Troh and three of her loved ones who lived with her were trapped and quarantined by authorities while fury gathered around them that an immigrant just like them had brought a deadly African epidemic right to Dallas.

But fortunately for Troh, just a few months before all this, she'd begun going to Wilshire Baptist Church, a mostly white, fairly well off church that had lately been reaching out to immigrants like her.

"And she realized that this fairly wealthy, very white church was the place God meant her to be," fellow Wilshire member Wicker said. "And I would ask her, 'Louise, didn't you think this was an odd place for you to be?'  And she would just say, 'No. It's where God wanted me.'"

And as people across America cursed Troh and her dying fiancé, her new pastor and church came to the rescue, with Pastor Mason visiting her in quarantine every day.

"I just kept thinking about the fact that we serve a Lord who was willing to touch lepers," Mason told CBN News.

No Hazmat Suit for Fearless Pastor

While men in hazmat suits were destroying all Louise's possessions, Pastor Mason showed up for all his visits to Troh in his usual clothes.

"I did not think that wearing a hazmat suit or some such thing was really necessary," he said.

His visits brought a light to the quarantined foursome in an incredibly dark time.

"He read the Bible to us," Troh recalled.  "And he said, 'The church  everybody -- they are with you. Your whole church body is with you.'"

He came around so much, though, Troh began to feel guilty and resist.

Troh remembered saying to Mason, "'You always here. You come every day.'  He said, 'Yes, and I'll keep coming, Louise. That's what I'm supposed to do. That's the work of God.  That's what He called me for.'"

And for Pastor Mason, being present was vital.

"The power of God to heal and bring life to people was made manifest in His Presence," he explained.

Meanwhile, frightened authorities wouldn't listen to Troh -- herself a health care worker and somewhat of a germ-a-phobe. She told them they didn't have to destroy all her possessions to make sure no Ebola virus would escape her apartment.

"My daughter and myself disinfect this whole room," she told them, "and from day one I've been disinfecting this place."

But that wasn't good enough for the men in the hazmat suits.

"Remember that this is the first death that occurred on American soil from Ebola," Mason explained. "And there was a great deal unknown. And so the response to protect the public was quite severe."

"They were so frightened, they took days to destroy everything," Wicker stated. "They were just slashing and breaking in these BIG suits. Louise lost everything. She even lost her reputation."

"She lost every pot and pan and bed and chair and television," Mason added. "Everything that she owned was completely destroyed."

But her Wilshire Baptist congregation and many other believers reached out with love -- and generosity -- replacing most everything Troh lost.

She added, "Three Wilshire families came forward and said, 'We're going to put up money to buy her a place.'  They found this three-bedroom place she's in now and they put up $25,000 apiece."

"We didn't do for Louise what we wouldn't do for anyone else, but it was on a very public stage," Mason explained. "And so, people I think got a window into how churches operate all the time."

"The world reacted in a certain way to Ebola: sue, find fault, find blame, feel sorry for yourself," Wicker said.

But she said of Troh's conduct and the way so many religious believers reacted, "There was this sort of society within the society, with values that the society didn't have."

"I couldn't be more proud of our church," Mason added. "And I want to say it was not just our church, but it was also the community. Many people pulled together. Other churches helped us. A synagogue was very much involved in helping us, too."

"It was our church's chance to live out their faith," Wicker continued.  "And for Pastor George, it was what he'd been talking about for such a long time: who we wanted to be. So he leapt at the chance."

"Other people were running one way, and we're coming the other because it's our chance to be what we said we were, what we want to be: our highest aspirations," she said.

'They Hug Her and They Love Her'

And when Troh returned from quarantine, the church literally embraced her.

Wicker recalled, "They had a big party, and everybody runs up and they hug her and they love her.  Not only did they love her that day, but they continued to care about Louise, and they still do."

Troh doubts whether she would have survived the Ebola ordeal without the love and care of the folks at Wilshire Baptist.

"From the babies to the elderly ones, they make me feel like I'm a human being. They embrace me; they love me," she said.  "Had it not been for them, I don't know how I was going to be in this world."

"She said to me again and again, 'It was God and the people of God just held me together,'" Wicker recalled. "And if it had not been for her faith, for God, and for the faith and generosity and compassion of others, I don't know if she would have survived it. Even though she didn't get Ebola -- to just be SO rejected. And I mean death threats, for her whole family.  People were talking about how they should die."

Duncan 'The Sacrifice for Africa'

And while others criticized Duncan for bringing Ebola to America, believers declared he was used of God.

"Eric was the sacrifice for Africa," Wicker declared.

Troh believes Duncan had no idea he carried Ebola into the U.S. And she sees great purpose in his death.

"His life was given for the Africans to be saved, for everybody to get concerned about this Ebola around the world," she said.

"Liberians were dying every day and the world was paying no attention," Wicker said of the period before Duncan's death. "But when Eric became ill and came to America, Ebola now had a face. And all over the world, people now began to pay attention."

Much medical care and aid was rushed into Liberia and nearby nations, and the death rate from Ebola was drastically reduced.

What that said to Mason was, "God can be in the midst of this, and good things can come out of something terrible because that's the nature of the Gospel."

A Moment for Dallas' Redemption

As for Dallas, Mason said many officials and leaders during this Ebola crisis were remembering the dark days of the Kennedy assassination.

"When we came out of that terrible event, people often referred to Dallas as 'the city of hate,'" Mason recalled.  "The mayor especially and many of us in the back of our minds knew that this was a moment for our city's redemption, that we wanted to come out of this new crisis and say that Dallas is a city of love."

Wicker summed up, "It was a terrible time and a wonderful time because you saw the worst of people and then you saw the best of people.  There were people who just refused to give into fear."

"Perfect love casts out fear, as the Bible puts it," Mason added.  "Fear tends to make people move away from each other, but the love of God makes us move toward each other."