NFL's Benjamin Watson on Racism: 'Hatred Is Broken by Love'

Football is historically a game of opposition and struggle. It's snapshot of life, often reflecting the larger culture and with it issues of racism.

"The amazing thing about a football team is we can disagree and fight like brothers, but then we come back together. We are able to be open and honest about things that may offend us," New Orleans Saints Tight End Benjamin Watson said.

"(It's) a great opportunity to get past what somebody looks like, and then when we leave there and kind of go back into the real world, and have to deal with these different issues," he said.

After a Monday night game during the court hearings concerning the Ferguson, Missouri, rioting, Watson went home and watched the aftermath of the grand jury's decision to acquit a white police officer who fatally shot a black teen. Violence ensued.

"You just have a hard time grasping, what do I really feel, where do I fit in that, so something this big that had such buildup and is so intense and so loaded, historically there's so many layers of emotion," he recalled. "White people think one thing and black people think another thing about the same event. And we automatically, before we really know what happened, kind of pick our sides."

The following day, the NFL veteran conveyed his feelings through a Facebook post that went viral. He expressed his anger and frustration, along with hopefulness that there can be a solution to the deep divisions.

Applauded for being transparent and objective, Watson was in demand for news shows as well as print and online stories.

"Honestly, I had teammates, black, white, coaches, people of all walks of life say you know what, that's how I felt but I just couldn't put it into words," Watson said.

"I was angry!," Watson said. "As a black American, there's a history of injustice from my grandfather and my father and my great grandfather towards blacks in this country. You see something happen like this, you automatically bring back the history, and in many cases, the present, and you see things through that lens. So as a black man, I carry that."

"Secondly, after the anger I had some introspection. Am I any better than the white people I point the finger at if I'm coming into this with preconceived notions about what happened when I don't really know what happened?" he continued. "Is that right of me to do? Is that what God would have me to do?"

"You're no better than anybody else who's prejudiced if you're holding those same feelings towards someone else," he said. "I think this event kind of brought that out."

"Racism is simply a symptom of sin. And sin is the foundation. Sin is something that we're all born with," Watson pointed out. "So I have the propensity to be racist, to be prejudiced, to hate other people. I have the propensity to do all those things. I think the response was so great because I'm saying that look I need the blood of Christ, too."

"Lastly, I'm encouraged. I'm encouraged because the Gospel gives us hope. Christ changes who we are on the inside and transforms our heart so that we can love other people that don't look like us," he said.

"And I'm encouraged because I see progress in this country racially. And it's foolish for us to say there's been no progress," he added.

How does he think hatred is broken?

"Hatred is broken by love. And love is an action, reaching out to people of other races, even if it's not comfortable," Watson said. "And it's also through forgiveness. There's a lot of freedom in that."

"Unforgiveness really holds you, really punishes the one who is not forgiving. As a black man I can't grow, as the black community we can't grow until we're able to forgive," he said. "Now it doesn't mean that what the other people did was right. But it doesn't mean you can't forgive."

Watson said believes the biggest misunderstanding about the black community is, "that we are not all the same."

"And I feel like sometimes we are painted with a large brush and it's usually negative. We don't want to be suspected of doing something wrong," he continued. "As a black man, I feel like you are constantly trying to prove that you are not what you think people expect you are. And that's a tough burden to carry."

It's a burden he and his wife Kirsten want to ease for their four young children as they grow up.

"If you talk to any black person, they're going to have an experience when they found out they were black because you don't know for a little while, you're just living. You're a kid," Watson explained.

"We teach them the importance of caring for and loving people individually and that their worth as a person is in who God sees them, not in how somebody else views them, so they understand their true identity," he explained about raising his kids.

"So that when that time comes, and it will come, when they understand that they're a minority and what all that stuff means, they'll be able to weather the storm," he said.

Benjamin Watson the husband, dad, minister's son and NFL teammate believes the church has an opportunity and responsibility.

"I know who I am because of Him. I'm sinful and I needed a Savior. Nothing can separate us from the love of Christ," Watson said. 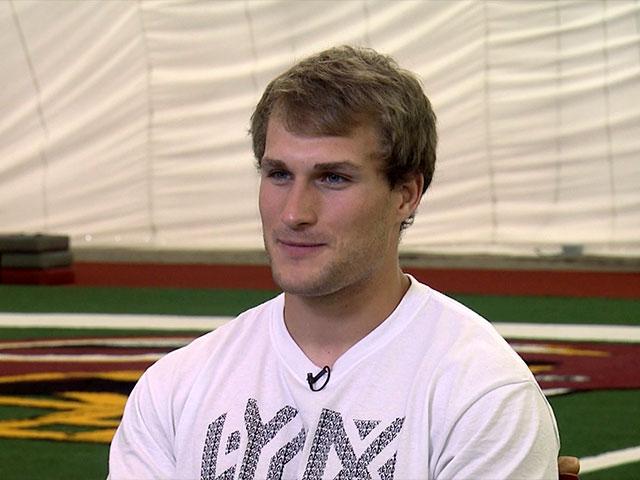 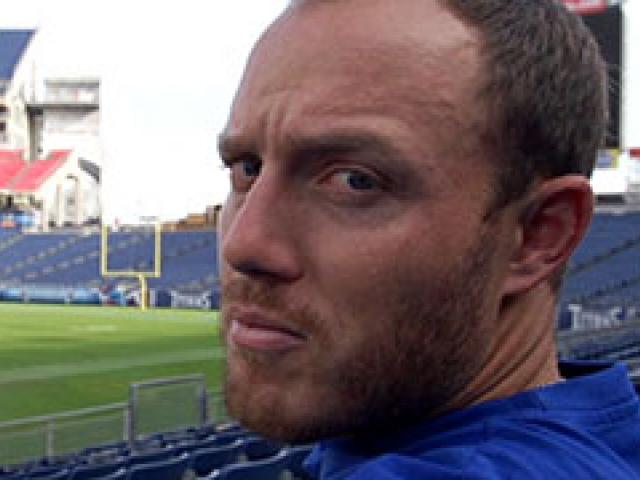