Why The Pilgrims Declared War on Christmas

PLYMOUTH, Mass. -- Many Christians believe the birth of Christ is a holy moment, truly worth celebrating at Christmas. But others oppose the holiday because it's so commercialized.

Such opposition is nothing new. In fact, some of history's most fervent opponents of Christmas were also some of its most famous Christians: the Pilgrims.

"Christmas is not in the Word of God," 'Winslow' said.

The Pilgrims also thought it sacrilegious that the early Catholic Church had decided to place Christmas and Easter on the very same dates as already popular Roman pagan holidays.

In order to understand the Pilgrim's position, one must consider the historical context. The Pilgrims came to America on the Mayflower not all that long after the Protestant Reformation began.

The all-powerful Catholic Church looked on these 'Protestants' as rebels and heretics, leading to much persecution and bloodletting.

Consequently, the Pilgrims wanted little to do with most anything that had even a hint of Catholicism about it  such as holidays like Christmas and Easter that the Catholics so enthusiastically embraced.

"All those things that are not determined in the Word of God," 'Winslow' remarked.

The Pilgrims weren't just anti-Catholic. In those days, they were mainly known as the Separatists, and what they were trying to separate themselves from was the Church of England, which also loved the Christmas and Easter holidays.

Leo Martin, Pilgrim re-enactor and author of the book Pilgrim Pursuit of Happiness, runs the faith-based Jenney Museum with his wife Nancy. He explained why the Pilgrims wanted to separate from the Anglican Church of England.

"That was a very external church -- robes and pomp and circumstance," he said, explaining that Pilgrims thought such ceremony distanced man from God and considered it fleshly.

"This was offensive to them," Martin said. "One of the reasons they left the Anglican Church was that."

CBN's Paul Strand received quite a tongue-lashing from 'Winslow' for calling the Pilgrims Separatists.

"Paul, you seem such a nice man. I don't think you meant to insult me by calling me a Separatist. For that is a term that is used by our enemies," he said.

The Pilgrims called themselves "reformers," specifically when it came to scrubbing out blasphemous holidays.

"We have reformed the Christian calendar," Winslow said.

Massachusetts' ruling Puritans actually banned Christmas in 1659 and it stayed illegal for more than two decades.

Martin says the Puritans and Pilgrims would find modern Christmas events like Reno's Santa pub crawl or Philadelphia's Racing of the Santas outrageous.

"And they would say to you, 'See! See what happened! You can't celebrate these pagan holidays without this kind of a result,'" Martin said.

And in the Pilgrims' day, Christmas season might have been even rowdier.

"A time of great debauchery in England, wherein there is much use of spirits and much making of parties," Winslow said, sort of a Mardi Gras on steroids.

"And it is not as a Christian that I am against joy. But I am for a sober Christian cheerfulness," Winslow explained.

How passionate were the Puritans about this?

When Sir Edmund Andros took over the Massachusetts Bay Colony for the British crown in 1686, he put on Christmas services for his fellow Church of England members in Boston.

They were so in fear of the Puritans reacting violently, they felt they had to surround themselves with British soldiers as they met.

Times, however, have changed. During the November parade in Plymouth meant to honor the Pilgrims, there's Santa Claus, cheered just as much if not more as any float featuring the Pilgrims who loathed Christmas.

Afterwards, local Santa fans love and embrace the jolly Christmas icon in the very Massachusetts that banned the holiday for decades in the 1600s. 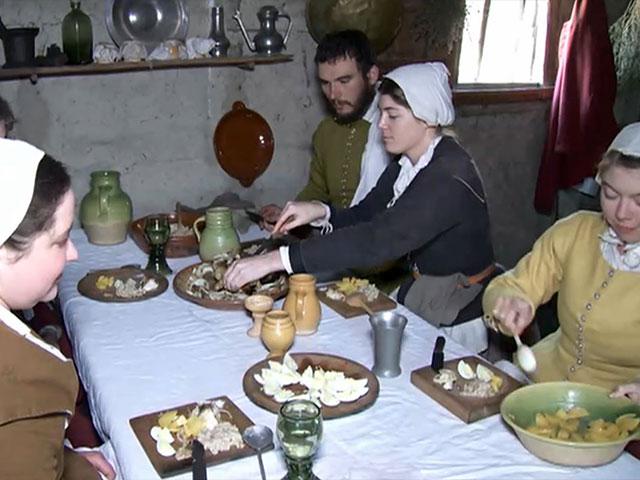 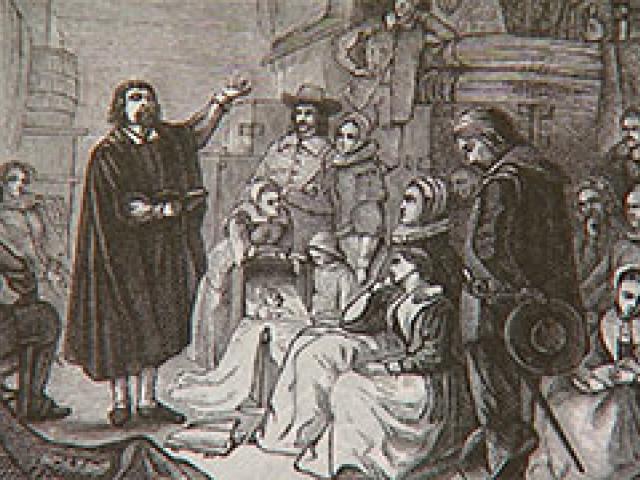