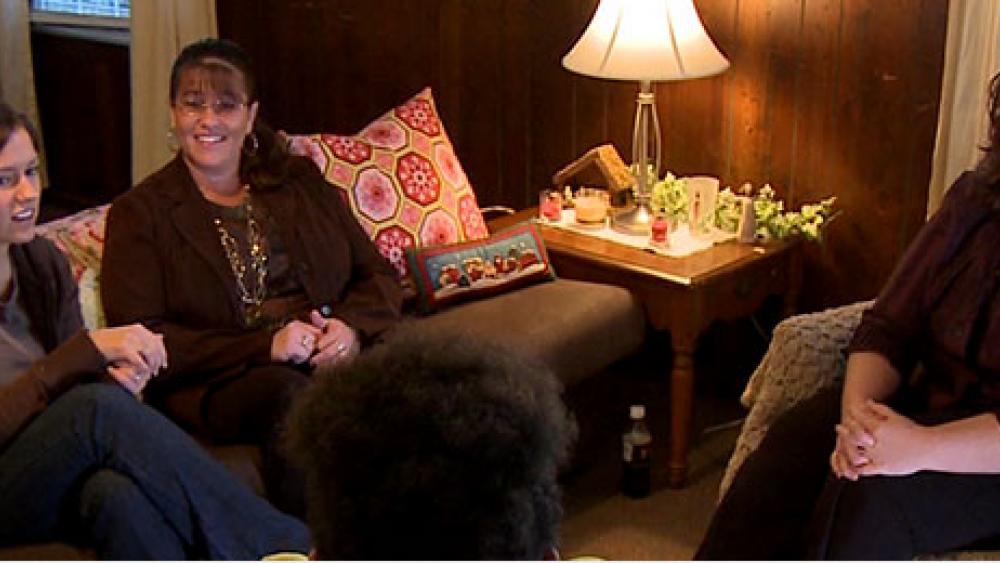 MARYLAND -- Sex traffickers in the U.S. exploit an estimated 100,000 children every year, according to Shared Hope International, an anti-trafficking non-profit organization. Yet the latest estimates show that only 50 shelters exist nationwide to help survivors recover and rehabilitate from what's considered complex trauma.

As public awareness of sex trafficking has grown in recent years, many concerned faith groups across the country have moved to open shelters but are facing considerable challenges. The cost of working with survivors is high and the research on the best protocols to help them is limited.

For 13 years sex traffickers tricked, manipulated and sold "Hannah." She endured until it became clear they might kill her.

"I came to realize that people didn't love me or care about me," she told CBN News. "As a matter of fact, they would have traded my life to protect their own lives."

She arrived at The Samaritan Women, a Christian trafficking shelter in Maryland, both scared and excited.

But Hannah is the first to admit that her months of recovery have been painful.

"This program hasn't been easy," she said.

Victims of trafficking usually experience major and persistent trauma. It's comparable to what is known as post-traumatic stress disorder (PTSD). The deep and sustained injuries they carry often require intensive restoration that can last up to two years.

Jeanne Allert founded The Samaritan Women four years ago. She and her staff provide round-the-clock care for the women in their shelter.  Allert said most women were trafficked initially while children and grew up in chaotic homes.

"She [client] has already been living an unstable and traumatic existence," Allert said. "Then you add the trauma of being trafficked -- the violence, the neglect, the deprivation, the coercion -- and that creates a complexity of trauma."

The Cost of Healing

Allert said The Samaritan Women spends about $28,000 per year per client.

"We're dealing with the threat, her history, her skills or lack thereof, maybe medical issues, mental health issues and it's really the whole person and her whole life," Allert explained. "So when people say 'What are your services?' not so facetiously we say 'everything.'"

Allert said the shelter cost per client is $12,000 less per year than the cost of incarceration in Maryland. Still, it's tough for start-up shelters to stay financially afloat and provide the array of services that survivors need.

"The programs that are really doing the best job cost a lot more than the programs that may not have specialized services to victims of trafficking," Eliza Reock, director of programs for Shared Hope, said.

Research is the other main hurdle for trafficking shelters, limiting both fund-raising and program effectiveness.

The American Psychological Association's (APA) 2014 Report of the Task Force on Trafficking of Women and Girls noted that "no reliable estimate" exists on the prevalence or incidence of trafficking in the U.S.

Further, it described a "dearth of clinical research identifying best practices for this population."

That leaves shelter providers on their own when it comes to best practices and determining the most helpful services and means of delivering them to clients.

Danielle Lohan, an anti-trafficking specialist at The Samaritan Women, said shelters across the country are finding the challenge difficult.

"There's a lot of burnout," she told CBN News. "We have a lot of people who want to help, don't know how and then it's frustrating for them."

Since it first opened its doors in 2011, The Samaritan Women has learned a great deal about what survivors need. Allert said initially they need to feel safe both physically and emotionally.

Next, survivors must learn who they are. Providers are finding that many have missed crucial adolescent development because traffickers lured them in as young teens.

"Even though chronologically she is in her 20s," Allert said. "We're starting at 14 and picking up on those lessons that you learn during those stages of your life."

For most survivors the final step at The Samaritan Women is deciding what kind of work they will pursue. For many, that means finishing their education. For others, it means focusing on career goals.

"Hannah" loves to mow the shelter's large property with the hopes of becoming a forklift operator. She credits relationships in the shelter with giving her the strength to press on.

"I know they would do anything in their power to see me succeed," she said. "Knowing that keeps me strong."

The APA task force is calling for survivor-informed research to help pave the way for women like "Hannah."  It also wants to explore the role of faith in the recovery process.

It's an enormous challenge, but Allert noted providers can also build off a core resilience shown by survivors.

"She's already survived -- so we've gotten an individual into our care who's already proven that they have tremendous strength," Allert said. "So for us to treat her with complete kid gloves as if she's unable to care for herself, I think disrespects the fact that she's already demonstrated that she might be stronger than you are."

Providers say picking up the pieces of these broken lives is not only expensive but complicated and emotionally draining. It's tough to repeatedly hear stories of trauma and help women process and heal.

But advocates believe that doing nothing puts young souls at stake and adds long-term costs to society for those who never heal.

*Names have been changed to protect identity.

If youre interested in supporting the work to help rehabilitate survivors of trafficking, you can contact The Samaritan Women, Well Spring Living, On Eagles Wings, Shared Hope or other Christian trafficking shelters.