Bellwether? Why This Tiny Synagogue Should Concern You 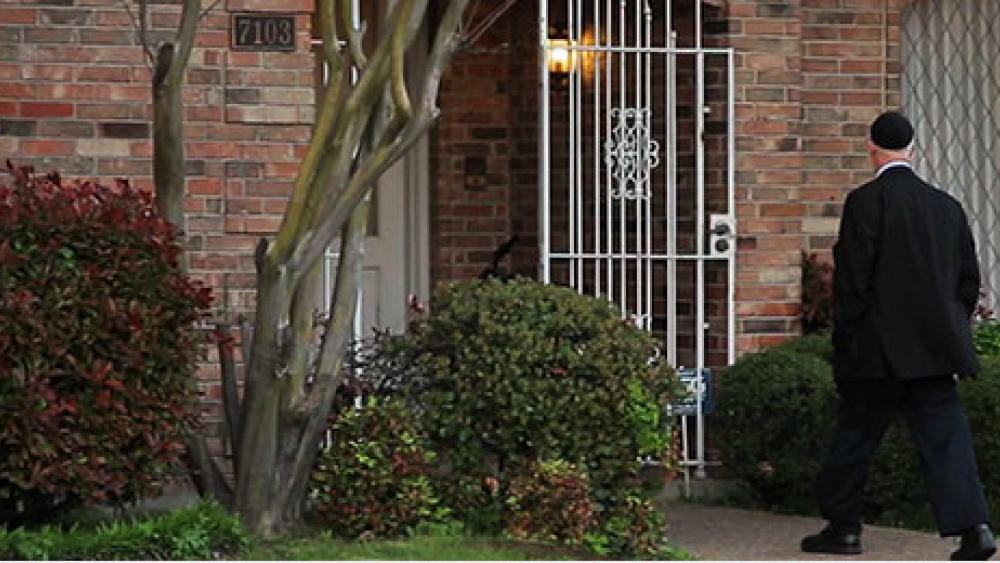 DALLAS -- For thousands of years, believers have gathered to pray and worship in private homes. In America, it's been a protected right -- at least until lately.

For instance, in Dallas the city government is attacking a small home-based synagogue so hard, it might kill it off.

Dallas first demanded that Congregation Toras Chaim -- a group that meets in a home in the Highlands of McKamy neighborhood of Far North Dallas -- get a city-issued certificate of occupancy to operate. When they didn't, the city sued.

The congregation has been trying to comply, but says the costs of what the city is demanding in renovations is simply too high.

"It's about $200,000 in changes for the 20 families who are members in the synagogue. We could never afford it," Rabbi Yaakov Rich told CBN News. "It would mean shutting down the synagogue and forcing everybody, literally, to sell their homes and to move somewhere else."

That's because they all have to be close enough to walk.

"You see, in Orthodox Judaism, we are not allowed to drive on the Sabbath," Rich explained. "And so if the synagogue couldn't be within walking distance, then everybody would have to relocate to where the synagogue was."

Members feel singled out since as far as they're concerned, they're just a small group of religious believers meeting privately in a home, no different than the small groups or home groups that thousands of Christian churches have all over the country.

The pressure goes beyond the government. Liberty Institute lawyer Justin Butterfield has been lead counsel in the synagogue's legal dealings.

"Since the city brought their lawsuit, there's been vandalism," he said. "There've been swastikas painted - one on the rabbi's car, on fences around the area. And it's really created just a hostile environment."

Butterfield warned that the city's duel with Toras Chaim is a bellwether.

"If they can shut this small Orthodox Jewish congregation down, they can shut down the prayer meeting, the Bible study, even the person who just has some friends over for dinner," he asserted.

"We realized very quickly that this had really national implications in terms of setting precedent for law and religious liberty in the United States," Rich added.

But some in the neighborhood see it differently. They feel they were promised they'd live in a strictly residential situation, and they've ended up with a busy synagogue as a neighbor.

David Schneider lives across the street.

"They do services two times a day, seven times a week," he said of the congregation. "So, they're a very active congregation, which is wonderful, but that also means a lot of foot traffic, a lot of car traffic."

That and the potential for falling property values among other things prompted Schneider to lead a Highlands of McKamy homeowners association effort to sue Toras Chaim.

Schneider was asking for $50,000 in damages because he figured that's what the synagogue's presence was knocking off his property's value.

"Any type of thing that is non-residential, in my mind, would make this area stand out from other areas and make people less interested in buying at some future point in time," he said.

Schneider is quick to say none of his objections are anti-Semitic.

"I know for some people, the first thought off their mind is, 'Well, if you're opposed to a synagogue, you must be anti-Semitic.' But you can be opposed to something a synagogue does without being opposed to the synagogue itself," he insisted.

To prove the point, Schneider pointed out he has offered to let congregants on busy days park in front of his home. He and others that sued made a $1,500 reward offer to help track down whoever painted the swastika on the rabbi's car.

"The amount of anxiety - having a lawsuit, a major lawsuit, that quite possibly the synagogue might have to close down and the members of the community would have to sell their homes and move somewhere else - it was just too much to bear," he told CBN News.

Short-term relief came when a judge dismissed the neighborhood lawsuit. But then the city sued. The rabbi has tried to face the situation with humor.

"I was running out of material to speak about on the Sabbath morning. And so the city sued us and now I have new stuff to talk about again," he joked.

The Dallas City Attorney's Office rejected CBN News' request for an interview, but passed on a statement.

"The city of Dallas does not restrict the location of synagogues and any other places of worship anywhere in the city. Places of worship, however, are not exempt from complying with city ordinances," it said in part.

The city insists this case has nothing to do with religion. It's about a home that daily hosts meetings with people from outside the home while not adequately protecting them when it comes to fire and safety issues.

Dallas wants a second front entrance to the house, a sprinkler system installed, bathrooms made larger and handicap-compliant.

"They are asking us to put 13 parking spots on the property. I don't know where," Rich said. "And the interesting thing is that on the Sabbath, nobody drives; nobody parks on the street; you'll never find a car."

"I think the city has in their mind that this is not a handful of families who are coming together. That this is hundreds of people, and it's not," his lawyer, Butterfield, added.

"Often there's fewer than 20 people on a Sabbath," he explained, pointing out that "people will have 15 or 20 friends over all the time. I'm sure there are many Super Bowl parties that are double or triple that."

Schneider shot back, "And probably there are a few Super Bowl parties that should be regulated."

He argues the rules are the rules; the neighborhood is for single-family homes only, residential use only - and neighbors are upset because the synagogue doesn't meet the criteria.

"Pretty much most of the people around here would feel the same way if it were a medical clinic or a school," he insisted.

But the judge who tossed the lawsuit Schneider spearheaded already announced Toras Chaim is protected by Congress's federal law RLUIPA - the Religious Land Use and Institutionalized Persons Act, as well as Texas' own version of RFRA  - the Religious Freedom Restoration Act.

Both laws are meant to stop local governments from doing to small congregations what Dallas is trying to do to Toras Chaim.

And Butterfield has warned city attorneys that could come back and really bite the taxpayers of Dallas.

"I pointed them to some previous cases," he said. "There was one a couple of years ago in Los Angeles that resulted in an almost $1 million verdict against the city."

Butterfield's colleague at the Liberty Institute, General Counsel Jeff Mateer, added, "It's government overreaching and invading the sphere of our private lives."

He suggested there couldn't be any more fundamental a case.

"The bigger picture here is that this isn't just about a small group of Orthodox Jews. This is about anyone who wants to practice their faith in private homes," he asserted.

Still, the rabbi said it's a frightening time as his group faces their second lawsuit.

"Going up against the city has the perception of being something much bigger and much worse," he explained.

No matter the merits of this case - who's right, who's wrong, who wins, who loses - what's not in dispute is the fact that the very existence of the small religious group Congregation Toras Chaim is on the line.