A Successful School in Detroit? This One Works 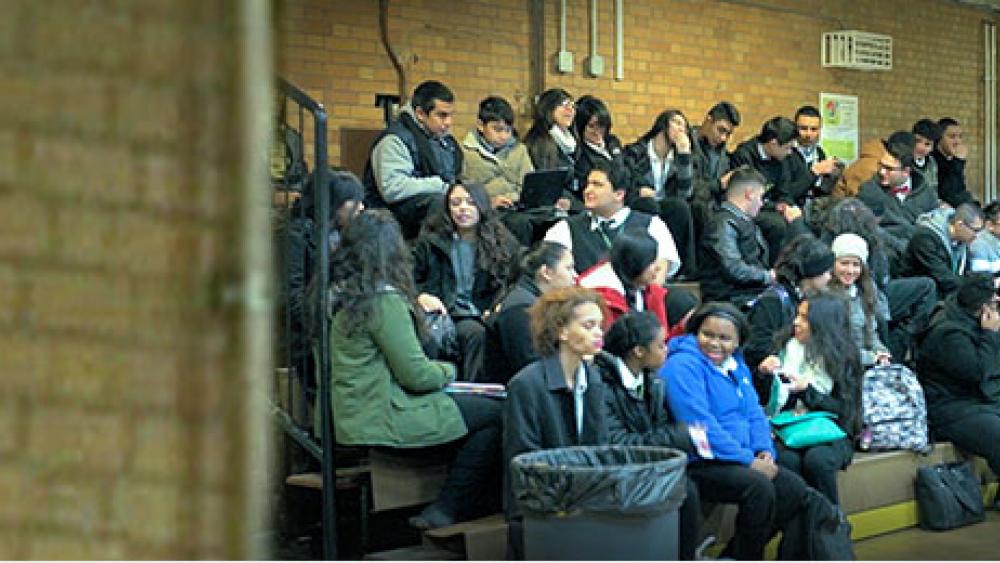 DETROIT -- In 2008, Cristo Rey High School opened its doors to students on the southwest part of Detroit, Michigan. In an area plagued by joblessness and poverty, the co-ed Catholic school stands as a symbol of hope and success.

Its mission is to serve low-income families and to get seniors into college. It is a goal that has become reality, which is why it's called the "school that works."

"It's a unique school," Cristo Rey President Michael Khoury said. "For many of our students, they will be the first in their family to go to college and so its a big responsibility."

"But it's also something new for both them and their families to know what it means to be in a college prep school, and that's why we're very demanding academically," Khoury added.

Cristo Rey is one of 28 Catholic high schools across the country that makes up the "Cristo Rey Network."

"They've been underserved. It's not that they can't learn," art teacher Patrice Evans said of these students.

"For a lot of them home life is pretty chaotic, too, and a lot of them come here for a sense of not necessarily physical security but emotinal security," Latin teacher Jim Dwyer remarked.

Tuition at Cristo Rey runs about $12,000 a year but families don't have to shoulder the entire cost. Part of the cost is covered by a work-study program where students work five days a month for companies that help sponsor the school.

Khoury explained that every student, freshmen through seniors, work a real professional job. The companies pay the school for the work students do.

One of those sponsors is Ideal Group, a leading parts supplier for General Motors.

"I went to General Motors about this idea of having our kids go there and today they have almost 40 students that work at General Motors," Ideal Group President and CEO Frank Venegas said.

"Now you think about a kid that has four years at General Motors, working with executives, working with mentors, finding out what it's like," he said.

Students said they appreciate the opportunity to gain work experience.

"A lot of jobs like when you're a youth, you go and they don't give you any responsibilities. At the work study program here, they give you responsibilities," senior Christopher Avila said.

The school also prides itself on what happens after students graduate. For the fourth year in a row, each Cristo Rey senior will enter a college or university.

Eighteen-year-old Paulina Torres plans to study engineering and business at the University of Detroit Mercy. She said Cristo Rey has given her the tools she needs to succeed.

"It's prepared me enough that it's a college prepatory school so I know what's going to be expected next year," she said.

Most of the students have more than enough choices for the next step in their education.

Sharvi'Anta Taylor has been accepted into 11 colleges but said she has not decided which one she plans to attend. She is considering Michigan State, Saginaw Valley, and Western Michigan.

Through rigorous academics and real world experience, Cristo Rey students are ready to excel academically and in life.

"For some of them it might be, like, the first time they really feel accomplished, like... I really did something with my life here and I'm really proud of myself and I know that this is the first step," teacher Jim Dwyer said.

"Now we already hear that the younger students, they know that they have a tradition to maintain," Khoury said.