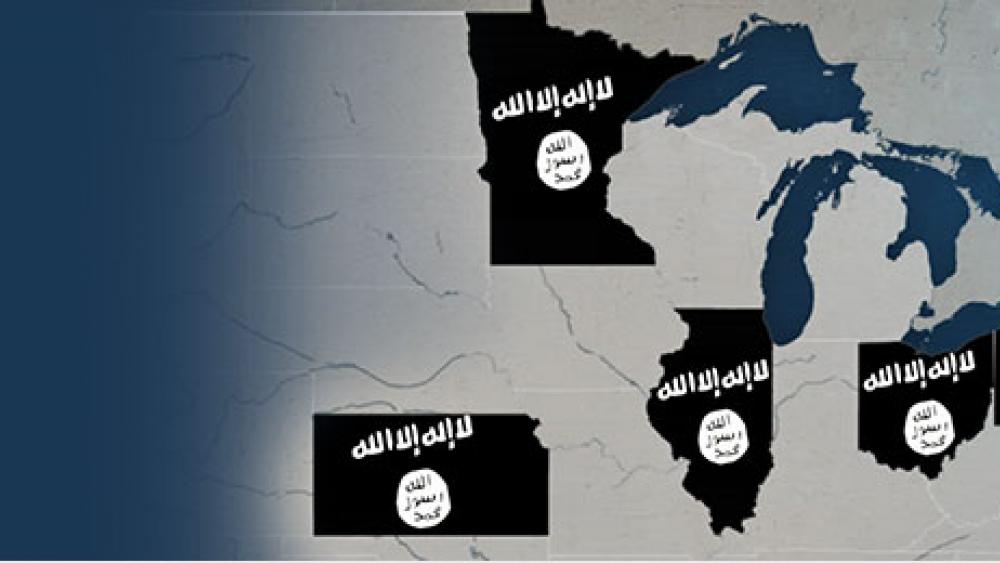 WASHINGTON -- U.S.-led airstrikes may have slowed ISIS's advance in the Middle East, but the brutal terrorist movement continues to attract followers around the world.

ISIS has made no secret of its desire to attack America and it's putting foot soldiers in place to make that dark vision a reality.

After two ISIS supporters attempted to storm a Mohammed cartoon drawing contest and murder everyone inside earlier this month in Garland, Texas, the Islamic State was quick to claim responsibility for what's been called the first ISIS attack on American soil.

The attackers, both American citizens, were killed by a police officer before they had a chance to carry out their plan. But the incident in Texas may have been a sign of things to come.

ISIS in Every State

From Pennyslvania to Illinois to Ohio to Minnesota to Kansas, federal authorities have arrested close to a dozen ISIS supporters in recent weeks.

"We're very definitely in a new environment because of ISIL's effective use of social media, the Internet, which has the ability to reach into the homeland and possibly inspire others" Secretary of Homeland Security Jeh Johnson said.

"Because of the use of the Internet, we could have little or no notice in advance of an independent actor attempting to strike," he explained.

In the wake of the Texas attack, FBI Director James Comey said that there are potentially "thousands" of American citizens that now follow ISIS online.

Comey has also said that the FBI is now conducting investigations into ISIS-related activity in all 50 U.S. states.

In addition, U.S. authorities say some 180 U.S. citizens have traveled overseas to join ISISand at least 40 of them have already returned.

Abdirahman Sheik Mohamud was one who made it to Syria. The Columbus, Ohio, resident trained with an Islamic terror group and then returned to the United States with orders to attack the homeland.

He was arrested before he had the chance.

Mohamud had been on U.S. authorities' radar before he left for Syria. That's why terrorism expert Patrick Poole said Mohamud should have never made it that far.

"They allow him to apply for a passport; they allow him to travel to Turkey," Poole told CBN News. "From there he goes into Syria, trains, comes back, and he's wandering the streets of Columbus for eight months."

Like a growing number of American ISIS recruits, Mohamud was of Somali descent.

Most hail from the Twin Cities, Minneapolis and Saint Paulan area with the largest Somali-Muslim population in North America.

"We've got to revisit these humanitarian visas," former Pentagon spokesman J.D. Gordon, executive director of Protect America Today, said. "We've got so many people here from places like Somalia with major Islamic terror problems and we keep letting them into the country. Why are we doing that?"

Mauro told CBN News that's one way the United States is heading down a dangerous path.

The goal of ISIS and its growing network of followers in the West is to turn American and European cities into guerilla war zoneswith regular attacks similar to those seen recently in Ottawa, Paris, Sydney and Texas.

Gordon told CBN News that to defeat this threat, the Obama administration must first acknowledge that it exists.

Ignoring the threat won't make it go away. ISIS recently boasted that it has "71 trained soldiers in 15 different U.S. states"and promised that the attack in Texas was only the beginning.