ROCKAWAY TOWNSHIP, N.J. -- Couples who've been married for a while know how important it is to retreat and get away from it all. But these days, thousands of couples are using those retreats as a time of intensive work to make their marriages super strong.

Christ Church in Rockaway Township is hosting such a retreat once a year and making a big deal of it. Recently some 900 people packed into Christ Church to patch up, buff up or build up their marriages at its "Elevate Your Marriage" retreat.

"They go through a lot of stress because they lack encouragement," he said. "So we come alongside of them as an older brother, and my wife as an older sister, and just put our arms around them, so to speak, and encourage them to keep living and building into one another by loving each other."

"We're trying to give people tools so that they say, 'You know what, we don't have to get divorced,'" Associate Pastor Barbara Franklin explained. "If we can just grow and become emotionally connected, spiritually connected and sexually connected, we can make this thing work."

"I use this as a platform to sort of reset our marriage and our relationship," participant Cesar Ruiz said as he returned for the second year in a row.

His wife, Ingrid, added, "We actually came last year and I took so much from it, just from every aspect."

"This is why we're here," church co-founder Dr. Marlinda Ireland said. "This is why we have this facility. It's not so we can just have services. It's so we can see people's lives transformed."

Three in Every Marriage

Top counselor Doug Weiss said it helps to remember who is in the marriage with you.

But people can forget that and then troubles overwhelm.

"And we get to the place where we don't think things can get any better," Marlinda said.

When you see a marriage end in divorce, you're going to find usually one of these three marriage-killers was involved: communication, finances or sex.

So Christ Church made sure they had someone at this retreat who could deal with each one of these crucial areas.

"About 70 percent of couples who break up cite fiscal reasons as at least one big factor in the break up," she shared.

She told attendees they each have a "money personality" and God seems to like pairing up opposites. So couples have to adapt.

"It's actually pretty common for a saver, for example, to be paired up with a spender," she said. "And you have to understand each other and how to navigate the tough financial issues that you are inevitably going to face."

In his book Clean, he shares studies showing women married to porn-users suffer from much higher rates of depression, have a much worse view of themselves and often have problems with diet.

"The spouse of a sex addict can have depression, lower self-esteem and weight gain," Weiss shared. "Which for women are the major symptoms of living with a sexual addict."

But he was also guiding couples toward right attitudes in a marriage, which come when you learn what your marriage really is and who the third member is.

"The last creation in scripture was marriage. It was a trinity on earth as it was in heaven," Weiss explained. "God was creating a three-faced being who loves and serves one another and that reflects heaven."

"This talks a lot about marriage and what it means: it's the foundation of the world," Mendham Borough Police Chief Pasquale Libertino, a newlywed and first time visitor to this kind of retreat, said.

And Weiss brought couples an attitude adjustment about where God fits into their marriage, reminding them the Lord is the loving Father of their spouse.

Speaking of his own wife, Weiss said, "This is a gift to me and I'm responsible for this gift. And I am God's son-in-law. So how I treat her impacts how He relates to me."

So couples should work hard at loving and serving their spouse because the effort is for God as well as their partner.

"They should see that marriage is a blessing, but it also requires work on the part of both parties," Libertino's wife Monica Libertino, with the Sabor Latino Global Channel, said.

Weiss came down hard on spouses who try to lord it over their partner and ignore the actual Lord.

"If you have a Christian marriage, you're married to an equal and if you honor her and honor him as an equal and you hear them, you don't need to play king or queen of the house," Weiss said.

"Because when you play king or queen, you deny the King who lives in the house," he added.

Divorce Not an Option

"Be all in, emotionally, physically, financially -- every aspect you can possibly think of -- be totally committed," he said.

Franklin said it's crucial for couples to remember they've entered into an eternal covenant.

"If you commit to the fact that divorce is not an option, it changes your perspective," he said. "It changes how you work out your issues."

The Irelands talked to those at the retreat about lesser levels of being committed.

For instance, Marlinda Ireland told the crowd, "The second kind of commitment is the 'renter mentality.'"

"No one ever washes a rental car because it's not their car," her husband, David, explained. "But when you own the car, you take care of it. Likewise, we must own our marriage and take care of it."

Those speaking to the Elevate Your Marriage attendees pointed out time and again, one seminar wouldn't save a marriage. They exhorted folks to do the work, pray together, confess their faults and always be quick to forgive.

"If not, then your heart's always going to be hardened," Ingrid Ruiz said. "And you can't continue to have a successful marriage with a hardened heart."

Deal with the Tough Stuff

Those leading the retreat encouraged couples to lovingly but boldly and directly deal with the nitty-gritty subjects: money, sex, child-rearing. They pointed out these are the most difficult subjects that are the ones you have to communicate about the most.

And David Ireland went in-depth about how men and women can communicate better.

"Look, guys, you really need to invest emotionally, you have to understand feelings, you have to get in touch with that feeling part of who you are," he exhorted.

"Say 'feeling' words, express your mood, express your feeling verbally to your wife. This way it'll deepen the relationship," he added.

And he had a plea for the women.

"Ladies, you have to be patient with us guys. We're sometimes knuckleheads. We're really slow on responding to you," the pastor admitted.

"I felt it was very important to come here and to learn to elevate our marriage," Pasquale Libertino said as he and his new bride departed. "And I tell you, I learned a lot today."

Franklin said she felt they were doing what churches need to do now more than ever.

"I believe today that we're making a stand in our community for marriage," she said. 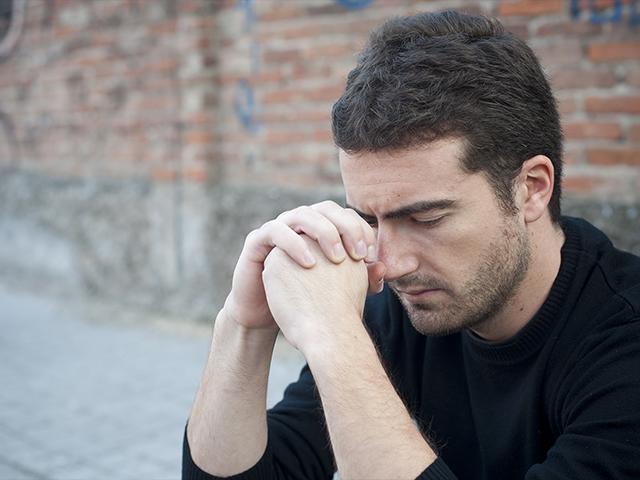