Miscarriage of Justice: 15 Years in Prison for a Crime He Didn't Do

HANOVER COUNTY, Va. -- Marvin Anderson loves his job as a volunteer firefighter in Hanover County, Virginia. It's a job he dreamed about having since he was 10, but his dream almost never came true.

On July 17, 1982, it was reported that a black man had raped and brutally beaten a white woman. Police immediately named Anderson, who is black, as a suspect.

"They asked me, 'Do you know anything about a rape that had taken place over the weekend?'" he told CBN News. "And my response was nothing other than what I heard people in the community talking about."

Anderson had never been in trouble with the law; therefore authorities had no photos of him on file.

But the police obtained a photo ID from his job at an amusement park. They showed the victim that color photo, along with six other black and white mug shots.

The victim pointed Anderson out from both the photo spread and a lineup.

"At that time I was like I would do anything to prove my innocence," Anderson said. "If I have to stand in lineup, I would do that."

During the police lineup he said the woman walked into the room, looked at everyone else but he had a feeling that she picked him out of the lineup.

"The officer stepped into the room and everybody else that was in the lineup was escorted out. When he came back in, I looked at him, I said she identified me," he explained. "He said yes and I started crying."

At the trial the victim maintained that it was Anderson who had sexually assaulted and beat her and left her for dead.

Meanwhile, from the beginning, people in the community where the attack took place told police that another man named John Otis Lincoln was responsible for the crime.

Also, a bicycle that had been used during the attack was identified by the owner, who said Lincoln had stolen it about 30 minutes before the attack.

Despite that evidence, Anderson was found guilty and sentenced to 210 years in prison.

"My mother was sitting directly behind me; when I turned to look at her I did not see her," Anderson recalled.

"It was like I was falling in a black hole; only thing I could feel was when they was putting the handcuffs on me," he added.

In 1988, six years after Anderson went to prison, Lincoln confessed to the crime. But the original judge in the case refused to vacate Anderson's sentence.

"There were days that in order for me to go to sleep I actually cried myself to sleep, wondering if my family's okay," Anderson said.

While in prison, Anderson reached out to anyone he thought could help prove his innocence. In 1994, The Innocence Project took his case. The non-profit legal group works to clear people wrongfully convicted.

"Aside from that, there was this very troubling evidence pointing to another person as the actual perpetrator in the crime that had been discounted in previous court hearings, " Potkin told CBN News.

According to The Innocence Project, eyewitness misidentification, false confessions, and government misconduct are the leading causes of wrongful convictions.

Malpractice in the System

It was later revealed that Anderson's original attorney did not present evidence pointing to Lincoln as the perpetrator because he was also representing Lincoln in a separate case.

Potkin called that malpractice and explained that there is not enough oversight for those who represent the criminal justice system.

"When we look at both sides of the spectrum, we have police and prosecutors who intentionally do suggestive identifications or help fabricate evidence through a confession or hide evidence that can be helpful to the defense," she explained. "And very rarely are these people held accountable, almost never."

"And we see the same thing with lawyers who just really offer just completely inadequate assistance of counsel and very rarely are people disbarred," she continued. "Very rarely are criminal charges brought when they could be completely appropriate."

"Part of the problem is prosecutors enjoy great immunity. They are almost completely immune from everything that they do in the courtroom," she said.

DNA evidence made the difference in Anderson's case.

"They got a profile that they were able to run in the state convicted offender database and, low and behold, it turned out that the DNA was consistent with Otis Lincoln, who by then was in the database," Potkin explained.

Since 1989, DNA evidence has helped to exonerate more than 300 people in 37 states. It is one reason why some in the faith community are reconsidering their stance on the death penalty.

Last year, the National Association of Evangelicals reversed its long-standing support of the death penalty.

"The development of DNA evidence has provided new ways for us to probe the guilt or innocence of those who are convicted or who are accused of crimes. And so in that sense it's been a very helpful development in the administration of justice," NAE's Galen Carey said.

Carey said since many evangelicals are deeply pro-life, many are asking if every life is sacred, how is it helpful to have government take a life?

The group Conservatives Concerned About the Death Penalty agreed with the pope.

"There is no question that the pope's strong opposition to the death penalty is having a real impact on American conservatives," the group said in a statement. "We see it every day in our work with fellow conservatives who, often prompted by their faith, increasingly are recognizing that the death penalty is both an unnecessary and harmful policy."

"Pope Francis understands that the death penalty fails as a response to violence. The death penalty does not make society safer and it can inflict additional harm on murder victims' families by prolonging the legal process," the statement continued. "In light of these concerns and recent wrongful convictions and botched executions, more states should heed the pope's call to end the death penalty."

According to The Innocence Project, 18 innocent people who were sentenced to death have been exonerated because of the science of DNA.

"So what would have happened to those 18 before DNA testing came about say 30 years ago," Potkin asked.

She said people who have studied death row cases and the death penalty have come to estimate that basically 4 percent of people sent to death are actually innocent.

"So have all of those errors been corrected? I think it would be erroneous for us to think so," Potkin said.

"The one thing that DNA testing has shown us is that we have to have humility in this criminal justice system. We don't always get it right and it's inevitable that we've sent people to death who are innocent," she said.

"I think even advocates of the death penalty accept that proposition. They know people who are innocent have been sent to death, but they just accepted it as kind of a cost of doing business," she continued. "I don't think morally we can accept that."

Anderson ended up spending 15 years in prison and four years on parole.

In 2002, he was fully exonerated by then-Virginia Gov. Mark Warner and eventually received compensation from the state.

He now serves as fire chief for the Hanover County Fire Department. He is also a board member for The Innocence Project.

He said being locked up for most of his adult life for a crime he didn't commit was painful, but he is not bitter.

Instead, he credits God for both the breakthrough in his case and the second chance at fulfilling his life's passion as a firefighter.

"When all this first happened I had lost faith," he said. "I had lost faith because all the evidence I had to prove my innocence didn't mean anything to the court system."

"I talked to God and asked Him to just take over my life, do what He wants to do with it," he told CBN News. "I've tried and I didn't succeed so I'm putting my faith in You and I think I'm doing pretty well today." 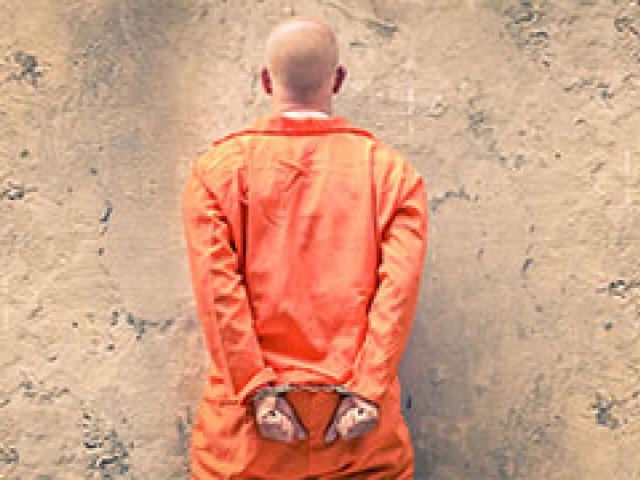 Finally, Something Washington Can Agree On