Leaders Push for Greater Evangelical Presence at March for Life

Two prominent evangelical leaders say they're pushing for a greater evangelical presence at the 2016 March for Life in Washington, D.C. , the largest pro-life rally in the world.

Dr. Russell Moore, president of the Southern Baptist Convention's Ethics & Religious Liberty Commission (ERLC), and Jim Daly, president of Focus on the Family, held a press conference Wednesday to explain their strategy for the Jan. 21-22 event.

It includes hosting an Evangelicals for Life conference in conjunction with the march to focus on an array of "life" issues, such as abortion, human trafficking, adoption and end-of-life topics.

Moore and Daly are also hoping to encourage more evangelicals to attend the event, which has traditionally leaned largely on Catholic participation.

"Given the strong pro-life witness of evangelical churches around this country we need to be present here and join arms with our allies on this issue," Moore explained.

"I don't want any fewer Roman Catholics at the March for Life, but we need evangelicals to be present there as well," he added.

Daly said he's encouraged by the growing number of young people who hold pro-life beliefs, saying that technology has greatly contributed to their understanding of the dignity of the unborn. Daly said that Focus on the Family has spent $30 million to provide ultrasound machines to clinics across the country.

Both Daley and Moore agree that 2016 will be an important year for pro-life issues, especially as presidential candidates discuss their platforms.

The Supreme Court will also decide on its first major abortion case since 2007. The case involves challenges to Texas law which requires abortion clinics to meet the standards for ambulatory surgical centers and requires doctors performing abortions to have admitting privileges at a nearby hospital.

The court will hear arguments in the case March 2 and is expected to issue a decision by the end of June. 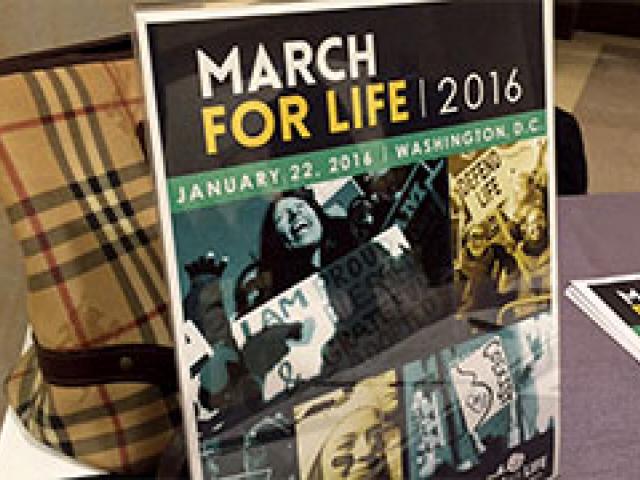