From Immigration to Conservatism Juan Williams Explains It All In New Book: We The People 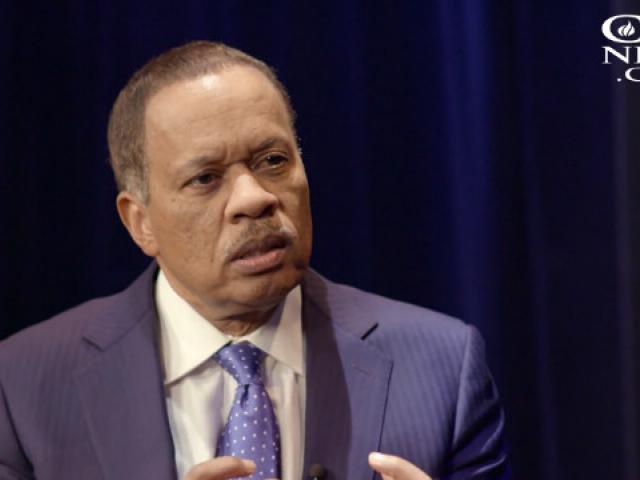 From Immigration to Conservatism Juan Williams Explains It All In New Book: We The People

He's a fixture on Fox News as a panelist on "The Five" and frequently provides political, social, and cultural analysis on the network's spate of programming.

Yet, Juan Williams is much more than a face on the news channel, popular among conservatives though he himself is a Democrat.

Currently, Williams is on tour promoting his new book, We The People.

His latest work explores the lives of people he identifies as the new generation of American founders, like Pres. John F. Kennedy and his brother Sen. Teddy Kennedy; evangelist Billy Graham; and former First Lady Eleanor Roosevelt, who have extended the vision of our founding fathers.

In the book, Williams explains the only way to fully understand today's pressing issues, like immigration, one must first consider the people and policies that changed the trajectory of those issues in modern society.

"Let's go all the way back to when immigration was really shaped in America and that's [the] 1960's," said Williams.

Williams explains that when President Kennedy came into office America was not as welcoming to immigrants and he wanted to change that.

He shares that Kennedy was largely influenced by the stories he heard from his Irish grandfather and great-grandfather about how the Irish were treated by the Brahmin in Boston.

"And then, once he's assassinated, his brother, Ted Kennedy, then a freshman senator from Massachusetts pushes the immigration bill through the Senate, changing where people can come from, how many people can enter. And (delete the word and) It permanently changed America and we've seen that accelerate now," said Williams.

America is at a historic high in terms of the number of immigrants in the United States and now presidential candidates like Donald Trump are using immigration as a spring board to rise to the top.

According to figures released by the Department of Homeland Security there has been a dramatic decline in the number of deportations over the last four years, from 409,000 in 2012 to just 235,000 in fiscal 2015.

"You have people saying this is not the America I grew up in," said Williams.