Sale of Baby Body Parts Hearing: 'Our Humanity Should Be Repulsed' 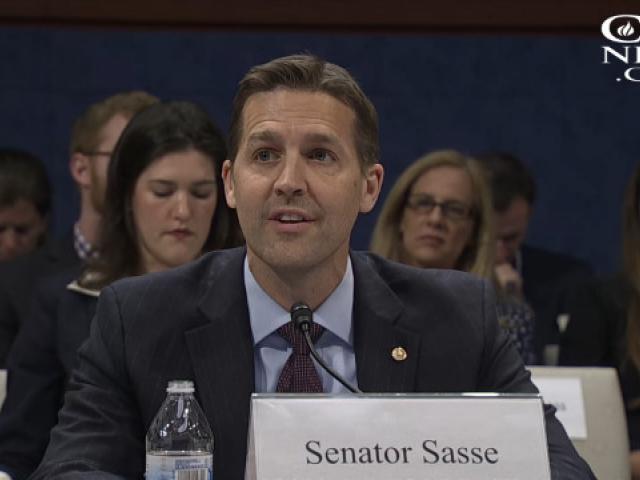 Sale of Baby Body Parts Hearing: 'Our Humanity Should Be Repulsed'

Lawmakers testified before a panel of eight Republican members and six Democratic members to determine whether abortion clinics were illegally making profit from fetal tissue.

"Today's testimony will show that evidence to be released today could establish that abortion centers, including many Planned Parenthood clinics, and the tissue procurement businesses have violated federal law against the selling of baby parts and that there is sufficient evidence to launch a federal grand jury investigation," Arina Grossu, director of the Family Research Council's Center for Human Dignity, said in a statement.

Rep. Marsha Blackburn, R-Tenn., served as chair of the House panel. She opened the investigation by referencing the 1993 passage of the National Institutes of Health Revitalization Act, where Democrats overwhelmingly supported a prohibition on profiting from fetal tissue sales.

"They understood that unborn children do indeed have constitutional rights," Blackburn said. "My hope is that both parties can come to a consensus."

During the hearing, the committee revealed evidence that procurement business like Stem Express acted as the middleman on behalf of Planner Parenthood to obtain fetal organs. It was explained that a "customer" could click on a drop down box that lists every organ for a baby for sale.

"Our humanity should be repulsed. We should all be sad by this," he added.

"For crying out loud this is the Amazon.com of baby body parts," he exclaimed. "There is a market for baby body parts and you get what you pay for. This is absolutely repulsive. Each of these little baby brains or tongues represent a baby. How can anyone defend this practice."

But several of those present defended the practice, saying that the real purpose of the hearing was to restrict women's healthcare.

"This committee's sole purpose is to hold fake trials of citizens and companies that comply with laws but not the political agenda of Republicans who want to restrict women's healthcare," Rep. Jackie Speier, D-Calif., charged.

Panel members discredited the evidence exhibited during the hearing, calling them "stolen and misleading documents."

"The majorities use of this brochure is misleading at best," Rep. Jan Schakowsky, D-Ill., said. "I think it is shameful for an investigation that seeks to get supposedly to the truth."

Business brochures and web pages urged for abortion clinics to partner with them and improve the profitability of clinics.

"Companies stonewalling congressional subpoenas must be held accountable" he noted. "It's time to get to the bottom of Planned Parenthood's black market of baby body parts."