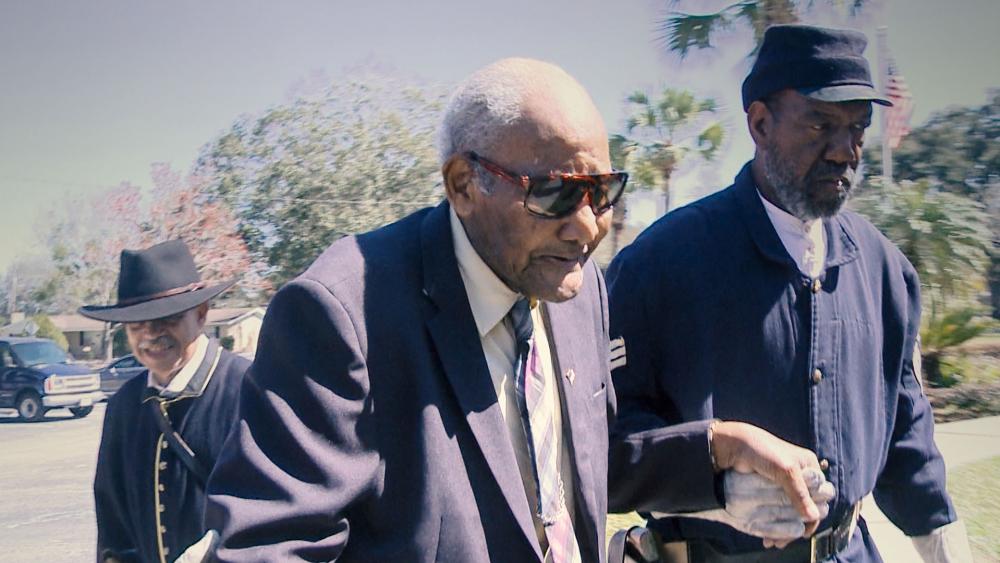 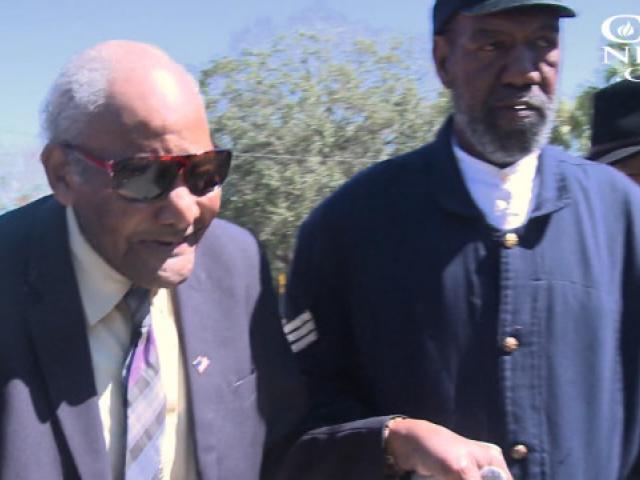 ST. PETERSBURG, Fla. -- In the sunny city that brought spring training to Florida, Willie N. Rogers is a bit of a local celebrity.

He holds keys to the city, county, and nearby Lakeland, Florida; his birthday parties draw crowds, including politicians; and his portrait hangs in St. Pete's Museum of History.

Out of a sense of reverence, everyone - young and old alike - addresses him as "Mister Rogers." Yet the demurring hometown hero insists he's no one special.

"My granddaddy on my daddy's side, he always taught me and  [my brother]  Roy … 'Ain't nobody no better than you, and you ain't no better than nobody else,'" he said.

The truth is few have lived a life as remarkable as Mr. Rogers. In fact, few have lived as long. He was shocked in early March when friends and family threw him a surprise party to celebrate his 101st birthday.

"I didn't have the least idea," he told CBN News. "I just thought I was going to Mulberry to see my sister!"

Longevity runs in the family. His youngest and only surviving sibling, Gertrude Glover, is 92.

Age doesn't seem to be slowing down the "super senior." He lives on his own, keeps his mind sharp with daily Bible readings, and still manages to get around pretty well - with the aid of a cane.

Just about every week, Mr. Rogers walks 1.5 blocks from his apartment to the historic Bethel A.M.E. Church, where he has been a member nearly as long as his 70-plus-year residency in St. Petersburg. Fittingly, it just so happens to be the city's oldest African-American congregation - now synonymous with its eldest member.

The new pastor, the Rev. Kenneth F. Irby, recalls a conversation he had with a mentor upon learning that he was taking a post at Bethel A.M.E. Church.

Born on March 4, 1915, nearly a year into World War I, Mr. Rogers' birth predates the 19th Amendment guaranteeing women the right to vote by six years. Back then, America's population, slightly above 100 million people, was about a third of what it is today.

Adventures as a Tuskegee Airman

While Mr. Rogers has seen a lot of change in his time, he has also helped to bring change.

In 1942, shortly after graduating from college, he was drafted into the Army and then transferred to the Air Force before ultimately being deployed to fight overseas in World War II.

Mr. Rogers served his country as part of the famous segregated military unit called the Tuskegee Airmen. Cornered by enemy fire on a mission in Italy, he thought he wouldn't survive to see past his 27th birthday at the time.

"I said we're going to get killed anyway,'" Rogers recalled. "I ain't gonna die no coward. I'm coming out of here."

Rogers managed to escape, but not without getting shot in the stomach by German soldiers.

"I was in the hospital at the 63rd General Hospital in London, England, for about three months," he said.

'He Never Said a Word'

Only recently did his family learn about the unknown story.

"Hearing this stuff for the first time you know in the beginning it was like, 'What? Daddy? Really?'" explained Veronica Williams, the oldest of Rogers' two daughters. "He never said a word."

Through research they confirmed his status as a "Documented Original Tuskegee Airman," or DOTA, which is defined as "anyone -- man or woman, military or civilian, black or white who served at Tuskegee Army Air Field or in any of the programs stemming from the 'Tuskegee Experience' between the years 1941 and 1949."

In recent years, their heroics, sacrifice, and trailblazing role integrating the military ahead of the Civil Rights Movement have been recognized with a Congressional Gold Medal and by Hollywood in the 2012 film "Red Tails."

"I look at it as all those that have gone on before him who didn't have the opportunity to receive the recognition, he's standing in the gap," Williams commented.

For the unassuming centenarian, the newfound attention hasn't altered his sense of humility or focus.

"I appreciate it," he declared. "But I be trying to talk to my heavenly Father and trying to live a Christian life."

At 101, he still has a lot to offer: wisdom, perspective, fascinating stories, and plenty of life lessons.

"Generous to a flaw," Felicia Rogers said of her father's impact on her own life. "That's the lesson I have from him - how generous he is."

"He has taught me in my short time as his pastor a greater sense of reverence for people," Rev. Irby explained. "His love for people and the Lord is a great motivator for our young people."

Even with a nine-decade age gap between him and his great-grandchildren, they understand having him in their lives is pretty amazing.

"I am very proud of my grandfather for what he's done for the United States of America and the Army in World War II," said 10-year-old Ashlyn Daniels, Rogers' great-granddaughter.

So what's his secret to longevity? His philosophy is simple: loving God and living according to the Golden Rule.

"I treat people like I want to be treated," he said. "If there are things I don't want people to do to me, I don't do it to them."

"We just want to see how many more he can make because there's no semblance, no signs of slowing down," commented Lou Brown, Jr., a friend and fellow Bethel A.M.E. Church member. "He's just marching forward, and we just have to try to follow to keep up."