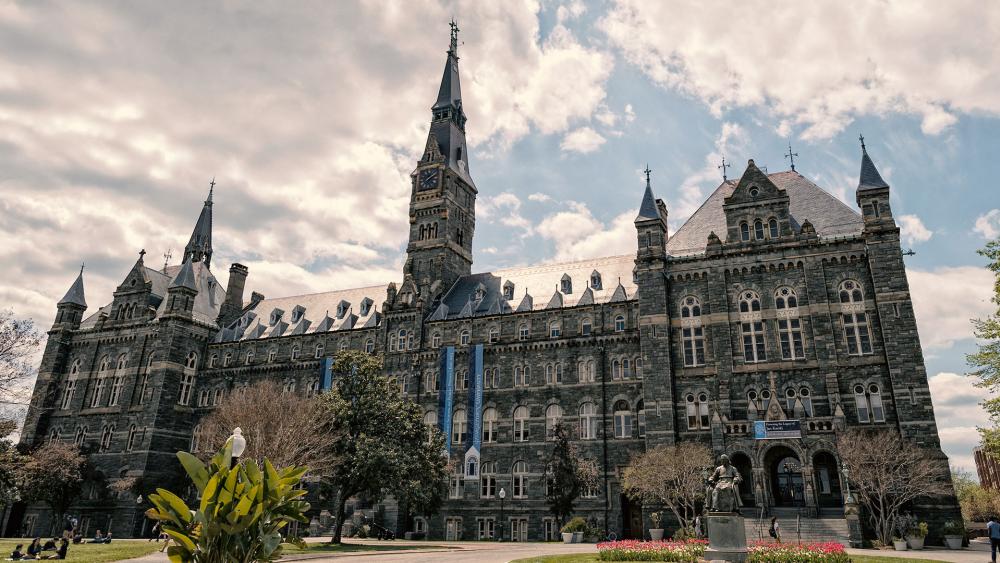 Georgetown University, founded as a Catholic school, is welcoming a Hindu priest as an addition to their chaplaincy, The Washington Post reports.

Brahmachari Vrajvihari Sharan, 31, led his first worship service in his new job as a Hindu chaplain on Sunday.

"Close all the tabs that are open, just as you would do to a Firefox window," Sharan told students in the room as the worship service started.

He formally trained as a priest in India and completed his doctorate in Sanskrit at the University of Edinburgh. He has taught at universities in Wales and London.

Sharan is the first Hindu priest to serve in the role of chaplain at any university in the United States.

Georgetown, a Jesuit institution with Catholic roots, says it is still dedicated to its religious purpose but wants to educate all students on other religions so they can experience "spiritual growth," and not solely focus on Catholic students.

"Part of our mission and our ethos is our desire to form the whole person," Rev. Greg Schenden, a Catholic chaplain at the university, said.

There are 300 hundred Hindu students across undergraduate and graduate schools, which prompted Georgetown to call for a Hindu chaplain.

Sharan said he was excited to move to Georgetown to teach the students and said the school's decision was "very, very surprising."

"It's a testament to their commitment and not simply lip service," he added. "They would like students to leave Georgetown with a deeper understanding of their spiritual self and their place in an inter-religious society."