God Before Gold: Rio's 2016 Olympians and Their Faith 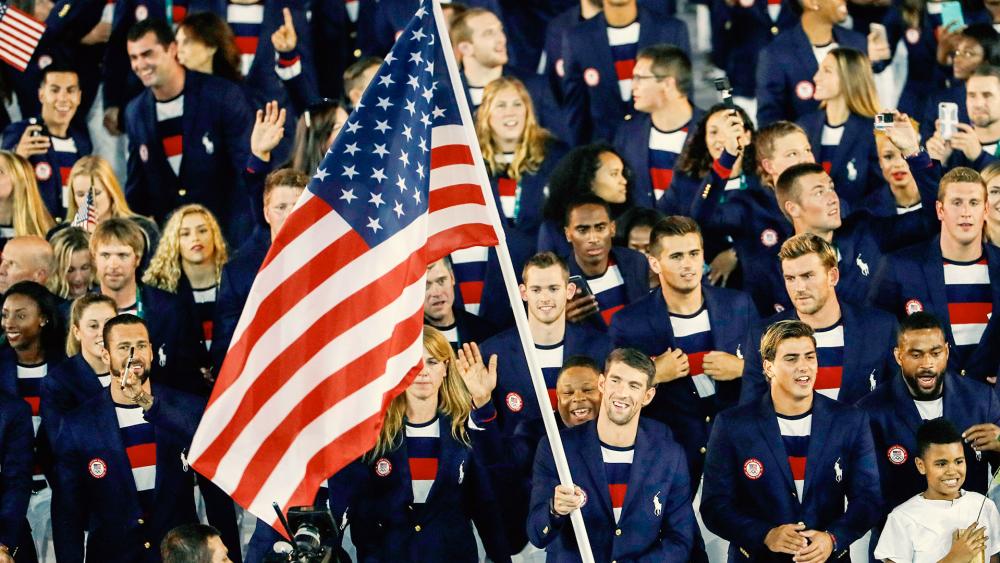 The petite gymnast, Madison Kocian is the reigning world champion on the uneven bars, but she puts her faith in Christ first.

She recently shared her faith with NBC saying she goes to church every Sunday with her family after making them breakfast.

"Yes. I like going to different churches when I travel to different states and countries. Faith is a big part of my life, and I love seeing the unique architecture and decoration."

Madison's good luck charm is a special gift from her mother.

"My mom also gave me a cross keychain that says "faith" before I left for the 2015 World Championships Selection Camp. I kept it on my backpack for every competition in Glasgow."

{The greater your storm, the brighter your rainbow} Thankful for the opportunity to compete at US Classics this weekend, but ready to work harder than ever for P&G's #nevereverquit

Corey Cogdell is a trapshooter and two-time Olympic bronze medal winner from the 2008 and 2016 Summer Olympics.

She calls herself a Christ follower, as well as an NFL wife on her Instagram.

Cogdell won the bronze medal for the United States during her time in Rio.

Feeling empowered this morning by this, ready to go conquer the world!

Kerry Walsh Jennings is an American professional beach volleyball player and a three time Olympic gold medalist in the 2004, 2008, and the 2012 Summer Olympics.

After having a baby and getting back into training for the Olympics, Walsh told The Christian Post that she starts her day by putting her feet on the ground and reaching her hands "to the sky and to God."

Walsh calls herself a "believer, wife, mother, athlete, lover of life, chaser of dreams; grateful for it all" on her Instagram.

Kerri Walsh can be seen competing on Tuesday, August 16th at 10:59 PM.

Empowered by these words #asamanthinketh #lawofattraction Tonight & always I will "focus on that which I want, NOT on what is"

He has been an absolute highlight of every Olympic experience I've ever had & a bright spot in my career @mattlauernbc thank you for your constant support & for your consummate professionalism. You are a gold medalist in all that you do We are grateful to you & @nbc_olympics2016 for treating us and our sport so well @aprilrossbeach @usavbeach @teamusagold

Allyson Felix grew up in Christian household with her father as a pastor. She was labeled as the fastest girl on the planet as a teenager. She competes in the 100, 200 and 400 meters. Felix won three gold medals in 2012.

"My faith inspires me so much. It is the very reason that I run," she said. "I feel that my running is completely a gift from God and it is my responsibility to use it to glorify him. My faith also helps me not be consumed with winning, but to see the big picture and what life is really all about."

God made me fast. And when I run, I feel His pleasure. -Eric Liddell

Catchings was raised by a single mother and went on to have a professional career in basketball playing on the gold medal team for the U.S. in 2012. Along with her professional career, she began a foundation that pairs mentors with low income children to help them focus on literacy and fitness, called the Catch the Stars foundation.

Catchings says, "I've learned that my success in basketball is temporary and the most important thing is keeping Jesus the focus of my life."

"God's purpose for me is not only to play basketball, but also to prepare our youth to catch their dreams one star at a time."

This picture was taken in the olympics, we were playing against France. If you didn't know, I've been a gold medalist three times!#olympics #baskeball #me

Maya Moore was raised by a single mother with financial challenges, but overcame them when she became a professional basketball player. She also played on the gold medal team in London in 2012. Maya promotes early reading programs and is a part of the Athletes In Action.

"It's been a great journey living and seeing the Lord's perfect timing unfold, and I'm still growing," Moore said.

"In the big picture, God is going to do what He wants to in my life, and He's lined my course and given me so many ridiculous opportunities."

“Therefore, my dear brothers, be steadfast, immovable, always excelling in the Lord’s work, knowing that your labor in the Lord is not in vain." 1 Corinthians 15:58 #MondayMotivation

Katie Ledecky, a six foot swimmer, who won a gold medal in Rio in the Women's 400m Freestyle, says her faith gives her a strong core.

At 19 years old Ledecky is a multiple world record-holder and she has even beat her own world record in the Rio Games.

"I do say a prayer — or two — before any race. The Hail Mary is a beautiful prayer and I find that it calms me."

Ledecky is taking home 7 gold medals and and one silver medal.

The smile says it all. I love this sport and the many people I've met along the way. Excited to be heading to Rio with @usaswimming @teamusa! Thanks to everyone for the support and cheers this week and over the past few years. Ready to rep the best country in the world! Go USA! PC: @mike2swim

The PGA professional is as a self taught, left hander who's won two Masters Tournaments. Watson grew up poor and learned how to swing a club by hitting a whiffle ball around his house.

After his first Masters win in 2012, Bubba gave all the glory to God and said, "I thank my Lord and Savior Jesus Christ."

Watson told BillyGraham.org that he is "getting more in the Word and realizing that golf is just an avenue for Jesus to use me to reach as many people as I can."

"I've been reading my Bible and growing stronger and stronger in my faith. Me changing as a person has helped my golf, not my swing. We've been working on it, a hard, slow process. Instead of swing thoughts and swing, it's all about the mind for me."

Just landed! From @theopen to NYC... Just hopping from one jet to the next! Check out the link in my bio! #TeamOakley #BubbasJetpack #BWAir

Francena McCorory is a track and field athlete known for running the 400 metres. She was a part of the 2012 summer U.S. Olympic team and won the gold medal in the 4 x 400 meter relay in London.

McCorory say God "blessed me with this talent, and I just want to use it to glorify Him. I can't get out here and run on the track by myself. It's all Him."

McCorory can be seen competing on Friday, August 19.

Another win for team USA! I ended my season running 50.3 and I'm extremely happy! This year has had its ups and downs but I am still BLESSED in sooo many ways! Now I can officially say the road to rio starts! I can't wait to take all that I've learned this year and apply it to next year! So first stop vacation and then training for the 2016 Olympics will begin!! I thank you all for your support and I love you guys! #roadtorio #blessed #highlyfavored #cantwait #fastandfierce