'It's Not Over.' Rescue Efforts Continue after Brutal La. Floods 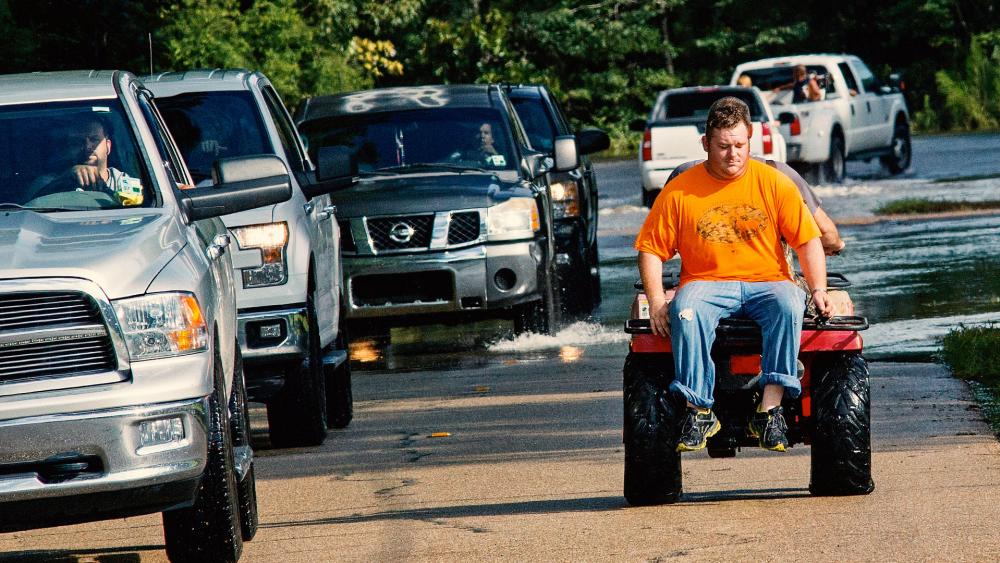 Louisiana is in a state of emergency after heavy rains pounded parts of the state, leading to historic flooding that affected thousands of homes and killed at least 10 people.

More than 20,000 people have been rescued from their homes in Baton Rouge and surrounding areas and 11,000 have been forced into shelters. In Ascension Parish, one local leader says people at a nearby shelter need baby formula more than anything else.

In many areas in Louisiana, rivers and creeks were still high above flood stage, and understandably, people downstream are concerned.

The slow-moving weather system moved into Texas, but the National Weather Service warned new flooding is still a danger, as the water moves toward the Gulf of Mexico.

One dramatic moment was caught on camera showing rescuers as they tried frantically to pull a woman from her submerged car.

"I'm coming," her rescuer replied. "Watch out! We are going to break this window."

Seconds later, she emerged safely from under the water.

It was just one of 20,000 rescues that happened all over Baton Rouge this weekend as emergency crews battled massive flooding strong enough to knock even tractor trailers off the highway.

Tens of thousands of people were forced to evacuate, taking only what they could carry.

"We have lost trailers, our apartment, our house has gone under. We have nothing left!" one resident said.

The federal government declared four parishes in Louisiana major disaster areas. That makes it easier for victims of the flooding to receive disaster aid.

According to the state insurance commissioner, an estimated 75 percent of those victimized by the catastrophic floods do not have flood insurance.

The hardest hit was the city of Livingston, which got drenched with 21 inches of rain in 24 hours.

"Obviously this is a serious event and still ongoing. It is not over," Louisiana Gov. John Bel Edwards said.

That's because in some places rivers are still rising and not expected to crest until Tuesday.

Heavy rains began falling in Louisiana on Friday, with between six and 10 inches falling on the southeastern parts of the state. Several more inches fell on Saturday.

Residents pushed and paddled down flooded main streets all weekend. More than 200 roads are closed in the state. Some were completely cut off, leaving hundreds of motorists stranded.

And when emergency crews were unable to rescue everyone, ordinary citizens stepped in - like Jordan Temple, a Good Samaritan who helped rescue one man from his sinking car.

"I told him, 'Don't panic. I'm here for you. I'm going to get you out of these flood waters,'" Temple recalled.

Sunday saw drier weather, but authorities are warning residents to stay home and off the roads.

"If the sign says 'road closed,' it's there for a reason and we all know what road closed means -- don't cross it!" one official said.

In the meantime, the state's governor has deployed 1,700 National Guard soldiers to help with search and rescue.