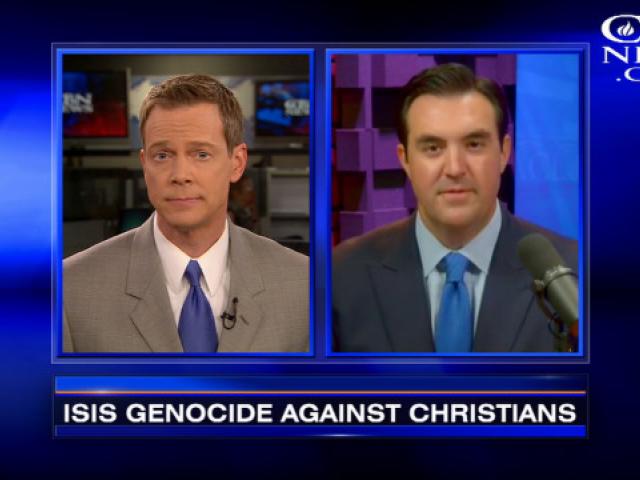 The American Center for Law and Justice filed a "massive" federal lawsuit  against the U.S. State Department over what it calls the department's "inaction on genocide."

CBN News interviewed Jordan Sekulow, the executive director of the ACLJ, about the lawsuit against the State Department. Watch the interview above.

The ACLJ said the lawsuit was filed against the State Department "for failing to provide information about actions the Obama administration is taking to stop the genocide of Christians by ISIS - the Islamic State."

"Christians are being horrifically slaughtered," ACLJ Chief Counsel Jay Sekulow said. "This wretched evil is unthinkable. It must be stopped."

Sekulow explained on "Jay Sekulow Live" show that the suit is in part an effort to know if the Obama administration has done anything about the genocide of Christians.

"We think right now the answer is zero," Sekulow said on the program. "That's why we're in federal court, and that's why we're fighting back because, folks, Christians are dying by the moment and others."

"Finally, Secretary Kerry decided to label what's taking place by ISIS as genocide, and while we're glad about that... the fact is we can't determine through our offices in New York, through our U.N. operations overseas, that they've actually done anything," he continued.

"And there are legal mechanisms that can be put in place once a genocide designation... takes place, but right now we're in federal court... because we can't figure out anything other than lip service that this administration's done," Sekulow said.

In July, the ACLJ sent a series of Freedom of Information Act requests to the State Department, hoping it would provide documents showing it is working to end the genocide.

"The United States should be a leader in defending and protecting Christians," Sekulow said. "The world is watching as Christians are put to death simply because of their religious beliefs. That's why it is so important to hold the Obama administration accountable and to find out exactly what is being done to bring an end to this horrific practice."

"And that is why we have gone to court to unearth the truth," Sekulow said.

CBN News reached out to the State Department for comment on the lawsuit. A spokesperson has not yet responded to the inquiry.