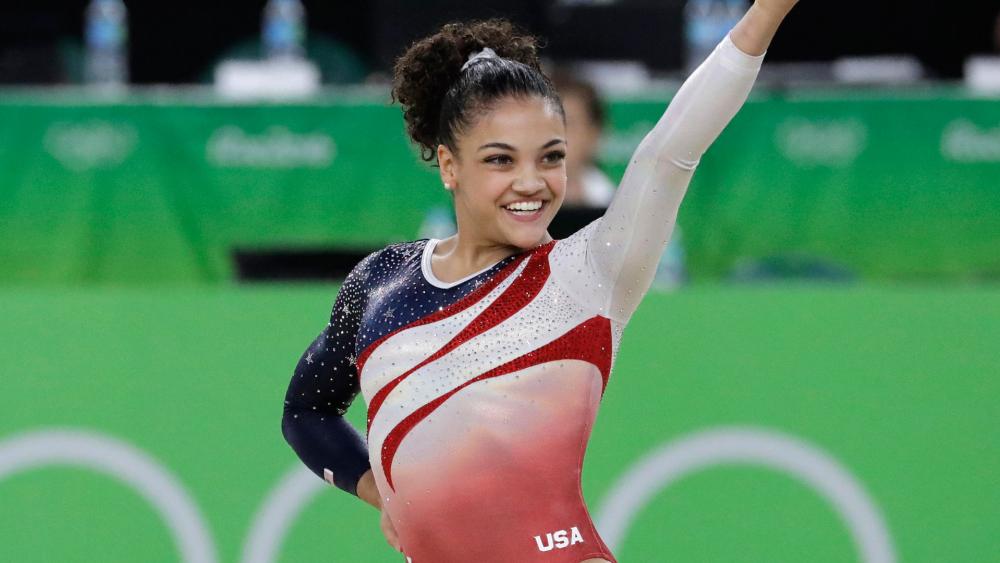 Laurie Hernandez, nicknamed "the Human Emoji" is the first American-born Hispanic gymnast to qualify for the Olympics in more then 30 years and she's giving God the glory.

"With God all things are possible," she posted on Instagram earlier this year.

"All things are possible for one who believes." -Mark 9:23

"As a little kid this is all I ever wanted," she told the Christian sports ministry Athletes in Action.

At 16, Hernandez is the youngest member of the 2016 USA Women's Olympics Gymnastics team, known as "The Final Five."

The team dominated Tuesday's all-around competition, walking away with the gold.

"#FinalFive - So extremely proud of my team," tweeted Hernandez after winning in Rio.

The New Jersey native is known for the joy and confidence she expresses throughout her routines.

Her bubbly personality and optimism are a direct result of her faith and she often thanks God for all the blessings of her life.

She says prayer helps her to deal with the pressures of competition.

"Usually, before I salute the judge I'm able to just grab the event and I pray on it and that really grounds me. For some reason, once I do that, I am able to think clearly and I'm able to calm down right before I compete."

The first-time Olympic gold medalist says she often witnesses to others by living her her faith.

"I feel that everyday God molds me into someone that he wants me to be. So if that means just, like talking to teammates and helping them out, or like every so often I'll post a Bible verse on Twitter or Instagram," she said. "There was one that I posted recently and I'm thinking it's my favorite verse. It's Proverbs 31:25, 'She is clothed with dignity and strength and she laughs without fear of the future.'"