Olympic Winners Boudia, Johnson: 'Our Identity Is in Christ' 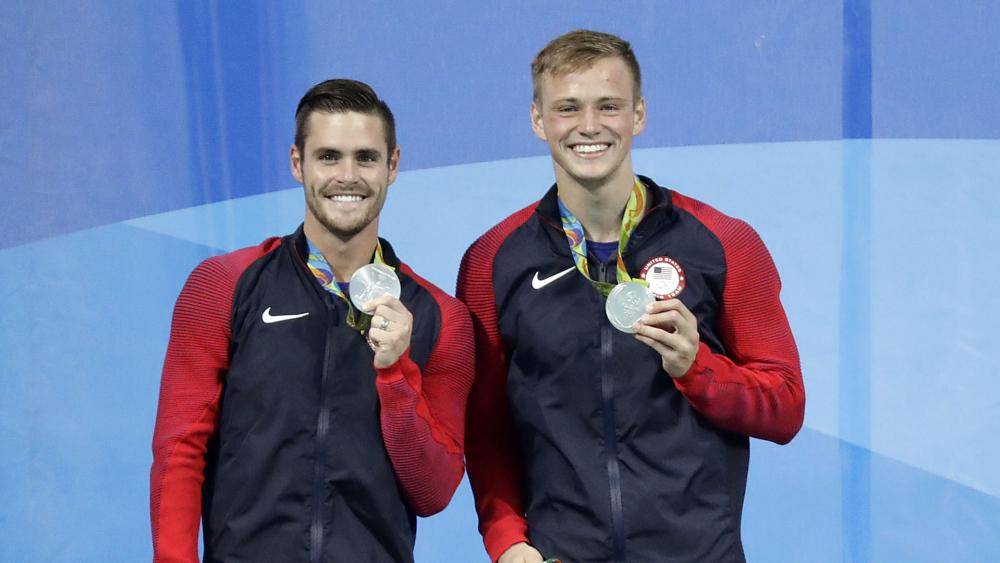 American Olympic divers David Boudia, 27, and Steele Johnson, 20, took silver in the men's synchronized 10-meter platform from their last performance in Rio from the summer games.

After the win, they took the moment to share how their faith keeps them grounded, regardless of their Olympic success.

Tomorrow David and I will represent Team USA in the Men's 10m Synchro Final. It has been a long journey to get to this moment, but the work is not done yet. Tomorrow, it's go time!

"We both know our identity is in Christ," Boudia told reporters afterwards.

CBN spoke with Boudia about his life's transformation. Watch his story.

Johnson, who is new to the Olympics this year, also credited Christ for helping him stay composed during the competition.

Boudia and Johnson, both from Indiana, have used their athletic platform to spotlight their faith in Christ.

Johnson said his faith helped him overcome a near-death diving injury to go on to fulfill his Olympic dreams. When he was 12, he struck his head on a platform, cracking his skull before falling into the water, The Indianapolis Star reported.

"When something like that happens in your life, a near-death experience, you don't know where you're going to be going with your life," Johnson said. "I could have stopped diving. I could have gone back to middle school and just been normal and played different sports like football or soccer.

"The fact that God gave me the ability to stick with it and persevere and not have fear and anxiety about diving, it all worked out in the end," he said.

In his recently released autobiography, Greater Than Gold: From Olympic Heartbreak to Ultimate Redemption, Boudia also details how becoming a Christian changed his life from suicidal thoughts, drinking, and drugs.

He also describes how the Bible verse Philippians 4:6: "Be anxious for nothing, but in all things through prayer and supplication, make your requests known to God," gave him the freedom and confidence to become a better diver.