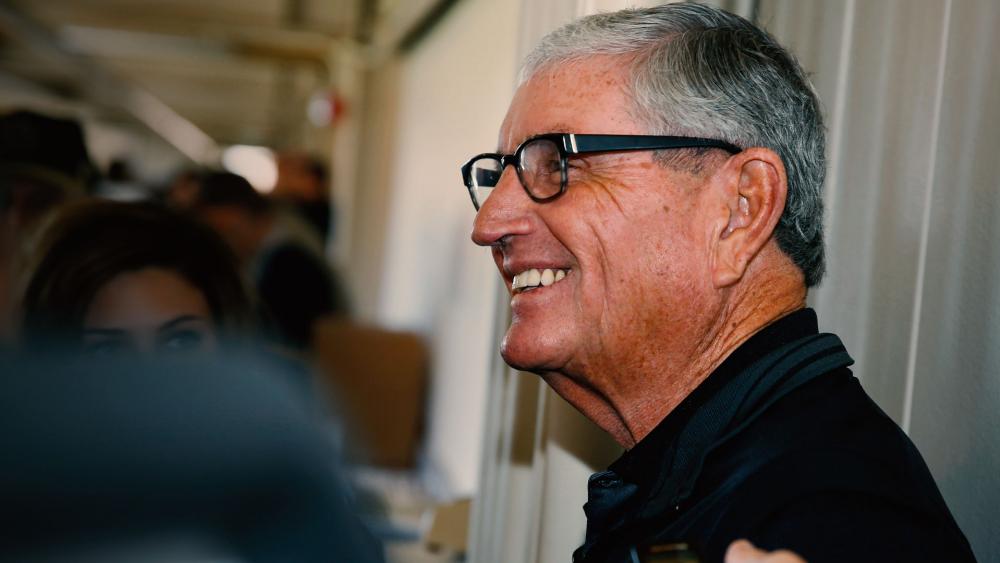 Bill McCartney, the legendary former Colorado University football coach and founder of the Promise Keepers men's ministry, has been diagnosed with late-onset dementia and Alzheimer's.

"We (his family) have been noticing memory issues for the past few years and he was recently diagnosed," his family said in a statement. "He is receiving treatment and we are hoping this slows the progression of the disease."

McCartney, who's slated as the winningest coach in the school's history, was inducted into the College Football Hall of Fame in 1990.

"Everybody knew he was serious about football," Alfred Williams, an all-American defensive end under McCartney through 1990, told The Denver Post. "But he was more serious about his family and how the players were treated at the University of Colorado. He was a champion for every, every athlete at the University of Colorado, no matter color, religion, sex, it didn't matter."

As much as McCartney loved football, he was even more serious about his faith.

In 1990, he founded Promise Keepers, a Christian ministry for men. Its rallies in stadiums and arenas urged men to be faithful to their wives and active in their churches.

"The word justice means seeing a need in others and responding to it," McCartney told CBN News in 2010. "So if you are really a person of justice then your antennas are up and you are looking for around saying, 'Lord how can I be a part of the solution.'"

McCartney's family says the 75-year-old is still the "same Coach Mac" – biking, golfing, supporting his old football team and being an active member of his church.

"We are making this public to ask for your understanding and patience as we know he frequently runs into fans, friends, and former players," the family wrote. "This is a frustrating and confusing disease, and if he appears disconnected or unknowing, please don't take it personally."

"Please keep Coach Mac in your thoughts and prayers as we navigate through this difficult time," they said.