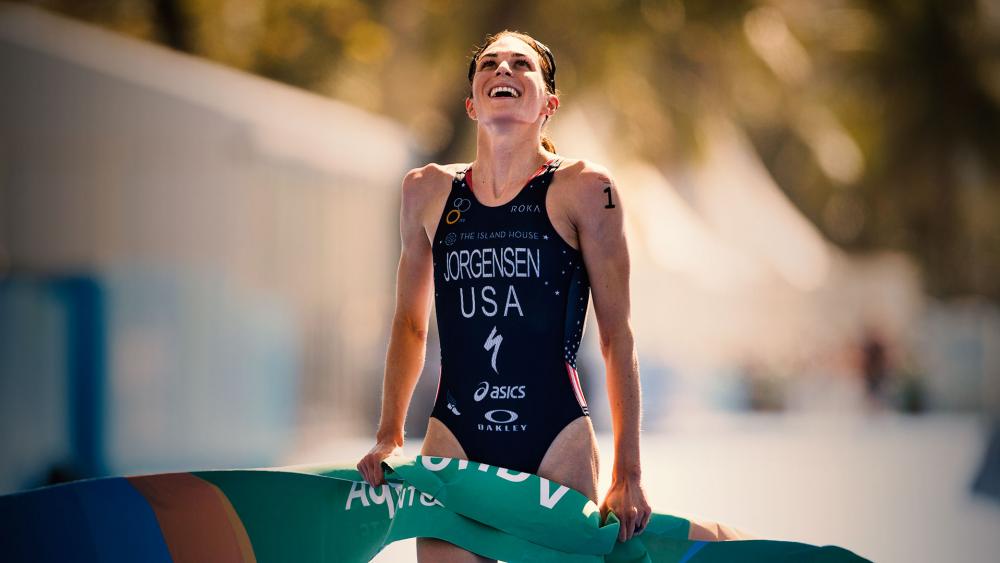 Gwen Jorgensen has become the first American woman to win gold in the Olympic triathlon, finishing atop of her field againist 56 other athletes.

So this happened yesterday. #dreamsdocometrue

Jorgensen spent three years on the swim team at the University of Wisconsin-Madison, where she was an All-American and Big Ten track champion, USA Today reported.
"I really think you just have to keep God as your focal point and know that he is always number one. When you do that, it will help you to gain perspective on everything in life—not just endurance sports," she said.Jorgensen is a two-time defending world champion in this swimming, cycling, and running event and along the way she carried her strong faith in the Lord.

"I knew I had more of a God-given talent in running, but I was more passionate about swimming," she said. "So I decided to swim in college. I walked on the University of Wisconsin-Madison Swimming and Diving team and competed for three years."

She went on to earn her masters and CPA and then took a job with Ernst & Young after graduation, despite her dream to compete in the Olympics.

One phone call from Barb Lindquist, a former top-ranked triathlete and Olympian, changed everything. She told her she had what it took to be a world-class triathlete as well.

Lindquist's encouragement was all Jorgensen needed to give her dream a chance at becoming a reality.

"I was glued to the TV when they had Olympic trials on like they have now. It was just something that I really loved," she said.

However she did not believe in herself like others did.

"When the USA Triathlon approached me, one of the first things they said was, 'You could be an Olympian.' And I was shocked. I basically laughed at them," she said. "I said, 'No, I tried that when I was younger and I basically don't have what it takes."

In 2012 she proved herself wrong when she qualified for the London Games. However she ended up in 38th place, due to a flat tire on her bike.

This time in Rio she is planning on a different outcome.

"Every race is completely different and that's something that I like about the sport. You go into the triathlon and you have no idea what could happen on race day and you have to be prepared for anything, which I think really makes it a hard race," Jorgensen said.

"I have one goal this year and that is the Rio Olympics on Aug. 20," she said.