Track Star Trayvon Bromell: 'Without God, I Wouldn't Be Able to Run' 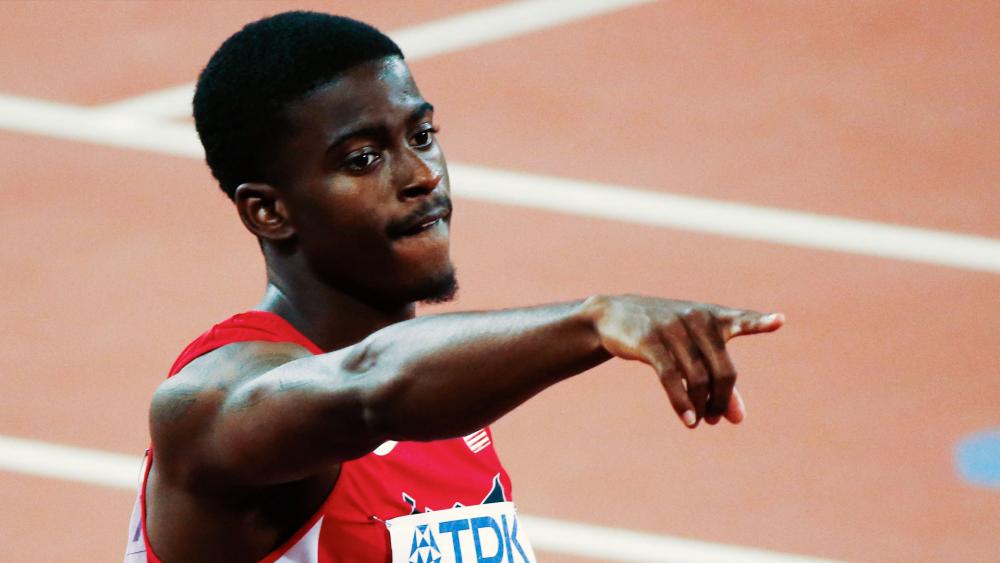 American sprinter Trayvon Bromell's dream of competing in the Olympics came true when he competed against Jamaica's Usain Bolt in the men's 100m in Rio.

For anything that becomes visible is light. Therefore it says, “Awake, O sleeper, and arise from the dead, and Christ will shine on you.” Look carefully then how you walk, not as unwise but as wise, making the best use of the time, because the days are evil. #StayFocus

Bolt won gold, while American Justin Gatlin came away with the silver.

Bromell, 21, ran the race with a sprained achilles and crossed the finish line eighth.

But the outspoken Christian isn't letting the loss keep him down.

"People telling me to hold my head up...do y'all not know the God we serve, I will never hold my head donw. God is great! #Blessed," he tweeted.

People telling me to hold my head up...do y'all not know the God we serve, I will never hold my head down. God is great! #Blessed

Bromell is the youngest sprinting champion with six world medals.

A native of St. Petersburg, Florida, his uncle encouraged him to start running at the age of 10. He first dreamed of competing in the Olympics more than 10 years ago when he and and a friend played a video game called Athens 2004. The game depicted characters mostly in track and field events.

"We had some downtime before one of our track meets and started playing this video game," said childhood friend, T.J. Holmes, a former star at Lakewood High who now runs hurdles at the University of Florida.

"We never thought about the Olympics or even watched them," he said. "After that, we wanted to be a part of something like that in the future. We were both hoping we could someday be characters in that game."

Bromell, who was favored to medal, tied with Andre De Grasse for the 100m bronze medal at the 2015 World Championships, behind Jamaica's Usain Bolt and fellow American Justin Gatlin.

But the super fast runner says he's running for more than earthly medals and attributes his success to God-given ability.

"Without God, without faith, I wouldn't be able to run track," Bromell told the Tampa Bay Times. "That is what has helped me to get to this point. I've had struggles, not just in track, but in life. Now, I want use the position I'm in to show others that you can achieve anything."

For Bromell, just being in the Olympics is all that mattered.

"I'm not selfish," Bromell said before leaving for Rio. "This was the dream, to be in the Olympics. I've already got everything I wanted. There are no worries. There's no pressure. Everything else is extra. I can just go and compete and live it out. If I win, then it was meant to happen. It was part of God's plan."

"I'm not really looking to be an entertainer or a celebrity," Bromell said. "I keep a low profile. I pay all of my bills. I'm thankful for everything. More than anything, I want to be a symbol, someone who can help change lives."