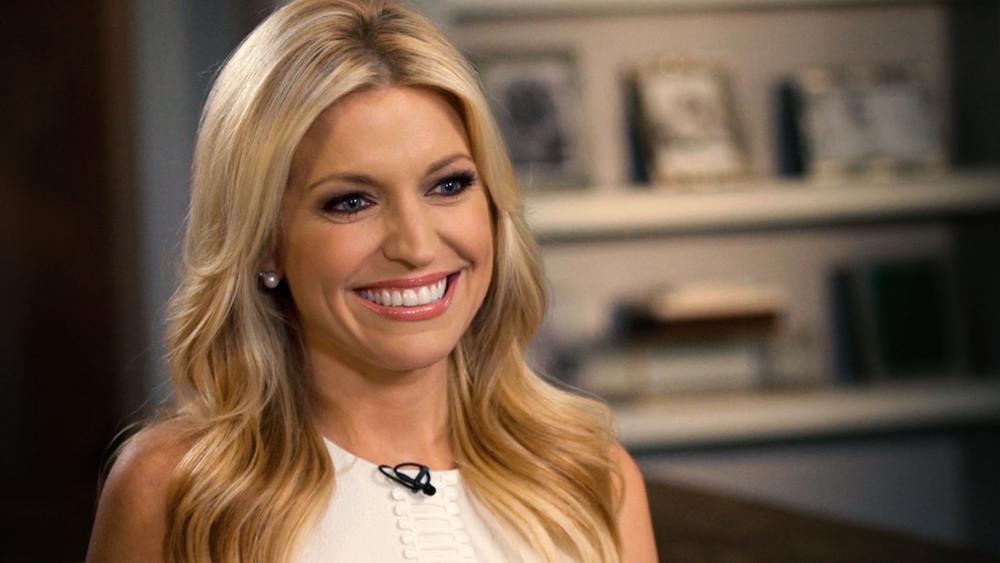 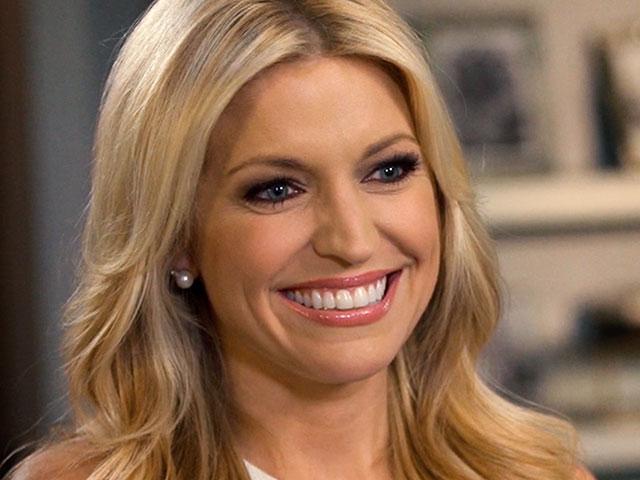 When not on the famous curvy couch with Steve Doocy and Brian Kilmeade, Ainsley interviews big names like Melania Trump, frequently appears with Sean Hannity, and recently unveiled her new book, Take Heart, My Child: A Mother's Dream, which immediately shot to #1 on the New York Times best-sellers list.

"I was, like, oh, my word, this is such a God thing!" Ainsley told CBN News in an exclusive interview. She compared her reaction to Abraham's wife, Sarah in the Bible. "Sarah laughed, because Sarah was barren and then she found out she was pregnant at 100 years old -- or however old she was -- and she just laughed. I can totally relate to that because God is so good and God did this and it just makes me laugh because I knew He would."

When she's not on the air, Ainsley spends time with her one-year-old daughter, Hayden, for whom she wrote the book.

She says the Bible was the inspiration for the title.

"Because of the scripture, 'Take heart, I have overcome the world," Ainsley explained, referring to the verse from John 16:33.

Take Heart: God is in Control

"I feel like I can take heart because I know that He's in control, and I want Hayden to know that she can take heart. God is in control. I will never let her go. I am always here for her, and I will love her unconditionally, the way that God loves me," she went on.

Ainsley wrote the book while she was pregnant with Hayden. She filled the book with inspirational quotes like the ones her own dad used to leave for her and her siblings at the breakfast table.

"I think my favorite one -- because every child likes Disney World -- was a quote from Walt Disney: 'I hope I'll never be afraid to fail,' she said. "Because Dad always said, 'you never want the fear of failure to stand between you and your destiny.'"

"You have to take that leap, and that's what I write in the book," she added.

A portion of proceeds from the book will be donated to 'Folds of Honor.' It's a charity that provides scholarships and assistance to military families - specifically to the spouses and children of disabled and fallen service members. For more information you can visit FoldsofHonor.org.

"When I got the job with Fox, I said 'God, are you sure?' I know nothing about politics, I've been covering car accidents and street closures and the pothole patrol in my hometown. I'm going into this big job."

It's a job Ainsley takes seriously.

"For Fox & Friends I wake up at three o'clock, I leave the apartment around 3:45-ish. I go straight into my office, I put on the dress and the heels and all of that. I go into hair and makeup, and while I'm there -- which is awesome that they provide that -- I'm studying for the show, I'm reading what's coming up," she said.

"The night before I've studied for my interviews, but that morning I get the talking points, and the talking points are all ad-lib. So if we're talking about the election or black Friday, or Christmas or whatever it might be -- or even the book -- we want to be prepared," she explained.

"And then we go down and we have a meeting about an hour before the show and we discuss what's coming up on on the show with all the producers and my co-anchors," she said.

On the air, Ainsley doesn't shy away from her Christian faith.

"Fox has never told me I can't share my faith," Ainsley told us. "They embrace that and they want us to be real and want us to be ourselves. And they've always said the audience can tell if you're not yourself, so I decided just to let loose."

Ainsley is living her dream now, it wasn't too long ago that she and her husband, Will, went through a heartbreaking miscarriage.

"We heard that heartbeat and it was so beautiful and so cool. And we went back for the next appointment and the doctor said there wasn't a heartbeat. My husband just held my hand and we said to her, we prayed for a healthy child and God had a different path. "

Three months later, Ainsley and her husband found out she was pregnant with Hayden. Ainsley says the day Hayden was born, and the day she became a Christian are the two best days of her life.

Giving Credit to God for Her Success

How does she juggle all of it?

"Full disclosure, it's not easy," Ainsley said. "I totally rely on God."

Ainsley says she's grateful for all of her success, and gives God the credit.

"The moment I stop giving Him the glory is the moment I will fall, and I will fail, and I know that. Because I've experienced that in my life. I've turned my back on Him and it was the hardest time of my life. I trust Him and I love Him. I'm just grateful, just grateful. All of my dreams have come true."