“Israel rejects this shameful anti-Israel resolution at the UN and will not abide by its terms,” Israeli Prime Minister Benjamin Netanyahu said in a statement released from his office.

“At a time when the Security Council does nothing to stop the slaughter of half a million people in Syria, it disgracefully gangs up on the one true democracy in the Middle East, Israel, and calls the Western Wall ‘occupied territory,” the statement said.

Despite an “indefinite postponement” on Thursday, the United Nations Security Council went ahead and voted on an Egyptian-sponsored anti-Israel resolution. But the bigger blow was that the U.S. abandoned its longtime policy of vetoing anti-Israel resolutions when it abstained from the vote allowing it to pass.

The resolution says Israel’s settlements (Jewish communities in biblical Judea and Samaria, including eastern Jerusalem) aka the West Bank, which they consider Palestinian territory, have “no legal validity” and demands a halt to “all Israeli settlement activity.”

The resolution says Israel's settlements on Palestinian territory occupied since 1967, including East Jerusalem, have "no legal validity." It demands a halt to "all Israeli settlement activities," saying this "is essential for salvaging the two-state solution."

“The Obama administration not only failed to protect Israel against this gang-up at the UN, it colluded with it behind the scenes,” Netanyahu said.

“Israel looks forward to working with President-elect Trump and with all our friends in Congress, Republicans and Democrats alike, to negate the harmful effects of this absurd resolution,” the statement added.

Israeli government minister and former ambassador to the U.S. Michael Oren called it a “sad and tragic night.”

Briefing reporters by phone late Friday evening, long after the Sabbath had begun, Oren said it was a “troubling event” for Israel and the Middle East.

The U.S., Israel’s “most important ally” abandoned its policy that it had maintained since 1967, a policy that President Obama had reiterated in 2011 – that the U.N. is not the place for the Israeli-Palestinian conflict to be resolved.

Instead of condemning the Palestinian for incitement, the U.S. is “singling out (its) only democratic ally in Middle East for censure,” Oren said.

It’s dangerous because nobody in the world will stand by someone who doesn’t’ stand by its allies, he added.

Despite, what he called a “severe” setback, he said Israel would continue to preserve this alliance.

AIPAC also issued a statement saying it was “deeply disturbed” by the Obama Administration’s failure to veto the resolution, saying in this administration as well as previous administrations had rejected “this type of biased resolution” because it “undermines the prospects for peace.”

“It is particularly regrettable, in his last month in office, that the president has taken an action at odds with the bipartisan consensus in Congress and America’s long history of standing with Israel at the United Nations,” AIPAC said.

AIPAC expressed its appreciation “to President-elect Trump and the many Democratic and Republican Members of Congress who urged a veto of this resolution.”

“The best way to further the peace process with the goal of a two-state solution—which we support—would have been for the international community to do everything in its power to persuade the Palestinians to return to direct, bilateral negotiations without preconditions with Israel. Unfortunately, the UNSC today irresponsibly adopted a ruinous resolution that can only make the goal of peace even more elusive.” 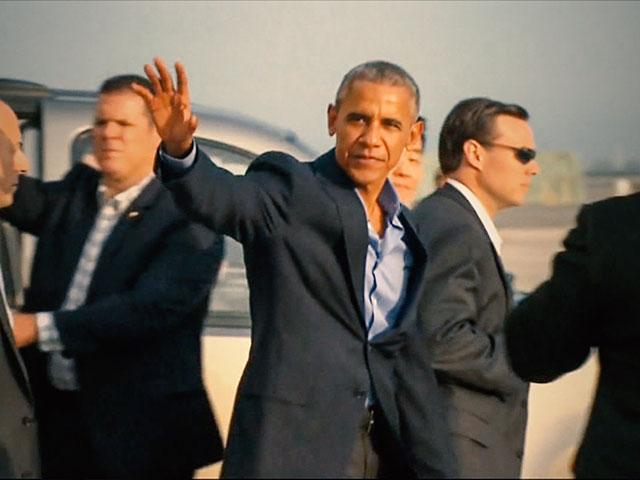