‘I Was a Monster’: Woman’s Shocking Transformation After Abandoning Heroin and Embracing Jesus Goes Viral 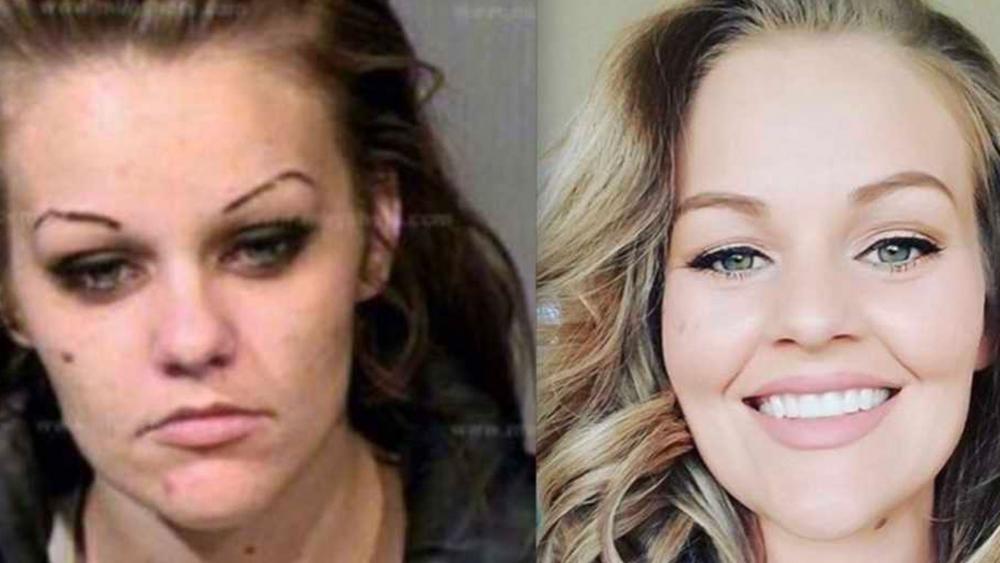 FaithWire.com - An Arizona woman’s Facebook post documenting her stunning transformation from drug-addict to doting mother and aspiring prison minister has gone viral in recent days, with the woman fully crediting God for saving her life.

It was Dec. 6, 2012, when Dejah Hall, 26, says she finally hit rock bottom and got the help she needed. Hall, who was addicted to meth, cocaine and heroin, said her life had spun completely out of control.

“I was a monster in every sense of the word,” she told KNXV-TV.

Hall said that her drug addiction started with pills and “just went downhill from there,” eventually leading her to heroin and meth and to a place in which she no longer cared if she lived or died.

But it was a candid conversation with her grandfather that served as her final breaking point.

“My grandfather was sitting in his wheelchair and he looked at me and said, ‘You’re hurting me, Dejah,'” Hall recalled. “I really looked at who I had become, a disgusting person.”

So, she made a promise to her grandfather that she would get better and, hours later, was arrested on felony charges and went to prison. That’s when she found God, abandoned drugs and changed her life for the better.

It was on Dec. 6, 2016 — four years after she got sober — that Hall posted a message to her Facebook page that quickly went viral. She shared a note about her sobriety along with some shocking before and after photos, showing the profound toll the drugs had taken on her. “Today marks 4 years clean from heroin and meth. The top left is me in full-blown addiction. I was a terrible iv user and like most, progressively got worse,” she wrote. “The bottom left is me the day I was arrested 12-6-12 and coincidentally the day I finally surrendered to God!”

Today, Hall is a mother of an 18-month-old baby girl, and is halfway through her college degree; she hopes to become a prison minister so she can help others who face similar struggles.

“Every day I thank God that I am not where I once was!” she wrote. “#Sobriety is #Possible.”

In a follow-up Facebook message, Hall said she wanted to make it clear that, though some media haven’t included her comments about God in their reports, it is her faith that has brought her out of addiction and changed her life.

“Just to be clear, I did not get here without the love and support of my Lord and Savior Jesus Christ!” she wrote.

According to KNXV-TV, Hall will begin work as a drug and alcohol counselor at a community organization starting in January.